Skip to content
HomeProof that Obama is out of touch with reality.

U.S. President Barack Obama said in a December 30th Oval Office interview with Steve Inskeep of National Public Radio, that, “wherever we have been involved over the last several years, I think the outcome has been better because of American leadership. This statement from him was part of his answer when Inskeep asked whether the President had regrets about “overthrowing the Gadhafi regime in Libya.

Is that right Barry? Let’s look at the evidence shall we?

Syria: Before US backed rebellion 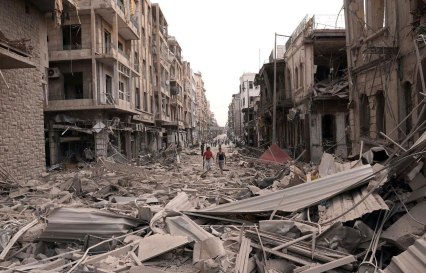 Donetsk, Eastern Ukraine before the US / EU engineered coup

OK, nuff said I think. Old Barry certainly has a different idea of what is meant by ‘the outcome has been better’ than the rest of us.

RELATED POSTS:
There’s No Such Thing As ISIS