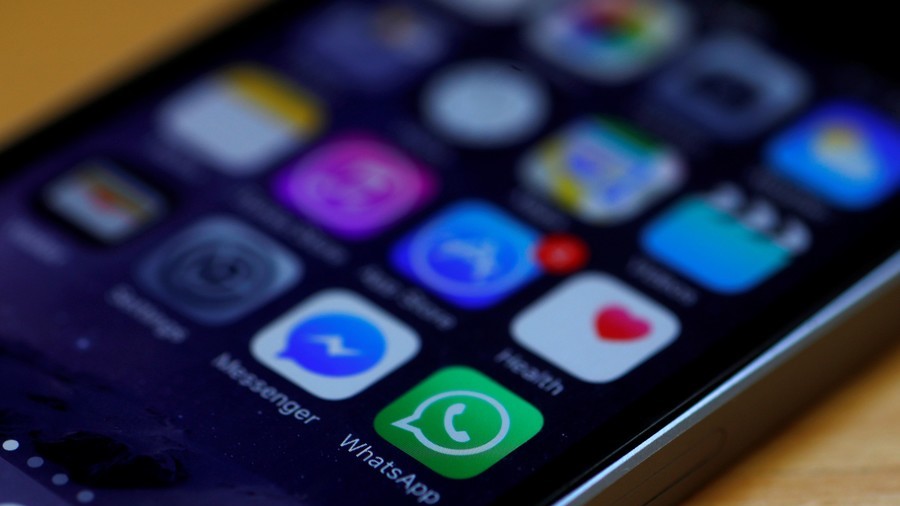 Picture © Phil Noble
Google is facing yet another lawsuit arising from its abuse of internet users’ privacy rights. This time the world’s most evil corporation (except for Facebook,) is being sued over allegations that it collected personal data of millions of  iPhone users without offering an opt out or even putting an advice in the small pring of their terms and conditions. Up to 5.4 million people in Britain alone could be entitled to compensation if the class action is successful.

A group led by Richard Lloyd, the executive director of consumer body Which?, claims the internet giant unlawfully collected personal information by bypassing the default settings on the iPhone and tracking online behavior of people using the Safari browser between June 2011 and February 2012.

Google then allegedly used the illicitly gathered data in its DoubleClick advertising business, which enables advertisers to target content according to a user’s browsing habits. Such action is a “violation of trust”  Lloyd said. He added that the lawsuit is unprecedented and represents “one of the biggest fights of my life.” At this point the lawsuit only applies to data gathered from  iPhones. If the case goes against Google it could change the way we use the internet as ad – funded websites will no longer be viable.

“I believe what Google did was simply against the law. Their actions have affected millions, and we’ll be asking the courts to remedy this major breach of trust,” Lloyd told the Guardian. “In all my years speaking up for consumers, I’ve rarely seen such as massive abuse of trust where so many people have no way to seek redress on their own.”

Lloyd, who has set up the group Google You Owe Us, added: “Google owes all of those affected fairness, trust and money. By joining together, we can show Google that they can’t get away with taking our data without our consent, and that no matter how large and powerful they are, nobody is above the law.”

The idea that internet companies are not above the law will surprise Google executives whose actions show they believe Google can choose which laws it obeys, and send shockwaves through the Silicon Valley tech giants, whose profits have been swelled enormously by their being allowed to play fast and loose with privacy and consumer protection laws.

Roughly 5.4 million people in Britain had an iPhone between June 2011 and February 2012 and could be eligible for compensation, according to the claim. Although the size of any payout would be determined by the court, Lloyd said he expected each claimant would receive several hundred pounds.

Lloyd has secured £15.5 million in backing from Therium, a company that funds litigation and has previously backed group claims such as the consumer action against Volkswagen in the scandal over diesel emissions.

A Google spokesperson said: “This is not new. We have defended similar cases before. We don’t believe it has any merit and we will contest it.”

He may well be wrong about that. While Microsoft have always taken a ‘caveat emptor’ approach to security flaws in its producs, Apple guards its intellectual propoerty far more assiduously, and this breach was only achieved with a deliberate hack.

The case is the first time such a collective action – in which one person represents a group with a shared grievance, akin to a US-style class action – has been brought in Britain against a leading tech company over alleged misuse of data.

Google has already paid millions of dollars to US states and the US Federal Trade Commission over the Safari security bypass, which also suggests the smug spokesperson quoted above is on very dodgy ground.

Google Now Has Access To Millions Of Patient’s Health Records

A controversial deal between tech giant Google and the National Health Service (NHS) will allow artificial intelligence units access to 1.6 million confidential medical records. Since 2014, Google has partnered with several scientists in an attempt to understand human health, but a new report reveals the data gathering goes far beyond what was originally anticipated – well now there’s a surprise.

Servergate: Clinton Emails reveal how Google tried to help Obama Administration defeat Syria’s Assad
The unhealthily close relationship beteen Google and the US government has been known for a while, but despite having been caught in their incesteous coupling, the parent and child relationship seems to be getting more intense. The latest revelation from the Hillary Clinton emails shows how Google was involved in the bid to overthrow Assad in Syria

What The controllers have In Store For Your Future
If you thought the book Nineteen Eighty-four by George Orwell was something else—even possibly off the wall when written—wait until you learn what’s planned for us by the year 2025! George Orwell, in retrospect, seems to have been able to tap into some sort of future-time-machine or a “worm hole” in physics—what’s known as an “Einstein-Rosen bridge,” because much of what he wrote about has come to realization.

How Google Destroyed the Internet
The idea of the internet was that it would be a communications tool that freed information by making all public domain documents, libraries and archives accessible for everyone. Unfortunately the corporate monopoly men of Google, Microsoft, Apple, Amazon and Facebook and political control freaks had other ideas. They also understood the technolgy while the hippies and liberals ignored professionals warnings that internet systems would become a perfect toool of censorship.

Google a step closer to developing machines with human-like intelligence
Computers will have developed “common sense” within a decade and we could be counting them among our friends not long afterwards, one of the world’s leading AI scientists has predicted. Professor Geoff Hinton, who was hired by Google two years ago to help develop intelligent operating systems, said that the company is on the brink of developing algorithms with the capacity for logic, natural conversation and even flirtation.

I’ve been trying to warn you for years but would you tech heads and science heads listen?
A facebook friend, Mary Bladley McCaulay writes: Now I know for sure Google earth is following me. Went to the Dentist in Mufreesboro this AM. When I got back to my sons house and got online with my Kindle, first thing I saw was a Dental ad.

Who Runs America? US Federal Trade Commission Takes Orders From Google
Barak Obama runs America surely, you might well be thinking. We would argue that no US President since Eisenhower has truly run the USA. But the latest revelation of how cosy the Obama Administration has become with corporate business, to the extent that government departments are taking instruction from Google will shock even the most cynical Americans

Google Meets White House Officials Every Week, Why?
We have been very suspicious for ten years of the way Google with such apparent ease achieved a dominant position in web search. How did it happen, did Google do something evil, did they invoke the powers of darkness in their meteoric rise. Or were there even darker forces at work, powering Google to a position in which their internet technologies could dominate global information flows? Here’s something cynics should read.

Cashless Society – The Resistance Begins Here
A seaside market town in Norfolk may be less than 100 miles from the world’s financial capital, London, , it may be the commercial centre of West Norfolk’ as the town website boasts, it may be home to 45,000 people — but there, unlike in London, cash is king.

EU taking on Google – Well One German Publisher Is
Those New World Order fanatics at The Guardian, bless them, seldom miss a trick when it comes to promoting the single European Superstate and the globalist agenda. Their latest misrepresentation is to try and make us feel the European Union is somehow protecting our freedoms even as the bureau rats of Brussels are taking them away.

Has Zuckerbugger Been Messing With Your Mind?
It has been revealed that Facebook has been collaborating with the US government and creepier fringes of the academic community in carrying out experiments to manipulate users emotions. “Facebook users have reacted angrily to a “creepy” experiment carried out by the social network and two American universities to manipulate their emotions.”

Pissed Off With Government/Microsoft/Google Online Spying? Be Completely Anonymous Online
Not so long ago our biggest worry online was malware, virus software, trojans and worms plagued the internet cost many people a lot of time and worry. Since about a year ago everything has changed, protecting our digital privacy is the issue and the enemy is no longer spotty little nerds hunched over computers in dimly lit basements, but governments and major technology corporations.

Google Car Driverless Because No Sane Person Would Be Seen Dead In One
A few years ago Google boss Eric Schmidt said the company’s aim was to get as close to creepy as they could without crossing the line. Well they had crossed the line long before he said that. The latest Google wirdness is the much hyped driverless car. It looks as if it was designed by a five year old. On the other hand it might be the ideal car for paedophiles who want to go cruising for jailbait.

Reasons To keep Google Away From your Credit Card Information
I did not use Gmail a lot because although the mail got through, I started to be bombarded with targeted ads related to keywords used in my mail exchanges (they weren’t keywords as far as I was concerned, just conversation. That did not worry me much but the idea that Google were sharing my email content with the bastards throwing these ads at me did.

Don’t be Evil, Google Will Do It For You
Google have abandoned their “Don’t Be Evil motto. Good thing really, they are becoming more evil every day. The latest plans to integrate our brains with their servers may seem like a science fiction freaks wet dream, but these creepy nerds are serious …

Don’t Be Evil, That’s Our Job Is Google’s Real Motto
Don’t Be Evil said Google’s web page. But the search engine giant is the most evil of all the technology companies (though the rest can make Satan, Beelzebub, Belial, Azazel and the other Biblical demons look like choirboys. Read of Google’s latest step in advancing their evil agenda to take over our lives and make us all slaves of their technology.
A collection of articles by Ian R Thorpe on the unethical and dishonest ways Google has gained an unhealthy degree of influence over the internet.