Skip to content
HomeUniversities To Be Banned From No Platforming Speakers 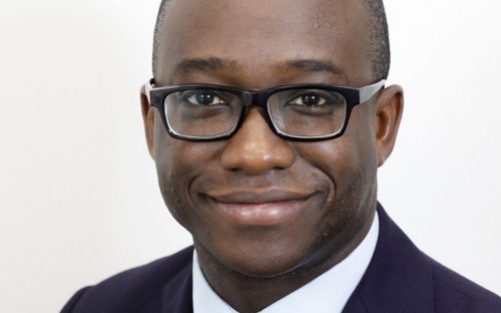 Universities in the UK are in “danger of developing a mono-culture” where only certain political and ideological views may be expressed, Mr. Sam Gyimah, the Conservative MP for East Surrey, and a minister in the education department has warned.

Mr. Gyimah said one student he met during a nationwide tour of university campuses had “Conservative bitch” written on her bedroom door after airing her political views in a lecture.

In another university, a student had his car egged for expressing his political opinions, the Member of Parliament said.

The minister will announce a “tough guidance” program on the issue at a free-speech summit that he is chairing today in London, reports The Times.

Under the proposals, the Department for Education would take steps to protect free speech on UK campuses; the first government intervention on the issue since the free speech duty was imposed on universities as part of the Education Act in 1986, says the newspaper.

The guidelines will state that all shades of opinion must be welcome at universities, as long as it does not violate existing laws – for example, on encouraging terrorism. Any university or student union in breach of the rules may be “named, shamed or even fined” by the new Office for Students (OfS) regulator, which will have the power to deregister universities, according to the Daily Mail.

“A society in which people feel they have a legitimate right to stop someone expressing particular views on campus simply because they are unfashionable or unpopular is rather chilling,” Gyimah is expected to tel his audience at King’s College, London. “There is a risk that overzealous interpretation of a dizzying variety of rules is acting as a brake on legal free speech on campus.”

The Times reports an investigation by MPs which found “campaigners against abortion, Christian groups and conservative secularists were among those who have been denied a hearing, and even subjected to violence to prevent tem speaking at British universities”. Feminists who oppose transgender self-identification have been met with similar resistance.

Political figures have also been subjected to this form of censorship by left wing activists at universities. In February, pro-Brexit Conservative MP Jacob Rees-Mogg was caught in the middle of a fight on Bristol University campus when protesters violently disrupted a student event to prevent him speaking.

The new proposals were criticised by Labour’s shadow universities minister, Gordon Marsden, who said that Gyimah was trying to “micromanage free speech issues”. Marsden added that any discussions about regulation should be conducted in the open, rather than at private meetings inside the Department for Education, The Guardian commented.

Marsden might have a point except for there having been an outraged response from the public at reports of people such as Prof Germaine Greer, a lifelong feminist and author of the book The Female Eunuch being prevented from speaking because of her views on transgenderism.

Greer, an uncompromising Aistralian, said, “Having your dick and balls lopped off does not make you a woman, these people will never have periods, they have no ovaries. They cannot know what it’s like to have a big, hairy, smelly vagina.

The Right To Tell Politicians To Eff Off In An Age Of Self Appointed Censors, and Compliant Media
Our right of free speech is increasingly under attack from control freak politicians, politically correct left wing activists and the dark forces of corporatism.

Google, Facebook and Twitter Yield to German Govt Demand to Censor Anti-Migrant ‘Hate Speech’ (aka Free Speech)
Over the past couple of days we, and many other New Media outlets reported the horrific incident in Cologne, Germany at New Year, in which a crowd on male, recently arrived immigrants, all of Arab or North African appearance according to witnesses carried out a mass attack on German women who were simply trying to use the railway station.

Sharia Law in Germany: Christian activist Heidi Mund charged with “agitation against the people”
Germany is sliding towards fascism as Hausfrau – Volksfuhrer Merkel outlaws free speech for Christians. All criticism of Islam and discussion of Muslim crimes is hate speech it seems, but the ranting of Islamic hate preachers as they call on Muslims to kill all infidels is acceptable rhetoric.

Democracy Murdered In France
I’m hearing very disturbing news from the French regional elections, predicting that the Front National, comfortable winners in last week’s first round of regional elections, hasve been routed in all regions. For that to happen, and to happen through a massive increase in turnout, suggests electoral fraud on a hughe scale. Or has France joined Britain in adopting the Islamic version of democracy, which is one man one vote, one Imam one thousand votes.

The Self Righteous Minority That Threaten Free Speech
In the past five decades the freedoms cherished in universities in democratic societies has increasingly come under attack from those who style themselves ‘The Left’. This of itself is bizarre because left wing thinking ought to be about freedom of the individual, self determination and personal development. People died for the right to speak freely, just as they did for the right of every citizen to vote in democratic elections. So where did it all start to go wrong?

Internet being ghettoized by government an corporate media, Matt Druge warns
The very foundation of the free Internet is under severe threat from copyright laws that could ban independent media outlets, according to Matt Drudge. “I had a Supreme Court Justice tell me it’s over for me,” said [Matt] Drudge, warning web users that they were being pushed “pawn-like” into the cyber “ghettos” of Twitter, Facebook and Instagram.

Free Speech And The ‘Black Lives Matter’ Book Burners
The news that students and administrators at a Connecticut, USA, university are ‘boycotting’ the Wesleyan Argus student newspaper for publishing an op-ed that was mildly critical of some aspects of the anti-police-brutality group Black Lives Matter (BLM). Their petition reads: ‘This boycott includes recycling the Argus and demanding [its] funds… be revoked.’