Skip to content
HomePolice can’t say Skripal & Amesbury cases linked, or that those responsible will be caught 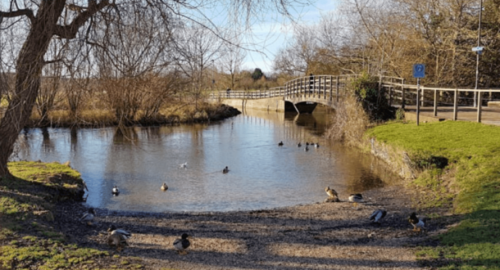 Queen Elizabeth Garden in Salisbury, where the Skripals fed the ducks while
The head of Britain’s counter-terrorism operations, Neil Basu, has said the agency cannot positively link the poisoning in Salisbury, Wiltshire, of former Russian agent Sergei Skripal and his daughter Yulia to the more recent poisoning of the late Dawn Sturgess and her partner Charlie Rowley in the same town with an as yet unspecified nerve agent. Nor can they guarantee authorities will catch those responsible for the nerve agent poisoning of the Skripals and Dawn Sturgess,

Basu, who heads Counter Terrorism Policing nationally, told residents of Amesbury he would “love to be able to say that we have identified and caught the people responsible and how we are certain there are no traces of nerve agent left anywhere in Wiltshire, but the brutal reality is that I cannot offer you any reassurance or guarantee at this time.”

Sturgess and Charlie Rowley reportedly fell ill after coming into contact with Novichok on June 30, and Sturgess died days later. This is the same nerve agent believed to have poisoned Sergei and Yulia Skripal in March. Public Health England have repeatedly said there is no wider threat to the public arising from the Skripal case.

We can perhaps believe the latter assurance as well respected chemists have confirmed that Novichok, the nerve agent generally agreed to have been used in the bid to assassinate the Skripals would decompose if exposed to the environment for three months. The rest of the official narrative however was always as full of holes as a bagel bakery.

A new development has only added to the confusion:

According to Rob Sloane in The Blogmire.com on 28th March, an article appeared in the Sun, which talked about a 12-year-old boy from Salisbury, Aiden Cooper, who was apparently in a park with his parents, when he saw the Skripals and went over to them to feed the ducks:

“A schoolboy told yesterday how he was caught up in the poison spy drama after assassination target Sergei Skripal gave him bread to feed ducks. Aiden Cooper, 12, was playing in a park with pals when they saw Skripal and daughter Yulia beside a stream. They were handed bread and are among the last people to have had contact with the retired ­Russian military intellig­ence colonel, now fighting for his life.“

It is usual when citing The Currant Bun (for U.S. readers that’s rhyming slang,) to have a truckload of salt handy as every other word needs to be taken with a large pinch of the stuff, but in this case not only is there no reason why the people quoted in the article, would make up such stories. In any case, the story was repeated in a number of other outlets (The Mirror, The Mail and Metro for instance) and parts of it at least have been confirmed by police when they were questioned on the story, although they did not volunteer the information in the aftermath of the incident when the media and establishment were focused on blaming The Russians.

The interesting thing about The Mirror, The Mail and Metro pieces is that they are all vague about a quite crucial detail. The Mirror and The Mail both tell us that the incident took place “near the Avon Playground”. And Metro tells us that the incident took place at “Riverside Park”. The Avon Playground mentioned by The Mirror and The Mail is next to the Avon River, and it is also about 50 yards or so from the bench where the Skripals were found (as an aside, this is not the same Avon as runs through Stratford-upon-Avon. Avon is a Celtic word meaning river and there are several river Avons in modern Britain). As for Riverside Park mentioned by Metro, no such named park exists in Salisbury although there is a Queen Elizabeth Garden which is a park on the riverside and is where Dawn Sturgess is alleged to have picked up a syringe part filled with an unknown substance. But the important point is that from the details given in these articles most people would assume that the duck-feeding incident took place in the same park as the bench on which the Skripals were found.

Yet all three of these media outlets are wrong, and in a way that may well be very significant. Turning back to the report in The Sun, we find that it is by far the most detailed of all the reports on the duck incident. In fact, it appeared three days after the others appeared, with The Sun sending a reporter to interview the boy and his parents. From that and from independent reports supplied by people living in Salisbury, we learn that Queen Elizabeth Garden is on the other side of town from locations linked to the Skripal case and the police timeline for the incident does not mention the Russians having been there at all. Yet if police officers managed to contact Aidan cooper’s parents from a photo taken in the park they must have known both he and the Skripals were there.

All this does not by any means prove that Russian agents were not involved in the first poisoning, but it does reveal that a lot of the evidence used to support the government’s accusations was unreliable if not totally fabricated.

So what is going on? Is there any link between the incidents? Do the police or security services have any idea what really happened, let alone who might be responsible? The more we learn about this case the more questions it throws up.

One thought on “Police can’t say Skripal & Amesbury cases linked, or that those responsible will be caught”