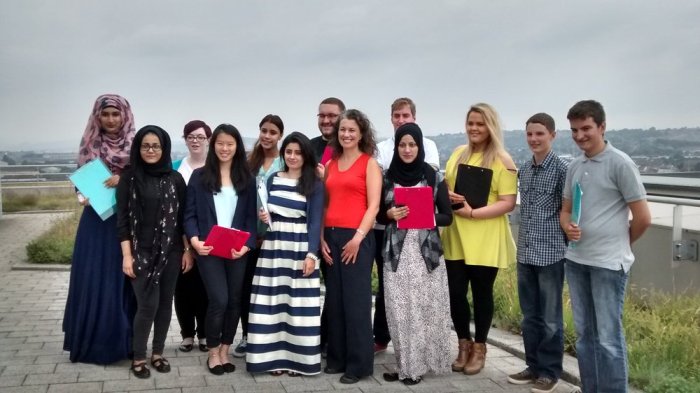 Labour MP Sarah Champion MP says the hatred directed at her by hard left supporters of Labour and members of other left wing extremist groups has “aged” her.  The Jew-hating Labour Party threw Ms Champion off its front bench a “British Pakter she wrote an article for The Sun in which she identified Pakistani men as being responsible for raping and exploiting white girls” in the town’s now notorious grooming and abuse scandal. She has been given enhanced police security since the article was published in 2017 — but refuses to be intimidated and vows “I am quite a long way from done.”

The Member of Parliament for Rotherham told the Telegraph the serious and credible threats she has received necessitated enhanced police security since she made her remarks, and that “If a stranger comes up to me I’m wary, which is difficult because my job as an MP is to be in the public domain.”

“Britain has a problem with British Pakistani men raping and exploiting white girls,” Champion wrote in her Sun article in 2017.

“There. I said it. Does that make me a racist? Or am I just prepared to call out this horrifying problem for what it is?

“For too long we have ignored the race of these abusers and, worse, tried to cover it up. No more. These people are predators and the common denominator is their ethnic heritage.”

Whether or not Champion’s sentiments were “racist” they were evidently unpalatable to the middle – class, profession, far left extremists who now control The Labour party. It’s pro – immigration, pro-multiculturalism leadership promptly expelled her from the Shadow Cabinet.

I wonder how many of these affluent, virtue signalling lefties live in Tottenham opposite the Marcus Garvey Library, named after a US Black nationalist, next door to the Bernie Grant Arts Centre, named after a British race agitator, and just 5 mins from Broadwater Farm, scene of race riots that culminated in the death of one police officer. While not a Labour supporter I would vote for Sarah Champion to show support for her brave and principled stance and her understanding that we must all be equal before the law and those who commit  crimes under  British law while living in Britain must be tried and punished under British law. That what they did is not considered a crime in their homeland cannot be a consideration.

If there is one thing we should never allow to influence the judgement of criminals it is virtue – signalling, left wing white people who imagine themselves saviours and protectors of other races, policing our spoken and written words for potential ‘offence’ to ethnic, religious and sexual minorities.  For fifty years these dogooderfuckers have screamed about sexism and rape culture, yet are quite comfortable with the idea of under age girls being  being raped so long as the perpetrator’s skin is darker that the victioms, because it is fashionable to show how much one cares about Islam and ‘diversity.’

In mosques – and there are now more of them in many inner city areas than pubs or churches – up and down the country the kuffar / non-believers are ritually denounced by Muslim preachers in terms that, were they uttered by a white person against minorities would result in the speaker being thrown into jail for “hate speech”.

Left wing extremists are unperturbed by this type of hate being far more concerned about possible ‘offence’ to minorities from ancient TV shows even though the show that upsets them most relies for most of its laughs on a middle aged white bigot being made to look ridiculous by his wife and their black neighbours. Even when the black actor who played the joint male lead said the show is not racist but reflects attitudes that were prevalent in the 1970s, he was turned on by the extremists, surely the most bigoted and self righteous political grouping since the heyday of fascism in the 1930s.

This behaviou of left wing extremists is quite comic in its own way. Such fanatically ‘anti-racist’ white people are a laughing stock to non-whites, who look on them with contempt – and rightly so. Sarah Champion is one of the few current UK politicians I am aware of who seems to understand that her job is to represent the interests of ALL who live in her consituence, regardless of their race, religion, lifestyle choices, whether they voted for her or not (and also if they are not yet old enough to vote,) and not to represent the vested interests that fund her party or minorities that support the party.