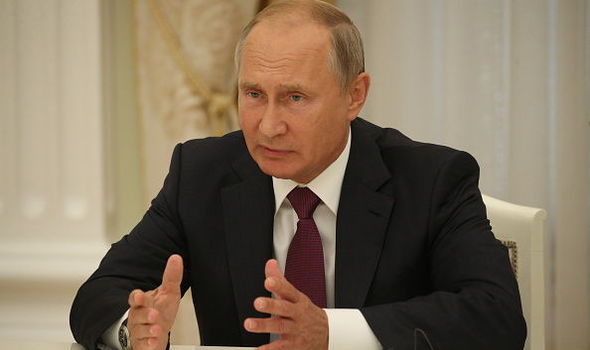 RUSSIA has said it will not back down after US President Donald Trump’s latest sanctions became effective. The punitive measures are punishment for the Salisbury nerve agent attack that hospitalised former spy Sergei Skripal and his daughter Julia.

The Russian foreign ministry’s defiant response to new sanctions indicates that they will not force the country to change its course and that any attempt to economically cripple the country will only make future dialogue with them more difficult.

The Kremlin warned that any retaliation by Vladimir Putin aimed at President Trump and the US will be in line with Russia’s national interest. This probably indicates an intensification of the Russian / Chinese initiative to dump the US$ as global reserve currency.

Spokesman Dmitry Peskov said that Mr Putin “has on numerous occasions said that he will do what it takes to protect our country’s interests in the wake of such unfriendly steps”.

The stark warning came as Vladimir Putin seemingly shrugged off US sanctions by arranging to hold trade talks with Chinese counterpart Xi Jinping. It had previously been shown that US santions hit European allies such as France and Germany harder than Russia which has harly any trade with the US. Consequently US relations with Europe are being soured.