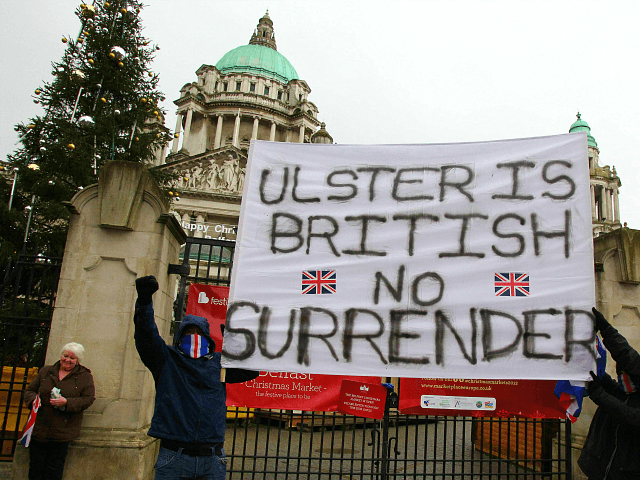 A report in the Sunday Times is accurate, May has assembled a detailed “secret” Brexit plan that, among other details, would kill off the controversial Northern Ireland “backstop” that had become the main obstacle to further negotiations.

Working in secret, May has reportedly developed a detailed, 50-page plan for a Brexit treaty that will allow the entire UK to remain within the EU customs union – that is, until a final deal can be hammered out during the transitionary period, which Brexiteers fear could mean “forever”.

As part of the new “secret” deal, May has effectively scrapped most of her controversial four-page “Chequers plan”, and replaced most provisions governing the single market and customs union with an agreement to hash out a “Future Economic Partnership” – essentially an open-ended agreement to continue negotiations that leaves open the possibility of reaching a free trade deal like the one enjoyed by Canada, a provision that is bound to appease at least some of the Brexiteers.

However, the Democratic Unionist Party (DUP) a Brexit-supporting Northern Irish party currently propping up Theresa May’s minority government has rejected concessions to the European Union (EU) which could have left Britisg citizens in the province subject to EU judges for years.

The Prime Minister had reportedly persuaded EU bosses to drop their insistence on splitting up the United Kingdom and separating Northern Ireland from the rest of Britain’s Home Nations with customs checks in a so-called “customs compromise”.

Northern Ireland’s Democratic Unionists Party (DUP) had threatened to vote down the budget if the UK was divided in this way. Mrs May proposed to keep the entire UK tied to the EU’s Customs Union as a compromise, while Brussels was pressing for Northern Ireland to be subject to Single Market regulations as well.

Throwing this “compromise” out, the DUP’s Westminster leader Nigel Dodds said: “If Northern Ireland is subject to EU Single Market regulations, then it will also be subject to the European Court of Justice in some form as the arbiter of those regulations.

“This position leaves Northern Ireland a rule taker from Brussels. We’re confident we can get a good deal, good for all four corners of the United Kingdom.”

May has been despoerately trying to keep Britain tied to the EU by stealth ever since the process began, though she never committed herself in the brexit campaign, (she’s always been the kind of politicians that in public goes the way the wind is blowing, has revealed by her actions she is privately a rabid remainer and a globalist.