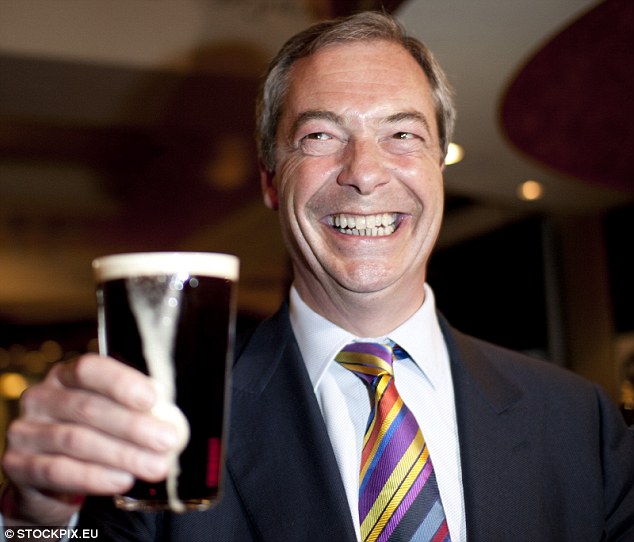 Nigel Farage, who led the successful Brexit campaign, warned backsliding elitist politicians on Tuesday that his brexit Party would spark a political “revolution” – a cliched line but appropriate given the mood of the country – and strike fear into the hearts of ineffectual Tories who have so far failed to deliver on the promise of the Brexit referendum if the UK is forced to contest EU Parliament elections as part of Prime Minister Theresa May’s, the Sun newspaper reports.

In an interview with the Sun, Farage confirmed the official launch of the Brexit Party would happen during an event in Coventry on Friday. He promised the new party would contest every region in the May 23 European Parliamentary elections, which he is sure will happen if the UK is granted another Article 50 extension. He spoke as Theresa May (it rhymes with betray,) was in Brussels begging for more time to get her Brexit-in-name-only deal throgh parliament after it has already failed three times. Any extension the EU offers is likely to be laden with more unacceptable terms and conditions.

The Brexit party, Farage said, would dedicate itself to leading a fighting back against “the betrayal of democracy” by May and the Conservative Party she leads and the opposition Labour and Liberal Democrat prties. Though a twitter account for the Brexit Party, Farage added that if you supported Brexit, “both parties have failed you.”

Farage says that beyond resuing Brexit from Remainers of both the Conservative and Labour Parties who have been determined to overturn the referendum result, the goal of the Brexit Party is to upend the British two-party system in its current form. His announcement followed remarks from Tory Brexiteer MP Anne Morris, who said she might vote for the Brexit Party if European elections happen.

Threat Of Major Scandal Prompted Early Election Move – UKIP
Leaders of the (UKIP) have made astonishing claim that Prime Minister Teresa May’s calling an early General Election was done to pre-empt a series of by-elections that could be called following alleged electoral fraud. Accusing the Conservative government of “putting party before country”, UKIP appeared to suggest the scandal and ensuing disqualification of MPs could rob the government of its slender majority.