This blog has always taken the line that tolerance can be taken too far, (and often is in loony – liberal dominated places like Canada and California where laws are being passed almost daily, with the aim of forcing sane people to tolerate the intolerable.) The latest and one of the most grossly stupid examples from this is a story from Vancouver of a girlie man who get upset and litigious when beauty therapists who offer bikini line waxing among their services refuse to was his hairy lady – scrotum, (because in politically correct Canada women can have a scrotum and a dick and balls. It’s not about biology, it’s about feelings, right? Bizarrely (or maybe not, this in loony liberal Canada remember,) the courts are siding with this pathetic, attention seeking idiot, and imposing penalties on women who don’t want to handle this dick’s balls that are putting them out of business.

BTW the man, who calls himself Jessica identifies as a lesbian (i.e. he likes to poke women with his lady – cock.)

written by Alex Parker for Redstate.com

In British Columbia, small businesses are facing a gender-identity discrimination lawsuit brought by a man named Jessica Yaniv.
Jessica considers himself a lesbian, and he’s brought over a dozen complaints against women in the Vancouver area who perform female Brazilian bikini waxing but refused to wax his furry female sources of semen.

Five women under the gun are being represented by the Justice Centre for Constitutional Freedoms.

Very strange — women face the threat of being forced by the government to handle a man’s testicles.

Shouldn’t #MeToo have something to say about that? 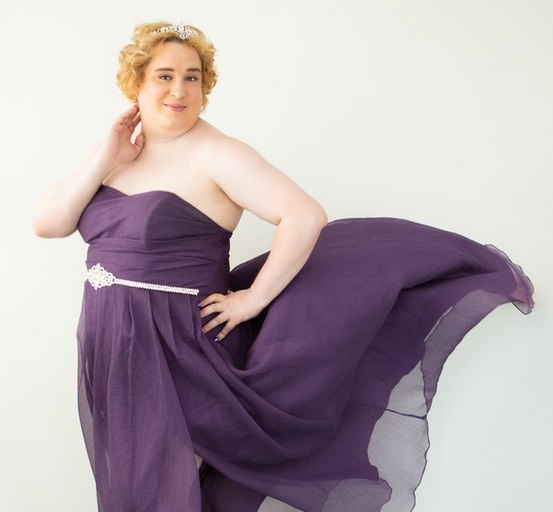 Can’t say anything about a Trans – woman for fear of committing a hate crime of course, but the thread under this Twitter photo shows that before Jessica became such a convincing lady his record of interactions with women and girls (very young girls,) was interesting in a creepy way and gives an insight as to why he might be so keen to  use ladies ‘facilities.’

He also believes it’s likely multiple ladies’ve had to shut down their businesses as a result of the apparently-hairy-balled litigator.

That’s certainly the case of Brazilian immigrant Maria Da Silva — she testified Wednesday that she’s had to close up shop.

The girls who’ve declined to grab gonads have explained that they aren’t qualified to deal with the complexities of male genitalia.

Note to all men searching for scrotum service: If a technician tells you she can’t help because she doesn’t know how to properly rip the hair out of your sack, TRUST HER. That’s not something you want done by someone who doesn’t know what they’re doing.

3 thoughts on “Wax My Lady-Scrotum Or I’ll Sue”