When is a conspiracy theory not a conspiracy theory? OK, yes, when it turns out to be true, but also when it is manufactured ‘fake news’ aimed at manipulating public opinion.
One such conspiracy theory was that in 2016 the Trump campaign conspired with Russian oligarchs and government officials to steal the US presidential election from Hillary Clinton.

Not only has the whole story now been discredited, but it is becoming increasingly obvious that far from being the victim of a conspiracy, Hillary Clinton was a conspirator in a bid to fabricate evidence of high crimes and misdemeanours against Trump in order that he might be impeached and removed from office.

Overstock CEO Patrick Byrne delivered to the Department of Justice a number of documents, including emails and text messages, in April, regarding both the origins of the Russian investigation, and an FBI operation into Hillary Clinton with which he was personally involved during the first months of 2016, according to a U.S. official who spoke SaraACarter.com. 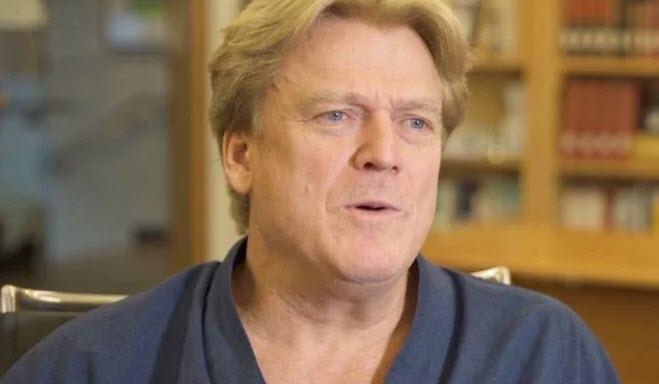 He approached the DOJ and met with lawyers on April 5th and 30th. The first meeting was without counsel in Washington D.C. A source directly familiar with the interviews confirmed Byrne’s account of the meetings.

DOJ officials said they could not comment on Byrne’s allegations.

“I gave to the DOJ documents concerning both the origin of the Russian probe and the probe into Hillary Clinton, both of which I was involved in, and both of which turned out to be less about law enforcement than they were about political espionage,” Byrne told SaraACarter.com Monday.

He noted that the communications will prove that the FBI also had an operation into Clinton Foundation that he was directly involved in.

“This is going to become the greatest political scandal in US history,” he said.

“If we survive it, and if Rule of Law returns to America, it will be due to one man: Bill Barr.”

Several weeks ago, FBI officials told SaraACarter.com that they declined to comment on Byrne’s allegations.

Byrne said the investigation into Clinton was one of the main reasons he came forward. This reporter first published Byrne’s story about his relationship with now convicted Russian gun right’s activist Maria Butina. She pleaded guilty in 2018 for failing to register as a foreign agent in the U.S. and is now serving out her sentence, which ends in October.

Byrne’s claims regarding the Clinton Foundation investigation are not without parallel. According to numerous officials the FBI had an ongoing investigation. Whistleblower and former government informant William Campbell was interviewed in 2018, by bureau agents from the Little Rock, Arkansa’s field office. According to Campbell, who first spoke to this reporter in 2017, he was asked by FBI agents whether donations to the Clintons charitable organization from Russia were used to influence U.S. nuclear policy during the Obama Administration. Specifically, he was asked about the sale of 20 percent of Uranium One.

As also reported in 2018, by John Solomon with The Hill, the “agents questioned him extensively about claims the Russians made to him that they had routed millions of dollars to an American lobbying firm in 2010 and 2011 with the expectation it would be used to help President Clinton’s charitable global initiative while major uranium decisions were pending before Hillary Clinton’s State Department.”

Byrne, told SaraACarter.com that the FBI was also investigating Clinton’s charitable organizations in the first half of 2016, and that he was directly involved in one of the operations being conducted by the FBI. He did not give details regarding the operation saying but said it directly dealt with Clinton and whether or not there was pay for play.

Anti-Trump Fascists Plan “Democracy Spring”
Following their apparently delusional belief in the “success” of Tuesday night’s violent protests, anti-Trump groups are plotting “Democracy Spring” threatening “drama in Washington” with the “largest civil disobedience action [in the USA] of the century.”

France Moves to Make ‘Conspiracy Theories’ Illegal by Government Decree
Political elites and super-bureaucrats must be very worried. New start up political parties, dismissed as populist byt in reality listening to the concerns of voters are making inroads into the political status quo. New media investigative journalists and op-ed writers are challenging the official propaganda (and gaining an ever bigger audience). It’s becoming harder to control consensus reality.

France Moves to Make ‘Conspiracy Theories’ Illegal by Government Decree
Political elites and super-bureaucrats must be very worried. New start up political parties, dismissed as populist byt in reality listening to the concerns of voters are making inroads into the political status quo. New media investigative journalists and op-ed writers are challenging the official propaganda (and gaining an ever bigger audience). It’s becoming harder to control consensus reality.

An official with Greece’s newly elected Syriza party may have killed a proposed EU-U.S. trade deal that has faced opposition from civil society. The Transatlantic Trade and Investment Partnership (TTIP), now facing its eighth round of talks between negotiators this week in Brussels. The TTIP, which would be the biggest trade deal ever, has been criticized as a corporate-friendly deal that threatens food and environmental safety under the guise of “harmonization” of regulations.

Believe The Phoney Narrative Or Be Branded a Conspiracy Theorist.
Right now the west is in big trouble, the move led by Russia and China to dump the petrodollar as global currency has provoked the Americans to lead the wesern allies into an economic war that we cannot win. Why not? One word: debt. A shooting war is the only option but it’s by no means certain the allies would win that.

Economist: World Leaders Will Exploit Charlie Hebdo to Eliminate Internet Privacy
Economist Martin Armstrong warns that the twin attacks in France will be used by world leaders to push for restrictions on Internet privacy and the total elimination of encrypted communications. Armstrong writes that, “They are using this latest event precisely as they used 911 to strip us of all rights. David Cameron, PM of Britain, wants to block WhatsApp and Snapchat if he wins the next election, as part of his plans for new surveillance…

British Democracy In Terminal Decline – Voting Is Redundant And Civil Liberties Are So Last Year
When did democracy go out of fashion. I don’t remember voting on whether we wanted to give up our civil liberties or be ruled by a dictatorship of unelected bureaucrats from Brussels, but that is where we are heading, along with the other free nations of Europe. And the USA, so-called land of the free is further along the road to fascism than Europe.

Another Big Result For The ‘Conspiracy Theorists’ – US CIA Corrupts Western Journalists.
Ever wondered why anybody trying to report news truthfully or initiate intelligent discussion is branded a conspiracy theorist, especially if their news or opinion is critical of the American government of American business interests? Read the content of this page and you will know a lot more about what is going on.