We return to the Epstein case today, though the billionaire paedophile Jeffrey Epstein escaped justice by committing suicide while in prison, according to the establishment narrative, thus enabling his many celebrity associates toi heave a sigh of relief in the expectation that in spite of the very unusual circumstances surrounding his suicide, the case would never be heard in court and their names and dirty little secrets would not be revealed in the public domain.

But while conspiracy nuts continue their feeding frenzy about the anmilies in reports of how his death occurred, some diligent people in law enforcement are sifting through material seized from Epstein’s homes after his arrest in June and are finding plenty of evidence on which to build cases against his associates. And some of those associates, it appears, are not prepared to go down alone.

An attorney for Ghislaine Maxwell, a long time partner of Epstein and allegedly his most prolific recruiter of under age girls, told a judge on Wednesday that there are “hundreds” of people named in what is expected to be approximately 2,000 pages of documents ordered unsealed by the federal appeals court in New York, according to Bloomberg. 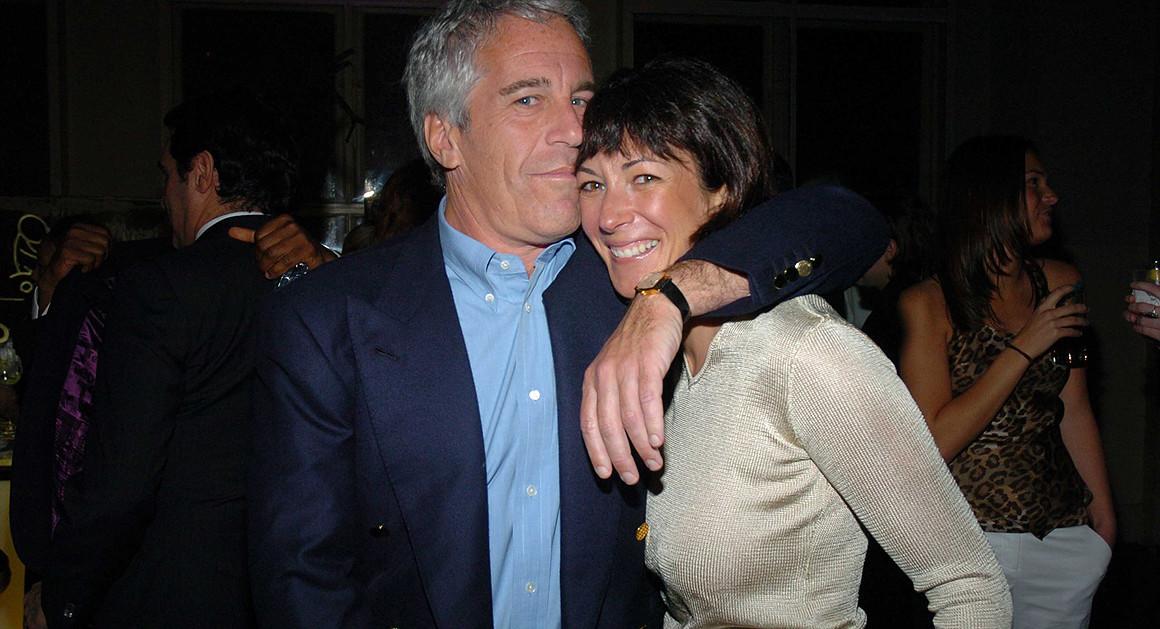 Epstein and Maxwell together (source: Google )

Jeffrey Pagliuca, lawyer for Maxwell, told U.S. District Judge Loretta Preska Wednesday that the seized materials include an address book containing about 1,000 names. Preska is now considering how to comply with a ruling by the federal appeals court in New York that she must unseal some of the documents. There was no detail at the hearing as to the identity of the people are named in the documents, and they may include women who say they are victims of Epstein, his friends and others. –Bloomberg

According to court filings, Maxwell, the daughter of disgraced medial tycoon Robert Maxwell, is alleged to have hired, supervised and fired household staff, while organizing the visits of dozens of (usually young and untrained,) “massage therapists” to Epstein’s residence where they were ‘introduced’ to his wealthy guests.

In depositions taken in 2009 and 2010 as part of civil lawsuits against Mr. Epstein, household employees said Ms. Maxwell was a central figure in Mr. Epstein’s private life.

Juan Alessi, who said in one of the depositions that he served as the Palm Beach house manager from around 1992 through 2002, described a basket of sex toys in Ms. Maxwell’s bathroom closet. He said he would find them around when he cleaned up after visits from the young women. –WSJ

The document dump stems from a 2015 defamation lawsuit in New York brought by Epstein accuser Virginia Roberts Giuffre against Maxwell. Giuffre says Maxwell helped Epstein traffic herself and other underage girls to sex parties at the billionaire pedophile’s many residences. Maxwell has denied any wrongdoing and called Giuffre a liar.

The case was settled in 2017 and the records were sealed – however appeals by the Miami Herald, Harvard Law professor (and former Epstein pal) Alan Dershowitz and right-wing blogger Mike Cernovich were successful in winning the order to release them.

In August 2019, the US Court of Appeals for the Second Circuit has ordered the partial release of Epstein documents, which revealed that Giuffre said that President Trump was a “good friend of Jeffrey’s,” but that Trump ‘didn’t partake in any sex with any of us,” adding “Donald Trump never flirted with me.”

Epstein was found dead in a cell at a federal holding prison last month after his arrest on child sex-trafficking charges. While the case was dismissed against Epstein, Judge Preska must now consider how to release the sealed records – and from the looks of it, the possibility remains that they may not be released at all. After all there are still a lot of wealthy and influential people who have powerful reasons to want the whole thing swept under the carpet.

Court Documents Expose Jeffrey Epstein’s Perverted Escapades With ‘Over 100 Young Girls’
Epstein: Screaming Was Heard From Financier’s Prison Cell Before He Was Found Dead
You Don’t Have To Be A Conspiracy Theorist For The ‘Suicide’ Of Jeffrey Epstein To Stretch Your Credulity