Jeremy Corbyn said “When no deal is off the table, once and for all, we should go back to the people in a public vote or a General Election to decide our country’s future.” 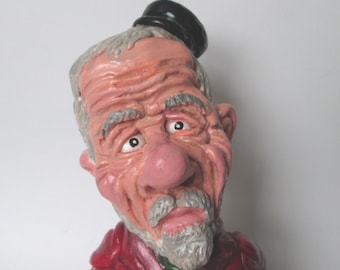 Forunately (if you are a Leave supporter,) Corbyn has been seduced by the elite faction of his party led by Sir Kier SStormer, and is following a path that is electoral suicide. Many of the constituencies that voted Leave by the biggest margins in the 2016 referendum were the solid Labour parliamentary seats of the industrial north, midlands and South Wales. These voters feel betrayed by posh boy Corbyn, elitists like SStormer and millionaire lawyers like Emily Thornberry, and rightly so. Labour is no longer “the people’s party,” it is now “the rich people’s party.”

Boris Johnson’s only hope of securing a substantial conservtive mjority at the next election, barring an electoral pact with Nigel Farage’s Brexit Party,  is to purge the democracy hating rebels who were prepared to betray party and country in exchange for a seat on the EU gravy train, starting with that creepy looking little shit Hammond,  and get parliament to stop no deal. Labour’s stupidity and obsession with the idea of humiliating Boris have given him what he wants. The Conservatives are now the Leave party, Labour are the party of The Fourth Reich and the Lib Dem’s are paskudniaks, (yay multiculturalism, Yiddish has a wonderful lexicon of profanity, especially if you know whast the words really mean,) and the SNP – well what do we expect from the Scottish National Socialist Party.

At this point Labour thinks that a couple of months of making the PM yield to everything they demand, whilst smearing and maligning him with as much historic dirt as they can find, is somehow going to tarnish Johnson enough for them to win an election. This is a severely deluded strategy. The more they attack Johnson and frustrate Brexit, the more their core voters in those old indistrial areas will support him.

Johnson is just going to keep pushing everyway he can for the no deal and calling Labour out on it. And, with a little help from Farage perhaps, he will win an election and Brexit will happen. In the process, Labour will once again have made themselves unelectable for a generation because they will have shown themselves to be the party of the Oxbridge educated intellectual elite, the party that does not give a flying fuck about the working class.

The reason why Johnson will win, is that from the moment the referendum resukt was announced, a large proportion of the people have been saying ‘they’ (the elite/Parliament/EU) would stop it.

What happens next if Britain votes to leave the EU?

I do not believe that Brexit will happen

Will Brexit Ever Actually Happen?

Parliament frustrating Brexit and betraying the democratically expressed will of the people is what people have been expecting will happen for the past three years. And for three years we have had to tolerate endless bullshit from showbiz luvvies, media talking heads, Guardianistas, “experts” and that prepubescent little faygele Owen Jones to get to this position.

The voters are not going to look on them as heros the same way the Guardanistas do. This strategy of let’s call Johnson an idiot and use every constitutional dirty trick to stop him governing (and delivering what the voters want, isn’t ever going to reverse what people think about the betrayal of the Brexit vote. Corbyn and his Labour MPs and minor party allies are not the equivalent of 300 Spartans at Thermopylae, they are much more closely related to the “cheese eating surrender monkeys” of Vichy France.

It is for the people in a public vote or a General Election to decide our country’s future course. Parliament may be sovereign in law making, but parliament serves the people, they are not our masters.

MORE ON BREXIT
Death of Democracy
The Daily Stirrer