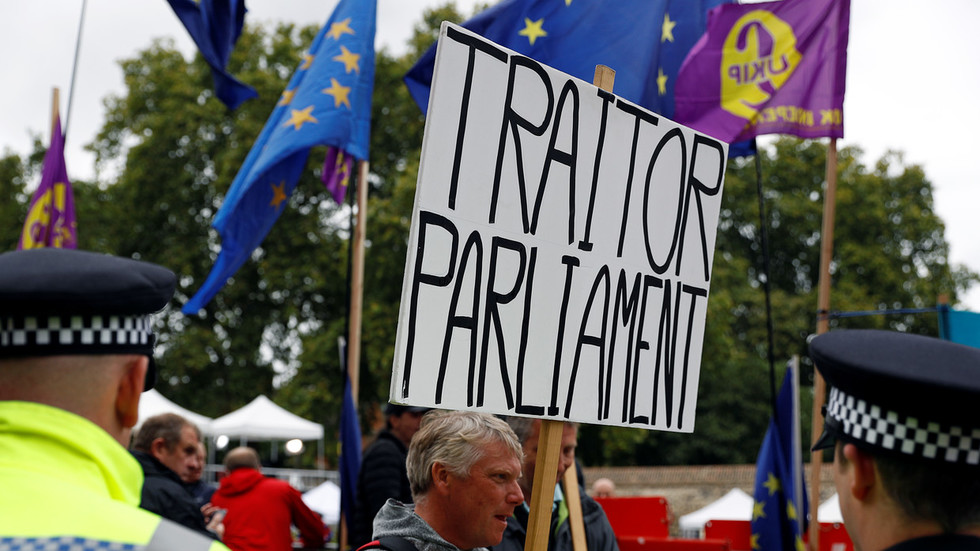 In the wake of a bunch of offal scoffing, Buckie swilling, ginger whinger judges in Chilly Jocko Land declaring Boris Johnson’s suspension of parliament illegal (like its anything to do with them,) we have more totally disgusting, anti – democratic shenanigans from rabid remainers in politics and the media today.

The Edinburgh establishment have always taken themselves too seriously of course, they were even delusional enough to believe their little country could be an independent nation. In fact Scotland is such an economic basket case, with only 1/12th of the total UK population it accounts for around half the deficit. And yet three old drunks in an Edinburgh court are upset at suggestions their decision to try and jerk their paymasters strings is politically motivated. Of course it was politically motivated, while most Scottish people are fine, the Edinburgh political set are obsessive haters of all things British, particularly our wealth on which their little country is dependent.

However the Buckie – soaked Jocks have managed to cause some trouble in London as their outlandish and totally unconstitutional ruling has given rabid Remainers in London an opportunity to try again to deny the democratically expressed will of the people.

The ruling has now been used to mount a challenge to the legality of PM Boris Johnson’s decision to suspend Parliament in the UK’s top courts. The case is not about the constitution or whether prorogation is legal, (it is, and is the only way to end a parliamentary session,) it is fundamentally about a group of British MPs who are hoping that when they are thrown outr of office by voters disgusted at their self interested behaviour, they can step up to lucrative EU jobs. And they believe that by reversing the result of the 2016 EU referendum they will curry favour with the EU bureaucracy, a Brexit analyst has said.

Alastair Donald, associate director of the Academy of Ideas, believes the court case against Johnson’s prorogation shows that pro-EU MPs who are upset at the prospect of the UK leaving the bloc are desperate to thwart the “democratic decision” of the British people.

Donald is also a contributor for BrexitCentral, an organization that is “unapologetically optimistic” about a post-Brexit Britain. He hit out at the decision made by the Scottish Court of Session on Wednesday that ruled Johnson’s prorogation of Parliament was “unlawful.”

The three judges at Scotland’s highest court in Edinburgh who ruled that the prorogation of parliament on Monday night by Johnson was unconstitutional denied their ruling was politically motivated and claimed that is is unacceptable to suggest judges may be biased. One of the judges, Lord Brodie, told the court that the “tactic to frustrate parliament, could legitimately be established as unlawful.”

All three are however known to be sympathetoc to the Srty’s obsessive pursuite of independence. And the pro – independence mob in Edinburgh are as blinkers as the far left loonies of Corbyn’s Labour Party. It is as unlikely that they are as incapable of being unbiased on matters pertaining to the English parliament as tortoise is of of playing a violin.

Johnson should be worried about the ruling although the High Court in England has already ruled the issue is not a matter for the courts but for parliament. This usurpation of parliamentary power should also concern British society at large, Donald insisted, because the “democratic process is being ripped up in front of our eyes.”

RELATED POSTS:
Brexit Europe
Europe Unglues
<a href="https://originalboggartblog.wordpress.com/2019/08/16/the-tory-collaborators-working-with-eu-to-stop-brexit-exposed/"The Tory Collaborators Working With EU To Stop Brexit Exposed
Anarchy In The UK — and elsewhere. (An analysis of ANARCHISM: a much misunderstood political philosophy)