France’s boy president Emmanuel Macron ripped into elf – like eco warrior Greta Thunberg after the 16-year-old Pippi Lonkgstocking lookalike climate messiah filed a law suit accusing five developed nations of inaction on global warming in violation of the 30-year-old UN Convention on the Rights of a Child. Germany, France, Brazil, Argentina and Turkey. Our Pippi is obviously not very bright as the nations she complained were destroying her future are probably doing more than most in their efforts to trash their economies and the standard of living of their citizens in aid of making United Nations bureaucrats feel important and fake science peddlers get rich. 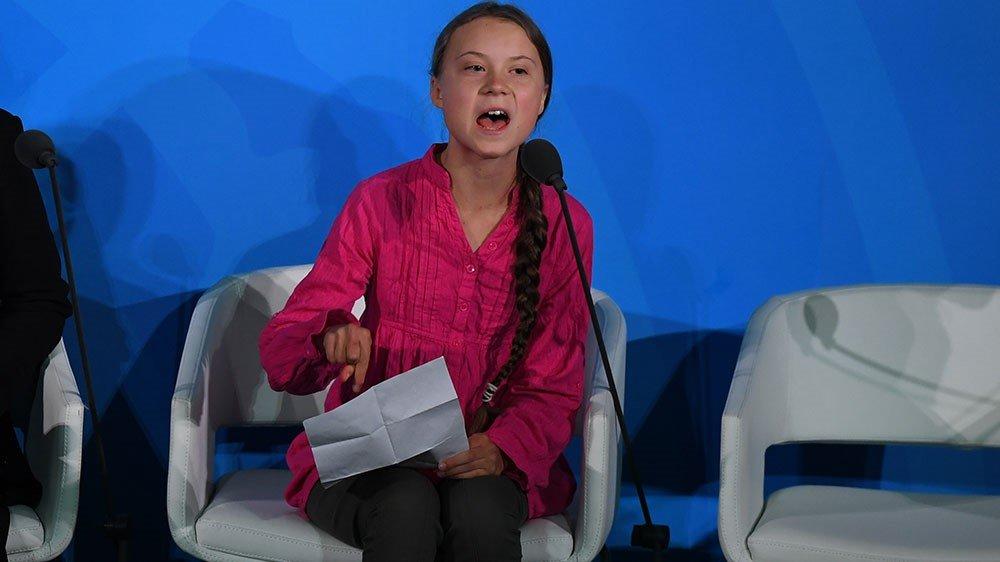 Notably, she left out India, which has the fastest growing volume of CO2 emissions China – which is the world’s worst polluter by total volume, although we should not let the hysteria generated by Thunberg and other puppets of Cultural Marxist organisations blind us to the fact that Carbon Dioxide is not a pollutant, but is essential to the existence of life on this wonderful planet.

Thunberg, a non too clever sixteen year old who looks much younger *a tad retarded maybe?) is a dupe, being manipulated by some clever and profoundly unpleasant people who have a globalist, authoritarian political agenda.

After browbeating the UN for ‘stealing her childhood‘ on Monday, Thunberg tweeted “Today at 11:30 I and 15 other children from around the world filed a legal complaint against 5 nations over the climate crisis through the UN Convention on the Rights of the Child.”

Obnoxious little brats need their arses smacked, but doesn’t a pretentious idea like titling a document “The Rights Of A Child,” in an obvious bid to guilt trip us all into compliance with its agenda show what a nasty, fascistic, wannabe – world – government organisation the United Nations really is. And what of Thunberg’s parents, with the levels of political indoctrination she displayes it is obviously they who robbed her of her childhood so why, in politicall correct Sweden are they not in proson for abusing their daughter’s ‘right’ to a normal childhood.

Thunberg’s complaint calls out nations that have ratified the UN treaty, yet – according to her – have not upheld their obligations. And again, she’s said nothing about pollution from China or India.

In response to the Swedish activist, French President Emmanuel Macron told Eruope1 that her stance was “very radical” and likely to “antagonize societies.” 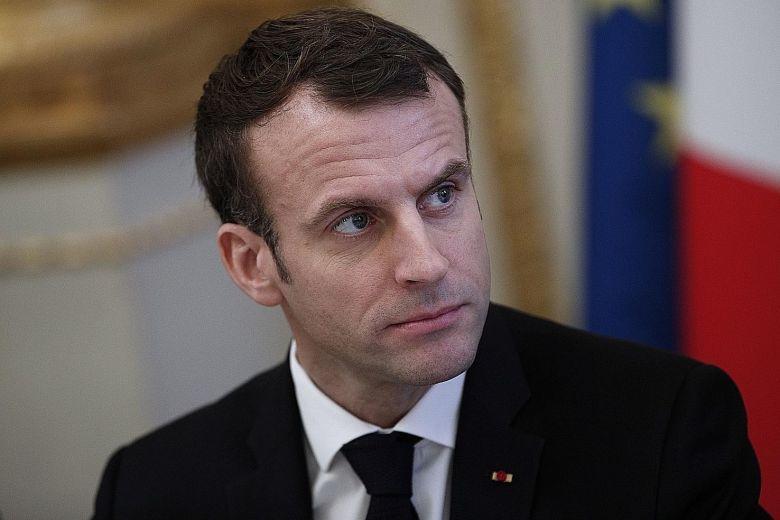 “All the movements of our youth — or our not-so-young — are helpful,” said Macron, adding “But they must now focus on those who are furthest away, those who are seeking to block the way.”

The head of state stressed that he didn’t feel “that the French government nor the German government, currently, were blocking the way.”

Macron also said he wanted young people to “help us put pressure on those who are blocking the way” and to “partake in very clear action.” –Business Insider

President Trump, meanwhile, appears to be having fun with the whole thing.