Skip to content
HomeGame On For UK Deep State / Cultural Marxist Coup d’Etat -(but do they have the numbers?)

When the ruling of the UK’s puppet Supreme Court that the government’s suspension (prorogation) of parliament was unlawful (not illegal, there’s a big difference, many of is in the classical liberal / libertarian sector of new media sensed something bigger was going on, a the Cultural Marxist coup was underway we said. The elitists who serve as Supreme Court justices in this country all have histories of left wing activism and were political appointees, cronies of the traitor and war criminal Tony Blair in a court he created to serve his own political ends.Through this puppet court, the elites usurped to their unelected selves the powers of lawmakers.

In one unconstitutional and fallacious ruling the Supreme Court overturned centuries of the balance of powers and gave absolute powers to layers, members of possibly the most corrupt, greedy and self interested profession on the planet

When the decision came down from the Supreme Court that Boris Johnson’s suspension of parliament would be overturned, speculation immediately broke out as to what the long term consequenses for British politics and democracy might be. So, what’s really going on tactically and strategically in the political bubble, have Blair’s cronies really blocked Brexit in anything but name? Or is the government still holding a couple of aces.

The first response from Labour, Liberal Democrat and Scottish national Socialist party leaders were for Johnson to resign. Boris refused, even though he can’t get anything past this Europhile Parliament he can carry on as Prime Minister until the opposition call a ‘no confidence vote and by winning force his resignation according to protocol. But though parliament are against him Johnson knows the majority of the people are behind him and the combined opposition fear they will suffer a crushing rejection of their Europhilia at the hands of the voters and end up with a ‘Leave supporting parliament pushing through a ‘no deal Brexit.’ So twice the opposition declined to call an election and twive, when Johnson offered to call an early election they voted that down.

In effect The Supreme Court did not change anything. All Boris Johnson and his government need do is run down the clock until October 31st, when we leave the EU by default. An act of Parliament pushed through by a corrupt and biased Speaker, John Bercow, requires the Prime Minister to write a letter to the Brussels bureaucrats before October 31, requesting another extension to Article 50, thus reincarnating Theresa May’s strategy of seeking extension after extension until everybody forgot about Brexit. But though the act may be able to impose a duty to write such a letter, it cannot dictate the wording and it will be easy to phrase the document in such a way it will be unacceptable to the EU.

Remember what made all this chicanery possible. Parliament doesn’t want any meaningful Brexit and refused to accept Johnson’s offer of a General Election to allow the people to form a new government to break the deadlock. So who behaved dishonourably in the first place? And why?

Because Labour know that a new Parliament would be decidedly more Leave than Remain. The polls are perfectly clear on this. Neither Jo Swinson of the Liberal Democrats nor Jeremy Corbyn of Labour have a prayer in hell of becoming Prime Minister. In panic they cook up plans to install a caretaker Prime Minister, some ancient party hack like Ken Clarke (Conservative,) or Harriet Harman (aka little Hattie Harperson the paedophiles’ friend,) (Labour) to take charge until the threat of Brexit is neutralised. And having derided Johnson’s offer of an election as a cheap political trick they present their own cheap and shoddy political trick as a reasonable offer.

If Johnson were to resign here, he would be replaced by a caretaker government under Corbyn Lib – Dem Jo Swinson,or one of the above, which would request an indefinite extension to Article 50 then table a Second Referendum with two versions of Remain on the ballot, Remain as a vassal state subject to EU law and policies but with no voice in running the EU, (Theresa May’s ‘deal’ or Remain with the status quo in an increasingly politically integrated bloc dominated by Germany with Macron’s Vichy France as their sidekicks.

This strategy neatly bypasses the original referendum to ensure the threat to the European Union is nullified.

But all of that is moot if they don’t have the numbers and it is just as doubtful that ALL the Conservatives who have left the party over Brexit would vote to install a Labour government as it is that ALL Labour MPs in constituencies which voted by big majorities for Leave would support a bid the betray the democratic voice of the people. Then Johnson will continue to run the clock down, go to Brussels on October 17th and try to work for a deal that isn’t BRINO — Brexit in Name Only. That’s why it’s obvious that there will be an attempt to stage a coup to replace Johnson without an election.

The strategy now is to bully opposition MPs into overthrowing Johnson’s government, securing that extension and destroying what’s left of the British political system. However, no mater which way things play out I believe we have witnesses a fundamental change in the way we do politics, just as a similar change is taking place in the USA where the Democrats, having failed to impeach Donald Trump on the basis of fake news about alleged collaboration with Russia in 2016, are now mounting another big for impeachment based on hearsay evidence leaked by a ‘whistleblower’ CIA agent with a track record of political activism on behalf of The Democratic Party about a phone call he claims somebody told him they overheard in which Trump might have said something that could be interpreted as offering inducements to a foreign power to cough up dirt on Trump’s potential presidential rival Joe (Uncle Groper) Biden. 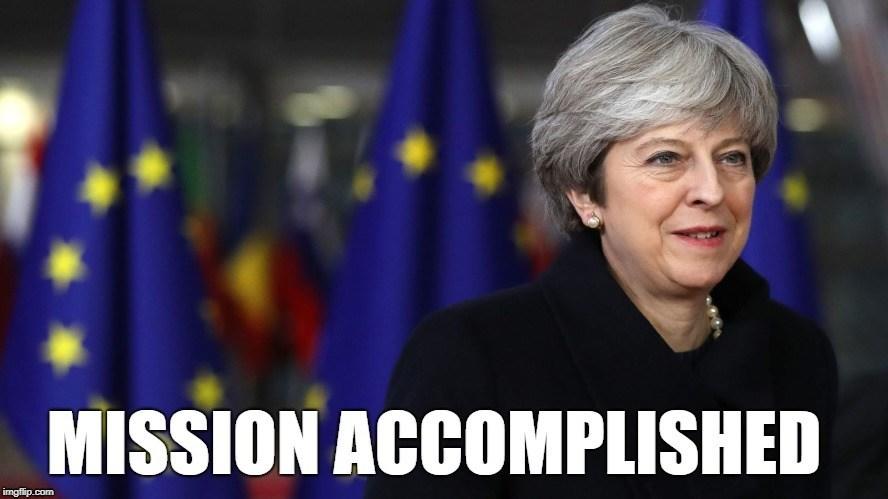 It’s all ruthless, vicious, self interested and dishonest, but that’s politics, folks.

RELATED POSTS:
US Democrats Latest Undemocratic Plot To Topple Trump: Politics According To (Groucho) Marx
Parliament’s Problem With Brexit
Just When you Thought Brexit Could Not Possibly Be A Bigger Cock Up
Sane Democrats See Little To Gain From Impeaching Trump, Fear It Will Backfire