Yesterday, just hours before campaigning was due to begin in Spain’s second General Election this year and fifth in four years, the minority Socialist government’s interim justice minister urged parties to avoid exploiting tensions between national and regional government in Catalonia, the nation’s richest and most populous region, to reap political benefits.

Spanish parties “should be capable of not turning (Catalonia) into a partisan or electoral issue” and be “loyal to the state,” Dolores Delgado told The Associated Press in an interview.

She added that only extremists would gain from further tension. 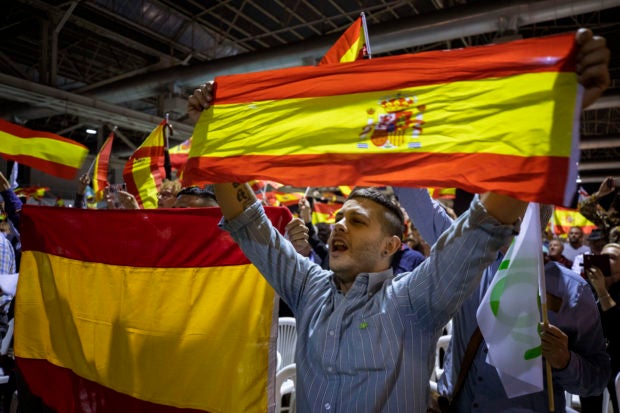 Spain’s fifth general election in four years follows failed coalition negotiations between the Socialists — who came first in the last, April 28 election — and the anti-austerity Podemos (We Can) party. In the 2016 election Podemos were barred by the EU from joining a coalition because Brussels will not asccept any Eurosceptic party in government in an EU member state.

Interim prime minister Pedro Sánchez, leads the Socialist party, which is ahead in the polls but has lost support since the April election as support grows for the conservative opposition Popular Party and the surging Vox far-right party that has a manifesto reminiscent of the Falangists of General Franco.

Campaigning officially starts at midnight Thursday. It will only last 8 days after the electoral law was changed to avoid a splurge of funds in the case of a repeated ballot.

The Pain In Spain (omnibus)