Skip to content
HomeQuestion: Why Can’t Conservatives Accept Socialism Is The Way Forward
This was a question posed by someone claiming to hold a PhD  in “Social Awareness,” a Mickey Mouse degree if ever there was one, obviously the University this person attended is handing out dregrees on the basis of how effectively their students have been brainwashed by politically correct, Cultural Marxist bollocks and thus feel qualified to pontificate on the subject of socialism without having read a single world on the history of socialist politics (or any political history for that matter.)
For the present I cannot improve on the answer shared below as there are toop many demands on my time.

Let’s get this out of the way. Yes, socialism has been TRIED. For a redistribution of profits and resources, you need an arbiter. That arbiter has to be the government. We’ve seen the results of it… it’s terrifying.

Now, the closest we’ve ever seen to REAL communism is Cambodia: 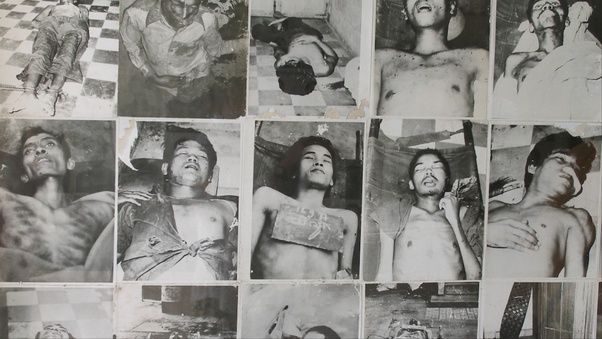 Cambodia went through a genocide from 1975-1979 under the Khmer Rouge. The goal was to eliminate all western influence and return to a pure Khmer (Cambodian) state, free from outside influences. In the process, 1/3 of the population was killed off and/or sent to torture prisons.

Cambodia became totally agrarian and all profit and resources were redistributed. Meals consisted of 1 spatula of rice and people resorted to eating crickets and ants. Families were separated and many fled the country to survive

You know what? Enough of the diplomatic answer. I’m about to get real. You want to know what socialism and communism do? Let me break it down.

I lived in Cambodia for two years, 30 years after the genocide. Here is the result of communism even after 30 years:

Don’t EVER come to me and say communism or socialism is great and it just needs to be tried in its actual form. Until you feel and see the results of such a system, your Huffpost article and poli sci lecture from your university mean nothing to me.

THAT’S why the right is against socialism.

One thought on “Question: Why Can’t Conservatives Accept Socialism Is The Way Forward”