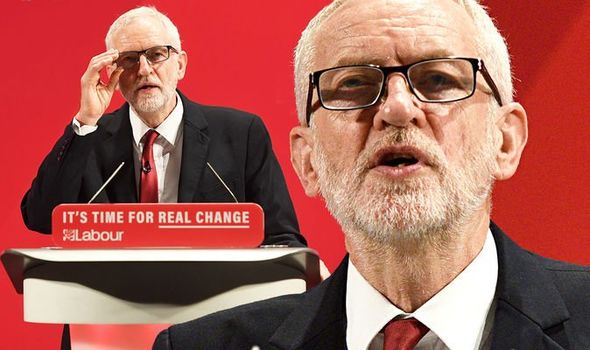 Jezza campaigns for real change but his party’s policies would take us back to the 1930s (picture: Daily Express )
Speaking during Labour’s Faith and Race manifesto launch, Jezza The Jew Hater said: “What we’re faced within this country, and across Europe and in the United States is a rise of the intolerant far right, the far right that can only ever seek to give out a message of division and hatred. They walk in the footsteps of the Nazis of the 1920s in their hatred.” The Labour leader took a thinly veiled shot at his opponents by exploring the reactionary policies of the Nazi’s whilst delivering his vision for race relations in the UK.

That’s pretty rich coming from the man who rebranded his party as far left while taking their politics to the far right, with policies based on anti Semitism and support for Islam and Islamic terror groups and acceptance into the party of factions (i.e. Momentum,) that believe the use of violence is justified if it advances their agenda.

The Authoritarianism of the left

What drives the irrational hate lefties show their opponents