Skip to content
HomeLABOUR’S SHAME: Brown’s Government ‘Urged’ Police Not To Investigate Muslim Grooming Gangs
By Jordan James, on the now defunct website Politicalite
We acknowledge this article was authored by Jordan James and originally posted on the Politicalite website. At the time of writing the site is still online and the article can be viewed by clicking the above link.  Not knowing how long Politcalit will be available but aware that as the current leading contender for the Labour leadership, “Sir” Kier Starmer was Director of Public Prosecutions (DPP) we feel the article may come to have enormous importance in British politics in the future should Starmer be a likely future Prime Minister. For that reason we reproduce it in full and in it’s original form and hope others will share it as widely as possible 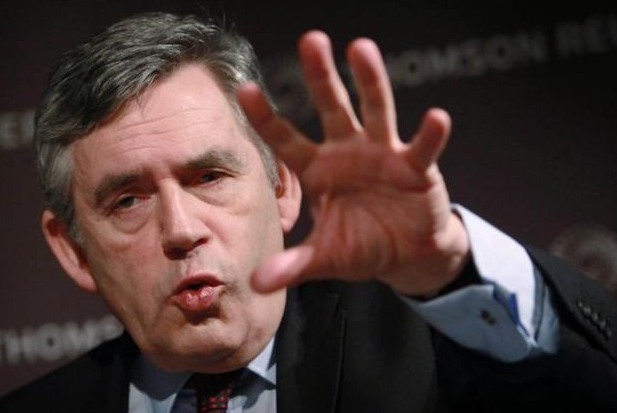 Nazir Afzal, told the BBC that in 2008 the Home Office sent a circular email to all police forces calling on them to not investigate the sexual exploitation of young girls in towns and cities across the UK.

Speaking on the Radio 4’s PM programme, Mr Afzal the former North West Prosecutor who reversed a Crown Prosecution Service decision and successfully prosecuted the notorious Rochdale rape gang, said: “You may not know this, but back in 2008 the Home office sent a circular to all police forces in the country saying ‘as far as these young girls who are being exploited in towns and cities, we believe they have made an informed choice about their sexual behaviour and therefore it is not for you police officers to get involved in.’”

UKIP’s Spokesman for Families and Children Alan Craig hit out and said: “If Mr Afzal is right then it indicates that the Home Office knew about rape gangs’ sexual crimes against underage girls across the country and wilfully instructed the police not to investigate the claims.

“This brings a whole new dimension to the case – it was thought that both local police and local councils had failed their duty of care, but if true, Mr Afzal’s claims would show that instructions to the police to ignore the claims came from the very top, at the heart of government in Whitehall.”

UKIP Leader Gerard Batten said: “I demand that the government investigate the claim made by Mr Afzal that the Home Office sent an email circular to all police forces calling on them to cease investigating claims related to the industrialised mass sexual exploitation of young girls across the country.

“If true, Jacqui Smith, the Home Secretary at the time should be investigated for grossly failing her duty of care to countless young women across the length and breadth of the UK.”

Forget pathetic ‘Princess Pushy’ Megan Markle petulantly playing the race card when she found life in the goldfish bowl occupied by Britain’s Royal Family was not to her liking, the grooming gang cover up is Britain’s racist scandal – and it is far worse than the trivialities that get American libtards screaming about “White Privilege …”

Labour Leadership Contest: Bring On The Clowns
After their crushing defeat by Boris Johnson’s Conservative Party, instead of taking time to regroup and, as has been advised by serveral major figures on the centre left who stood down at the election because of the policies of far left leader Jeremy Corbyn, that they must reconnect with working class voters,the party factions are at each other’s throats already while the clowns bid for the leadership.

One of the victims of a Bradford grooming gang has told the media that most of the girls at the children’s home where she was placed by local authority social workers were being sexually exploited by gangs of immigrant males. She called for a nationwide inquiry, alleging that numerous grooming and abuse gangs across the country — including the most notorious cases in Rochdale and Rotherham — are linked…

Ten men from Sheffield, the UK’s fourth largest city, have been charged with historic child sex offences including but not limired to rape and trafficking girls for the purpose of sexual exploitation. Another has been charged with conspiracy to pervert the course of justice.

Another Rotherham? Forty-Four Arrests As Law Catches Up With Alleged Bradford Grooming Gang

Speaking at a human trafficking event in Florida, McCain revealed that her family was quite familiar with Epstein’s wrongdoings as one girl from her daughter’s high school was actually among the financier’s underage victims, then suddenly acknowledging that she “knew” about his crimes.

Dutch professor: “Western countries have never managed to integrate Muslims”
Dutch professor of sociology Ruud Koopmans has carried out a 20-year research project embracing several large scale studies on integration and assimilation, and at the end of it all he concludes that Muslims are more difficult to integrate than other migrant groups.