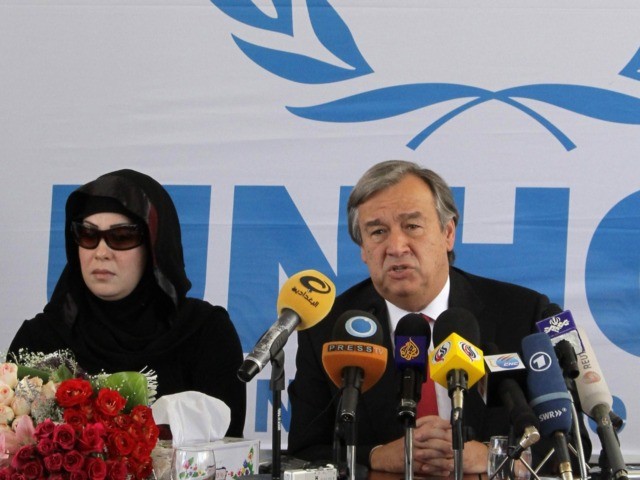 U N chief Antonio Guterres with a woman who is demonstrating her equality by wearing the restrictive headgear dictated by her male dominated religion – picture: AFP

That The United Nations Organisation has ambitions to become a world government is well known, this site and many others have reported it’s moves and agendas for years. Now it seems the U.N. has become part of thatcabal of supra – national bureaucracies and, to borrow a line from a Paul Simon song, loose affiliations of millionaires and billionaires such as The Bilderberg Group and the World Economic Forum. Their latest move to impose cultural uniformity on the world however, is only going to lose them credibility …. Continue reading