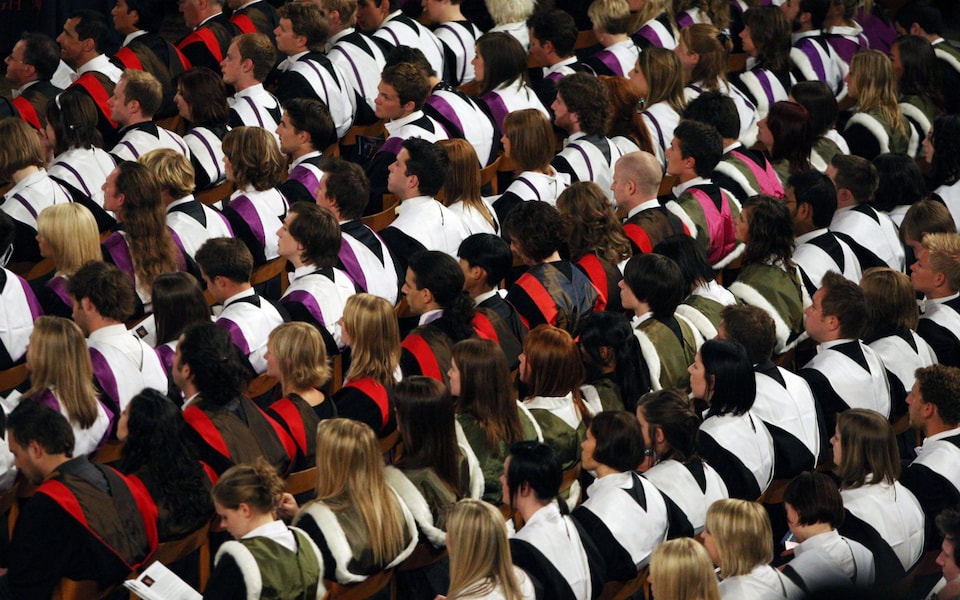 Sheffield University’s recently formed Free Speech Society has been warned that free speech is a “red risk” and all external speakers at events it organises will have to be vetted by the University Thought Police squad and the topics they intend to talk about shown to be in line with ideas and opinions the titty – sucking babies who run the Student Union are not frightened by.

The Free Speech Society was informed by the Student Union bosses that it must submit an application to the at least three weeks in advance each time it invites a speaker, and that “full and final approval” would of the Union’s executive committe would have to be sure nobody would be upset of offended by the speaker’s views before the talk could go ahead.

Sheffield’s Free Speech Society founder Ewan Somerville, a third year politics and international relations student at Sheffield said he decided to set up a free speech society as a reaction to “creeping censorship” by far left groups that dominate the campus. Last year, Sheffield students were urged not to wear sombreros because to do so is “cultural appropriation,” and also told to ensure Hallowe’en costumes were not “sexist, racist, ableist or transphobic”.

In January 2020, the extent of the decay into politically correct lunacy of a once – respectable university was revealed when it emerged that Sheffield university was to become the first to introduce mandatory training for students on “micro-aggressions” such as asking Japanese students about sushi and confusing a banana with a plantain.

Mr Somerville said: “We have these student union officers and even the university lecturers and managers who are trying to impose their own narrow and extremist world view on to all students and declaring all differing views unacceptable. Most who oppose such moves are too afraid to speak out because the bullying tactics of the far left are well known.”

He added that he is hoping to attract speakers who are “perfectly legitimate tut are currently deemed too offensive and anti ‘woke’” such as conhotroversial feminist Julie Bindle whose opposition to the far left orthodoxy in transgenderism is well known, and the journalist Toby Young whose conservative views are perfectly reasonable but not acceptable to the precious petals of Sheffield University Student Union. Thomas Woollard, a third-year history student and vice-President of the Free Speech Society, said he believed the university is becoming a “hostile environment”.

“The only line that you can say is whatever the student union believe is correct and anything else is considered wrong,” he said, adding “We are taking them to task over the hostility that they are causing to students in Sheffield who feel they are being silenced by their attitudes towards freedom of speech”.

Sheffield is the latest university to set up a free speech society in recent years, following Bristol, Sussex, Buckingham and Aberdeen. Ministers are now considering increasing the powers of the university regulator to ensure it has the authority to censor student bodies which fail to respect the right to free speech of all students and staff.

Jake Verity, president of Sheffield’s student union, said that their ‘risk’ classification for student societies is based on how much staff resource will be required to support them.

Since the students’ union requires all events with an external speaker to be risk assessed, the society will require greater staff resource, he added. What Mr. Verity chose not to mention is that at universities throught Britain, Europe and North America, when far – left student bodies disapprove of a speaker it is they who organise disruptive and violent protests in efforts to shut down the event. More intelligent and mature students who hold more reasonable views tend to simply stay away from leftist events.

A college at Oxford University, one of the oldest highter education establishments in the world last week launched an investigation into how a female historian and another speaker were barred from a feminist event because of fears they might express views the titty sucking fascists of the Student Union did not like.

French Intellectual Jailed for Calling Mass Immigration an “Invasion”
French intellectual Renaud Camus (above) has been conditionally sentenced to 2 months imprisonment for arguing that mass immigration in Europe represents an “invasion.” Summit.news reports: The writer, who is the author of Le Grand Remplacement (The Great Replacement), was charged with “public incitement to hate or violence on the basis of origin, ethnicity, nationality, race or religion.”

There Is No Freedom Without Transparency

The Democrat / Republican political puppets in the USA would be supported by European leaders including Prime Minister David Cameron in the UK, France’s Francois Hollande and Germany’s Angela Merkel who, even as I type, are preparing massive interventions in Libya and Iraq, both turned into chaotic and lawless failed states by previous US / European interventions
There Is No Freedom Without Transparency

Facebook has for some time had a policy of removing text that the majority of people would consider racist. Now the social media site is now deleting and blocking comments that only one person at Facebook decides is “racist.” The sinister, Orwellian reality of a society in which the expression of majority opinion is being turned into a crime has already been witnessed across Europe. Even more disturbing, social media operators such as Facebook and Twitter appear to be collaborating with governments in the suppression of free speech.
Facebook Declares War On Free Speech

Threats to free speech and other civil rights us ordinary punters fought and shed blood for are under threat, not from the extreme right but from the liberal left. The intellectually bankrupt lefties have realised their hundred year old arguments are never going to win the battle for hearts and minds and so have moved to the position in the political spectrum once occupied by Hitler and Stalin. Many people would never dream of questioning authority; others see their interests as being served by supporting the abuse of authority, they are the ones who call the questioners ‘conspiracy theorists’.
Threats to Free Speech

There can be no doubt, the right of citizens in the developed world to free speech, free access of information and freedom to express ideas is increasingly under threat as the power elites feel their grip being loosened by increasingly well informed and articulate working and midddle classes. Without any apparent sense of irony the advocates of big government and controlled media call themselves ‘the left’ as though their opponents are not bright enough to know that free speech is one of the foundations of classical liberalism and the suppression of free speech is a hallmark of tyrants.

Until recently Universities were places where any ideas were welcome and any economic, social, or scientific theory, no matter how extreme would be given a fair hearing and debated openly. So where did it all start to go wrong? How did the idea that there is only one set of acceptable answers to society’s problems (the ‘pensée unique’ to use a French phrase I am fond of, redolent of The Borg in Star Trek and much more demeaning than “Social Justice Warriors”) and that those who challenge the orthodoxy should be silenced and prevented from broadcasting their ideas in print or verbally.

The Imporantance Of Free Speech And The Right To Offend

Our right to free speech is under threat from intolerant, authoritarian left wingers or ‘progressives liberals’ as these illiberal reactonaries like to style themselves. The ‘Politically Correct Thought Police’ as I have somtimes called them in acknowledgement of Geoge Orwell’s novel ‘1984’, are determined that in they egalitarian dystopia they dream of (but that fortunately could never be) nobody will be able to say or do anything that may offend s member of any racial, sexual or social minority. This kind of fascistic tyranny is justified by invoking politically correct ideals, but it is having a deeply damaging effect on human society and could eventually result in civil conflict in the developed nations.

The Imporantance Of Free speech And The Right To Offend

University students have claimed they are being pressured by political activist lecturers into writing essays which pander to the “anti-Brexit bias”in the higher education system, and fear they will be marked down if their work does not comply with the left wing agenda. Students have alleged that free debate on Brexit, and opinions opposed to those of the “Remain” camp is being shut down by lecturers supporting the movement to thwart the democratic will …

Students censored – An Academic Community In A Crisis Of Collectivism.

Intellectual freedom in our universities is under threat from … intellectuals. So overbearing have the left wing screechers of bourgeois politically correct leftism now become that even the universities have surrendered to the intellectual control freakery of cultural Marxism. But if universities are now dedicated to turning out dull minded conformists, what hope is there for western society?

Education, should it be about learning to read, write, spell and calculate? Or should it be about feminism, gay rights, black history and ‘gender awareness’ whatever that is? For many years we have had multiculturalism and politically correct thinking rammed doiwn pupils throats but noe a study by a local education department suggests this obsession with politicallly corret diversity is responsible for the failure of white working class pupils.

Teaching used to be a vocation and education a high minded calling for those who wished to prepare young minds for adult life by making the process of learning, in the classroom, by discovery and through osmosis, an exciting and fulfilling lifelong process

The Degree Factory: The Decline Of University Education

The decline of university education in parallel with dumbing down of the general population is contributing to the economic and social problems of the industriaised democracies. But why have standars been allowed to slip so far and can the trend in university education towards theraputic and politically correct courses be reversed?

Where Is Bicycle Repair Man When The World Needs Him

A superhero whose superpower is repairing bikes? It was a sketch in a Monty Python’s Flying Circus show. But forty years on is it as crazy as it sounded then? We seem to have plenty of people with degrees in things that are not every practical and shortages of people who can do useful stuff. And when we have health and safety officers stopping people from climbing ladders unless they have been properly trained, people are discouraged from learning those everyday skills by themselves.

It is a well established fact that people who are good at mathematics are insane so why are we making such a big deal of abstract maths in proressive education when what most people will need to earn a living is a good command of basic arithmetic – which modern education is failing to give them.

The Science Fraud: Many Scientific Research Papers Are Pure Gobbledegook

The war between humanities and science goes on, both in academic faculties and internet comment threads. But in an environment that is increasingly politicised and influenced by corporate profit motives rather than the pure and unsullied pursuit of knowledge, can we trust either side? This article suggests not.

Its Nineteen Eighty Effing Four In The Education System

Progressive aproaches to education seem to be ideologically driven rather than focused on the needs of the individual pupil. so will the left’s dreams of eqality be fulfilled when every child leaving the school system is equally dysfunctional.

The STEM Education and Scientism – the curse of modern education.