In fact Professor Neil Ferguson, of the MRC Centre for Global Infectious Disease Analysis at Imperial College in London, who authored and published a research paper predicting that The UK was likely to see 250,000 premature deaths during a coronavirus epidemic unless measures to effectively shut down the country were taken. It is this research which convinced Prime Minister Boris Johnson and his cabinet and advisors to introduce the lockdown. 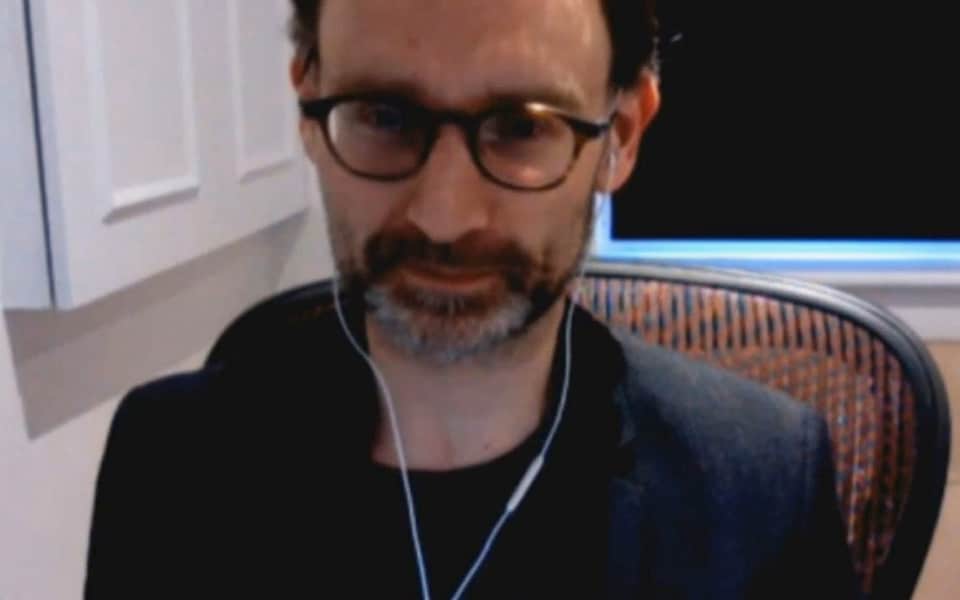 Neil Ferguson: would you buy a used mathematical model from this man (Picture: Daily Telegraph_

It is, however, always unsafe to accept the word of one scientist or one research project, and it seems Prof. Ferguson is such an incorrigible publicity junkie he has a track record for making exaggerated and sensationalised claims about the probable outcomes of various crises which is longer than the Tour de France course. It is now being discussed publicly that Ferguson has a long established reputation for making predictions based on allegedly faulty assumptions and the results of mathematical models which have nonetheless shaped government strategies and impacted the UK economy. We have to cease this deification of scientists now. They are not impartial and objective seekers after truth, but are every bit as self interested as the rest of us. And when we look at Freguson’s career and the disastrous policy decisions his methematical models have lead to, the best we can say is “He’s not The Messiah, he’sa a very naughty boy,” (h/t Monty Python’s Flying Circus.)

The 2001 model used by Professor Ferguson and his team at Imperial College London concluded that the culling of animals include not only those found to be infected with the virus but also those on adjacent farms even if there was no physical evidence of infection.

“Extensive culling is sadly the only option for controlling the current British epidemic, and it is essential that the control measures now in place be maintained as case numbers decline to ensure eradication,” said their report which as presented to government, but published after the cull began

This mass slaughter – technically known as contiguous culling – triggered disgust in the British public as news video night after night showed the corpses of healthy animals being stacked, soaked with fuel oil and burned, and also prompted analyses of the methodology which led to such an appalling and, as it turned out, unjustified conclusion.

An analysis of Ferguson’s research published in the 2011 paper, Destructive Tension: mathematics versus experience – the progress and control of the 2001 foot and mouth epidemic in Great Britain, found that the government had ordered the destruction of millions of animals on evidence from “severely flawed” modelling.

According to one of its authors – the former head of the Pirbright Laboratory at the Institute for Animal Health, Dr Alex Donaldson – Ferguson’s models made a “serious error” by “ignoring the species composition of farms,” (a fairly basic piece of information, it must require a special kind of stupidity to be unable to distinguish betwen cattle, sheep and pics,) and the fact that the disease spread more easily between some species than others.

The report stated: “The mathematical models were, at best, crude estimations that could not differentiate risk between farms and, at worst, inaccurate representations of the epidemiology of FMD.”

It also described a febrile atmosphere – reminiscent of the fear and panic whipped up by attention seeking “experts,” celebrities and the mainstream media in recent week – and suggested that this hysteria allowed mathematical modellers to shape government policy.

“The general impatience that met the wait for the full extent of infections to become apparent, accompanied by an ever increasing number of outbreaks and piles of carcasses awaiting disposal, was perceived as a lack of success of the traditional control measures and provided the opportunity for self-styled ‘experts’, including some veterinarians, biologists and mathematicians, to publicise unproven novel options,” the researchers said.

As the lead scientist behind that disputed advice that led to Tony Blair’s government ordering the mass culling of farm livestock during the 2001 epidemic of foot and mouth disease, a crisis which cost the country billions of pounds was none other than Ferguson who based his conclusion on the output from – you guessed it – mathematical models of a cow and a bacterium, it is absolutely unacceptable that this man’s advice is being allowed to influence government.

And before that it was he who predicted that up to 150,000 people could die from bovine spongiform encephalopathy (BSE, or ‘mad cow disease’) and its equivalent in sheep if it made the leap to humans. The BSE panic is long forgotten but BSE is still around and still no cure has been developed, yet to date there have been fewer than 200 deaths caused by the human form of BSE and none resulting from sheep to human transmission.

Ferguson’s foot and mouth disease research has attracted strong criticism in scientific journals and therefore cannot be said to have passed the acid test of scientific research, peer review. It has also been the subject of critical academic papers which identified allegedly unsupportable assumptions being made by Ferguson in creating the algorithms and defining the data for his mathematical modelling.

When challenged, he robustly defended his work, saying that he had worked with limited data and limited time so the models weren’t 100 per cent right – but that the conclusions it reached were valid. but as every old computer pro like myself knows, conclusions based on incomplete data may be valid in the circumstances but are meaninless. Mathematical models can only be relied on if they are fed all the relevant data, if guesses are made to fill in the gaps then the law of GIGO kicks in, “Garbage In, Garbage Out”.

Professor Michael Thrusfield, of the veterinary epidemiology faculty at Edinburgh University, who co-authored both of the critical reports, said the papers were intended to serve asas a “cautionary tale” about the dangers of using mathematical models to predict the spread of disease when there are unknown factors that can probably never be known.

He spoke of experiencing a sense of “déjà vu” when he read Mr Ferguson’s Imperial College paper on coronavirus, which was published earlier this month.

That paper – Impact of non-pharmaceutical interventions (NPIs) to reduce COVID19 mortality and healthcare demand – warned that if no action were taken to control the coronavirus, around 510,000 people in Britain would lose their lives.

Naive belief in the infallibility of mathematics has not only led to disastrous responses to outbreaks of disease of course, which is why many people of a naturally sceptical mindset have questioned the way modern academics conflate science and mathematics. Science and mathematics are not the same thing, in fact mathematics is not even a science, although we were al taught at school that is is. Mathematics is, in the truest sense of the word, an art: that is a contractions of artifice, which is a statement guaranteed to have some maths and science fanboys screaming in outrage. The true meaning of artifice however is not something false or dodgy, but something created by humans, something not of nature. And no matter what fanboys (and girls,) might try to tell you, nature does not do equations.

As I have said many time, computes are not infallible, they are only as good as the person who programs them. And there is no such thing as Artificial Intellegence, as Professor Ferguson’s wild adventures in mathematical modelling sem to show very clearly.

The Black-Scholes equation was the mathematical justification for the irresponsible trading in financial markets that plunged the world’s banks into meltdown a few years ago. The brainchild of economists Fischer Black and Myron Scholes, the equation provided a rational way (they believed,) to price a financial contract when it still had time to run. It was like buying or selling a bet on a horse, halfway through the race. It opened up a new world of ever more complex investments, blossoming into a gigantic global industry. But when the sub-prime mortgage market turned sour, the darling of the financial markets became the Black Hole equation, sucking money out of the universe in an unending stream. It was the Black-Scholes equation that opened up the world of derivatives.

The equation itself wasn’t the real problem. It was useful, it was precise, and its limitations were clearly stated. Derivatives could be traded before they matured. The formula was fine if you used it sensibly and abandoned it when market conditions weren’t appropriate. The trouble was its potential for abuse. Unfortunately a fatal flaw was that it allowed derivatives to become commodities that could be traded in their own right. The financial sector called it the Midas Formula and saw it as a recipe for making everything turn to gold. But the markets forgot how the story of King Midas ended.

The world’s banks lost hundreds of billions when the sub-prime mortgage bubble burst leaving thouse who had bought consolidated debt obligations in the belief that property prices would keep goping up forever. In the ensuing panic, taxpayers were forced to pick up the bill, but that was politics, not mathematical economics.

Likewise with Neil Ferguson’s mathematical models of diseases, in order to prevent a disaster which the professors mathematical models say is inevitable, politicians are being persuaded to courses of action that really will destroy national economies on the basis of a largely fictional (if not fantastic,) course of events. We must return to sanity now. Far more people are likely to die in a global recession than are ever going to be killed by coronavirus.

Coronavirus: Can sunbathing protect you? Just To Put Things In Perspective

Does the Climate change argument collapse due to the weaknesses shown by the obvious inconsistencies in the Covid19 modeling?

COVID – 19: Do The Figures Justify The Actions

Is This The Smoking Gun That Proves China Has Lied About Coronvirus?