Skip to content
HomeCoronavirus Turns Britain Into a Police State. 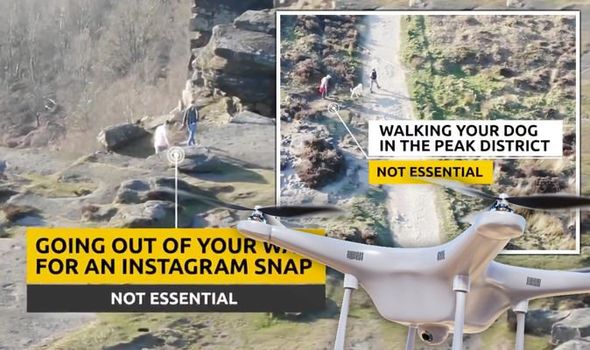 After the disgusting scenes of British police officers harassing people for driving out to open countryside to take their daily exercise, warning shoppers that seasonal goods like Easter Eggs and Hot Cross Buns were non essential goods and therefore buying them counted as ‘illegal shopping’ forces throughout the country were rather belatedly urged to maintain public trust amid complaints about ‘overzealous’ enforcement of coronavirus rules

One of Britain’s most senior police officers, Basu, a man of Indian or Pakistani ethnicity who has previously supported the priotiization of ‘hate crime’ over crimes of violence and crimes against property and thus is not well placed to talk about maintaining public trust,  has told colleagues their handling of the coronavirus crisis will be remembered for generations and urged the public not to “judge too harshly” following growing criticism of officers’ tactics.

Writing in The Daily Telegraph, Assistant Commissioner Basu said officers must preserve “the trust and confidence of the public” and maintain the tradition of “policing by consent” amid complaints about the “overzealous” enforcement of social distancing regulations.

In a series of incidents over the weekend, police forces have fined individuals £60 for buying “non-essential” goods from shops and going for a drive “due to boredom”. Such minor acts of rebellion are the inevitable result of the government’s ludicrous overreaction to the crisis, which has involved effectively placing the entire country under house arrest.

Small shops claim to have been told that selling Easter eggs and hot cross buns goes against new guidance because they do not qualify as essential items.

Basu, the head of counter-terror policing in the UK, said “not every police response will be sure-footed” and added that “we should not judge too harshly” the use of powers he “never imagined a British police officer would be asked to use”. He said: “Everyone in policing is acutely aware that how we police this pandemic will be remembered for many years to come.”

His words might carry more weight if officers still conformed to the “thick, sweaty copper” stereotype of the 1950s and earlier but for a couple of decades now policing has been a degree entry profession so we are entitles to expect a little common sense.

In what will be seen as a tacit appeal to colleagues, he advised forces  that persuading and educating the public should be the primary goal, rather than resorting to enforcement.

“Preserving the trust and confidence of the public by policing by consent is our mantra, and has been since 1829. There will be a period of readjustment to our new responsibilities,” Assistant Commissioner Basu said.

His comments came as Dominic Raab, the Foreign Secretary, said he fully supported the police.

What we are seeing however, is a normal progression. The police lost the public’s confidence a long time ago when they decided that investigating as a hate crime a person maintaining that a man born a man stayed a man, no matter what he decided to ‘identify’ as. When knife crime, burglaries, rape of under age girls by organised grooming gangs, and even murder take second place to virtue signalling, harassing motorists, allowing the crusties of Ekstinktion Rebellion to bring a city to a halt, indeed helping them do so for the sake of saving the planet, and similar good deeds are seen as being among the duties of the police officers are bound to take the view that policing by consent means imposing the will of the authorities on individuals.

Policing has always attracted an element of recruits who like to throw their weight about, so naturally there will always be some officers who are going to take this opportunity to bully law abading people. Equating possibly spreading the Corona virus to a murder is a pathetic attempt to justify the unjustifiable. How does fishing off a deserted beach, working in an allotment, walking in a private field, eating hot cross buns, driving to a beauty spot to walk, walking in said beauty spot suddenly constitute a crime against humanity and suspect make one a murder?

No doubt the SS, KGB and Stasi got the same buzz from their jobs.

Many years Lord Denning, ,then the nation’s most senior judge said that the police have a tendency to attract “a certain type pf people” his reference was to the type of who people liked to impose their will on others (sic).

The Corvid 19 powers have allowed this type of officer unchecked out of the Box.

Just as the police forces in Nottinghamshire , Yorkshire and Durham lost their reputation in their areas during the miners strike (due to heavy handed policing by officers from London, Manchester, Birmingham, Liverpool on overtime and raring for confrontation) now all the forces will lose their reputations and what little respect they had left amongst the general populace.

The British public need to wake up and realise whats happened to our police forces across the land. The public perception of what the police force is and what it should be is very different from what it actually is. Just look on any local police force website, its full of pimply, hormonal 18yr olds, fresh out of school with zero life skills. Most of them are too busy posting videos of themselves wanking on TikTok.

Also, quite a few of them are women, taken on purely because of their gender because forces must fill their quota of femaile officers because of equality and diversity laws. Why do you think more and more police officers are being given tasers? It’s purely because when you employ these type of people they don’t have the physical power to do the job but the inevitable consequence is more criminals and dickheads who wannabe criminals are carrying knives, clubs and acid sprays.. The liberal snowflakes took over the police a long time ago, and now we have a police force made up of kids in uniforms more worried about their social media presence than keeping order and locking up criminals.

Thats why its not a surprise they are now abusing these new powers. But the rot is spreading from the top down as well as the bottom up.

When Senior Officers regard it as their proper role to call for additional legislation in pursuit of ideological agendas (hate crime,), and pursue allegations from fantasists against political figures long since dead; when Muslim rape gangs are allowed to pursue their activities, aided and abetted by Mr. Kier Starmer, current front runner to become next leader of The Labour Party, from whom the order to handle the grooming gangs with kid gloves rather than risk inflaming inter – racial tensions, the prospective recruits who appear to hold views that while typical of working and middle class Britons no not conform to the political orthodoxy are not going to get far in the modern police force; when data bases are collected of persons showing insufficiently correct thoughts and opinions, and policing of criminal offences such as car theft and burglary is abandoned; then “policing by consent” is stone dead, by the polices’ own hand.

When Home Secretaries and Prime Minister allow such things, rather than dismiss or at least sideline those Chief Constables for cause, then governments have abandoned policing by consent as a goal.

RELATED POSTS:
People’s Skepticism About Covid-19 Is The Fault Of Lying Mass Media – Caitlin Johnson
Our response to Caity’s article

Is This The Smoking Gun That Proves China Lied About The Coronavirus Outbreak?