COVID-19 Is A Man-Made Virus: HIV-Discoverer Says “Could Only Have Been Created In A Lab”

by Tyler Durden, Zero Hedge
As the mainstream media and politicians begin to raise/admit the possibilities that the source of COVID-19 was likely a lab in Wuhan (accidentally leaked or otherwise) – something we first brought to the world’s attention in January before being mocked, censored, and chastised – it appears more actual ‘scientists’ (at least those not paid by or working for a lab in Wuhan) are willing to admit what we noted all along – this virus is man-made. 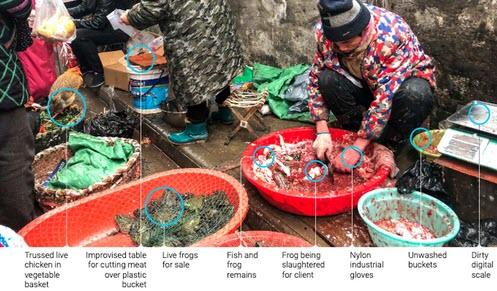 GilmoreHealth.com’s Robert Miller writes that contrary to the narrative that is being pushed by the mainstream that the COVID 19 virus was the result of a natural mutation and that it was transmitted to humans from bats via pangolins, Dr Luc Montagnier the man who discovered the HIV virus back in 1983 disagrees and is saying that the virus was man made.

Professor Luc Montagnier, 2008 Nobel Prize winner for Medicine, claims that SARS-CoV-2 is a manipulated virus that was accidentally released from a laboratory in Wuhan, China. Chinese researchers are said to have used coronaviruses in their work to develop an AIDS vaccine. HIV DNA fragments are believed to have been found in the SARS-CoV-2 genome.

We knew that the Chinese version of how the coronavirus emerged was increasingly under attack, but here’s a thesis that tells a completely different story about the Covid-19 pandemic, which is already responsible for more than 110,000 deaths worldwide.

According to Professor Luc Montagnier, winner of the Nobel Prize for Medicine in 2008 for “discovering” HIV as the cause of the AIDS epidemic together with Françoise Barré-Sinoussi, the SARS-CoV-2 is a virus that was manipulated and accidentally released from a laboratory in Wuhan, China, in the last quarter of 2019 … Continue reading >>>

People have accused us of being anti – technology, afraid of progress and of envying Bill Gates’ wealth and influence, that we are trying to prevent billionaires from helping save the world and other similarly ridiculous allegations. We can only repeat we stand by what we have said, it is all backed up with solid evidence and if people choose to dismiss our factual evidence as ‘fake news’ they are entitled to their opinion. but perhaps they might change their opinion after reading this:

By Llewellyn H. Rockwell, Jr. for henrymakow.com
“Vaccines, for Bill Gates, are a strategic philanthropy that feed his many vaccine-related businesses (including Microsoft’s ambition to control a global vac ID enterprise) and give him dictatorial control over global health policy–the spear tip of corporate neo-imperialism.
Gates’ obsession with vaccines seems fueled by a messianic conviction that he is ordained to save the world with technology and a god-like willingness to experiment with the lives of lesser humans.
Promising to eradicate Polio with $1.2 billion, Gates took control of India ‘s National Advisory Board (NAB) and mandated 50 polio vaccines (up from 5) to every child before age 5. Indian doctors blame the Gates campaign for a devastating vaccine-strain polio epidemic that paralyzed 496,000 children between 2000 and 2017. In 2017, the Indian Government dialed back Gates’ vaccine regimen and evicted Gates and his cronies from the NAB. Polio paralysis rates dropped precipitously. 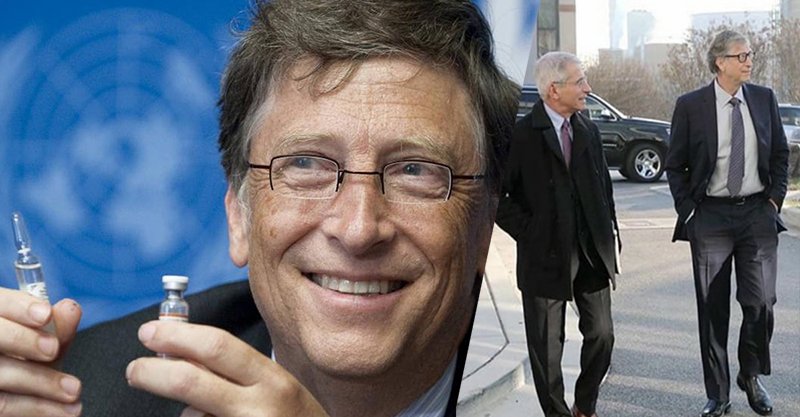 And here’s a comment from a well respected name:

COVID-19: Killer of Black, Brown and Poor of US and Haiti

By Dady Chery in  NEWS JUNKIE

We are supposed to be thinking this week about the health disparities in the United States based on race and ethnicity, since the New York Times, Washington Post, National Public Radio, and even USA Today are going on about it. This is the hot topic presumably because of a recent analysis of the demographics of COVID-19 deaths by the Center for Disease Control and Prevention (CDC). Such an analysis, however, cannot be found. Instead, the public health departments of several US states simultaneously published their COVID-19 racial breakdowns. One cannot help but suspect that this orchestrated and sudden discovery of the institutional racism of the US is nothing but an election-year ploy to sway Black and Hispanic voters from one to another of two political parties that care nothing about them.

Politicians have learned, from Obama’s speechwriters, that when they state a problem accurately while not promising to do anything about it, they leave everyone in the room convinced they’ve said they will address the problem. But nothing ever gets done: not by the overtly xenophobic and racist political party that courts far-right elements at home and abroad, and not by the metrosexual party that says all the right things but embraces the same xenophobic and racist policies on the quiet. Continue reading >>>

One thought on “Coronavirus: COVID19 Created In A Lab Theory Resurrected & more. 17 April 2020”