The daily Covid19 deaths reports, issued by the UK government, are generally misleading and being so misrepresented by the media they amount to little more than a lie.

Each day, the UK’s Department of Health and Social Care (DHSC) releases a report titled from OffGuardia“Daily number of COVID-19 associated UK deaths in hospital”.

The media then report these numbers as the “daily death toll”, presenting the total as if all these people:

Neither of which is true.

Point A we’ve already covered in great detail. The UK government, like many other national governments, makes no effort whatsoever to distinguish between those who died of the coronavirus and those who died with the coronavirus. Therefore, of the “daily Covid19 deaths”, an unknown number may have died of something else. This is not new information.

Point B is not as widely known: The reported “daily” death toll is NOT a list of those who died that day.

Essentially, the NHS’s daily mortality reports, which are supposed to cover Covid19 deaths over the previous 24 hours, will regularly, and apparently randomly, include data from many other days, going back six weeks or more.

To illustrate this, let’s look at one day in detail: April 10th.

The DHSC report released that day states that 980 people died of Covid19. This was covered in the press as the UK’s “deadliest Covid19 day”.

Sky News went with: “980 tops Spain and Italy’s highest daily number of deaths, which were 961 and 919 respectively.”

But, at the time the report was released, the previous 24 hours had seen just 117 “Covid19 related deaths” according to NHS England, with a further possible 90 coming from Northern Ireland, Scotland and Wales, for a maximum possible total of 204.

After Decades Of Brainwashing, MSM & Governments Are Losing Control Of The People

The mainstream media and governments are losing control of people all over the globe.  Humans are finally standing up for their rights to live not as slaves, but as free sovereign people capable of making their own decisions without rulers and elitists calling the shots. 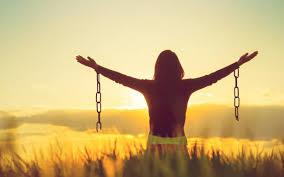 Never before have we seen global tyranny at this scale. But, never before have we seen a mass uprising against governments and their propaganda outlets (the mainstream media) either.  As more and more people get off their knees and stand up for their basic human right to live freely, governments and the elitists that control them lose power. We are at that point where power will return to the people and the elitists will be the ones living in fear. All we have to do, is be free.

The mainstream media is going to continue its smear campaign against anyone who dares to believe they have the right to live freely so long as they aren’t harming others and take life’s risk upon themselves. But as fewer people tune in to listen to their propaganda, fewer people will be brainwashed by it. A lot of people have lost everything in the tyrannical liberty-crushing demands put upon them, and now that they have nothing to lose, they are finally realizing their rights don’t come from the government or elitists.

And no smear campaign by government lapdogs will stop people from waking up at this point. The media has been enslaving our minds so the government won’t have to enslave our bodies.  But it’s out now and in broad daylight and people have had enough. The veil has been lifted … Continue reading >>>

MORE on the pushback

The COVID-19 Crisis Is Driving The EU To The Brink

Authored by Philipp Bagus via The Mises Institute,

The eurozone is a gigantic machine of monetary redistribution. Several independent governments can finance their expenditures through deficits that are monetized directly or indirectly by one printing press. More specifically, the European Central Bank (ECB) may buy eurozone government bonds directly from market participants or accept them as collateral in its lending operations, effectively increasing the monetary base. 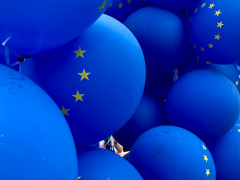 Through this monetization, a government can externalize the costs of its deficit partially onto the citizens of other eurozone countries in the form of a lower purchasing power for the euro. The setup resembles a tragedy of the commons. The commonly owned resource is the purchasing power of the euro, which is exploited by several users. These users are the eurozone governments. They issue debts resulting in an increase in the money supply. By running comparatively higher deficits than their peers, eurozone governments can attempt to live at the expense of foreigners.

It cannot be surprising that most governments have ignored the new treaty instituted in the wake of the European debt crisis to bring down debts and deficits ... Continue reading >>>

If Sweden succeeds, lockdowns will all have been for nothing