Authored by Thorstein Polleit via The Mises Institute,

The world seems to be on fire. A couple of months ago, the economic upswing was still firmly established, production expanded, and unemployment was declining. It all changed with the advent of the coronavirus or, to be precise: things turned really sour with the politically dictated lockdowns. As a reaction to the spread of the virus, governments in many countries ordered shops and firms to shut down and people to stay home. The inevitable result was a close to complete breakdown of the economic system. Hundreds of millions of people were thrown into outright despair; in India alone 120 million workers lost their jobs in April 2020. 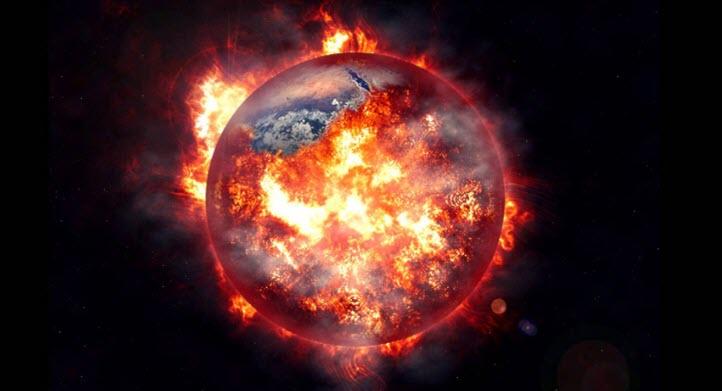 The economic collapse sent the unbacked paper money system into a tailspin. Borrowers were unable to service their debt, and banks unwilling to roll over maturing loans, let alone extend new funds to struggling debtors. The entire credit pyramid was about to come crashing down. To prevent this from happening, governments and their central banks went “all in,” providing huge amounts of money to pay for people’s lost incomes and firms’ evaporating profits. Of course, governments do not have the money that they have promised to spend … Continue reading >>>

Negative Interest Rates – Final Nail In The Coffin Of Neoliberalism?
Negative interest rates, in plain terms a situation in which we pay bankers for holding our money, are the latest ruse of politicians and economists to make uis start spending our investments and savings, thus kickstarting the global economy thy have screwed up.

Pupils Shut Out Of School Because They Refuse To Wear Gender Neutral Uniforms
Overshadowed somewhat by the idiocies in Parliament this week as Remain supporting, democratically elected MPs try to overturn the democratically expressed wish of the people and keep the UK in The Fourth Reich politely known as the European Union, the idiocy of politically correct, far left authoritarianism in education goes on…

The Elite’s Scheme to Eliminate Cash And Impose Negative Interest Rates
Politicians love inflation, it provides an easy way out of the financial mess they create, Bankers too love inflation because while they lend fiat money, the loans they issue are secured against real assets such as people’s homes and valuables. However both need “the punters they fleece to have faith in the value of the currency they hold or the numbers stored in computers that increasingly represent our wealth …

Elites Losing The War On Cash? Sweden U-Turns On ‘Cashless Society’ Agenda
Sweden was leading the the War On Cash, the ruling elite had pushed the idea that a cashless society would protect citizens from crime and be more convenient. There was no mention that in a cashless society we would completely surrender control of our money to banks, and our privacy in financial matters to government security agencies…

War On Cash. If You Want To Buy A Car Or Appliance From A Friend For Cash, You Will Not Be Able To.

A geopolitical move by the globalist control freaks that began as a seemingly innocuous hypothetical discussion several years ago now appears to have become a deep state / corporate policy backed by a propaganda campaign involving some of the most powerful commercial and government agencies in the industrialized world. Throughout this omnibus web page we have called it the War on Cash.

War On Cash. If You Want To Buy A Car Or Appliance From A Friend For Cash, You Will Not Be Able To.

A geopolitical move by the globalist control freaks that began as a seemingly innocuous hypothetical discussion several years ago now appears to have become a deep state / corporate policy backed by a propaganda campaign involving some of the most powerful commercial and government agencies in the industrialized world. Throughout this omnibus web page we have called it the War on Cash.

Lord Rothschild: The New World Order Is At Risk
In the RIT Capital Partners 2014 annual report, the head of Rothschild family banking empire warned that the geopolitical situation is most dangerous since WWII. A year later, Baron Jacob Rothschild repeated his warning about the outcome of “the greatest experiment in monetary policy in history”. Little did he know that, they would keep rising, but related to that, he also made another warning which the market has so far ignored:

Government Whistleblower admits Labour Opened Borders to Eastern Europe to ‘Lower Wage Growth’
It should be no surprise then that it was under a Labour government led by Tony Blair, our borders agencgy was ordered to open the door to uncontrolled mass immigration from eastern Europe. The move came folowing a series of secret meetings between Blair and then Bank of England governor Mervyn King in which King “pressed the case” that mass immigration would “lower wage growth” by creating a pool of cheap workers, a former senior diplomat has claimed.

Could Italy’s Banking Crisis Drag Down Mario Draghi?
The latest banking crisis in Italy risks focusing scrutiny on the leadership of both the Bank of Italy and Italy’s financial markets regulator Consob. The decision to give the central bank’s current Chairman Ignazio Visco a fresh six-year mandate despite his having presided over one of the worst banking crises in living memory …

MORE on debt and financial meltdown