Analysis carried out by the Pew Research Center has revealed that just one in six protesters turning out at BLM demonstrations in the US are actually black. 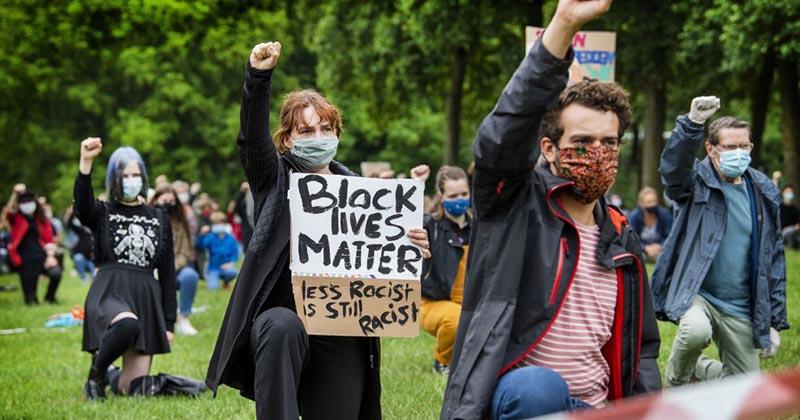 The research notes that the plurality of those present at the gatherings have been white people.

The full breakdown reveals that just 17 percent of protesters were black, while 46 percent were white.

A further 22 percent were Hispanic, with eight percent being Asian, the analysis highlights. 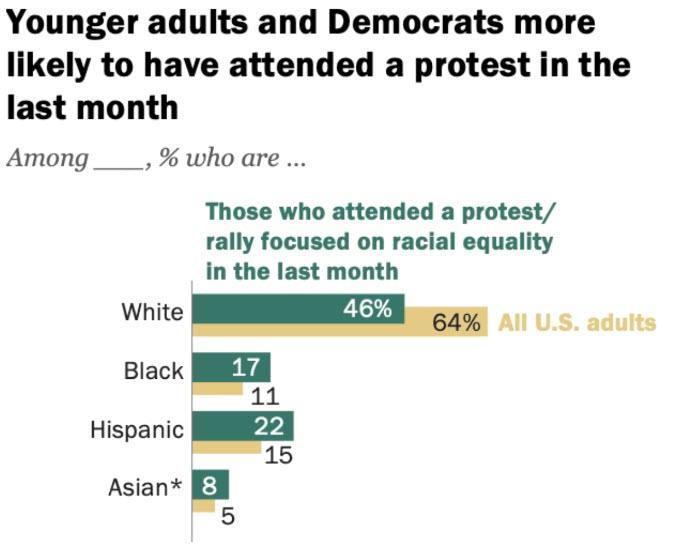 Perhaps even more telling is the demographic breakdown in terms of political affiliation.

Almost four out of every five “protesters” identified as Democrats or Democrat-leaning, with fewer than 17 percent identifying as Republicans.

The findings dovetail with comments made by BET Founder Robert Johnson yesterday, who noted that most black Americans “laugh” at white people attempting to bring down monuments and cancel everything they deem to be “racist”.

Johnson said that white people “have the mistaken assumption that black people are sitting around cheering for them saying ‘Oh, my God, look at these white people. They’re doing something so important to us. They’re taking down the statue of a Civil War general who fought for the South.”

“Look, the people who are basically tearing down statues, trying to make a statement are basically borderline anarchists, the way I look at it,” he continued, adding “They really have no agenda other than the idea we’re going to topple a statue.”

“It’s “tantamount to rearranging the deck chairs on a racial titanic. It absolutely means nothing.” Johnson asserted …