Authored by Dominick Mastrangelo via The Washington Examiner,

Stanford University’s disease prevention chairman slammed using statewide lockdown measures as a response to the coronavirus, saying they were implemented based on bad data and inaccurate modeling.

“There are already more than 50 studies that have presented results on how many people in different countries and locations have developed antibodies to the virus,” Dr. John Ioannidis said during a recent interview with Greek Reporter.

“Of course, none of these studies are perfect, but cumulatively, they provide useful composite evidence. A very crude estimate might suggest that about 150-300 million or more people have already been infected around the world, far more than the 10 million documented cases.”

Ioannidis pointed out the mortality rate is low among young people who have contracted the virus.

“The death rate in a given country depends a lot on the age structure, who are the people infected, and how they are managed,” Ioannidis said.

Since the pandemic began in February, more than 2.6 million people in the United States have contracted the virus, and 128,000 have died.

Several states have seen spikes in cases, especially in the southeastern part of the country, where lockdown measures were lifted earlier than in other states. 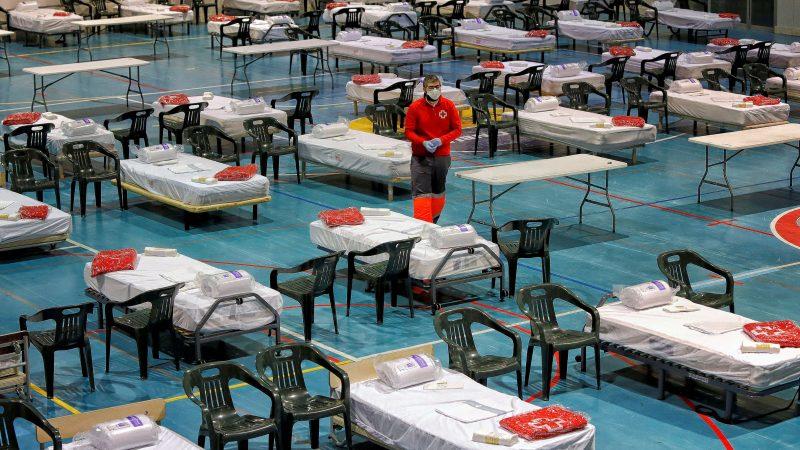 The mortality rate nationwide appears to be tapering, however, a trend U.S. health officials attribute to a younger age bracket in terms of infection. The national single-day death rate from the virus fell to a three-month low last month. Additionally, Massachusetts reported zero new deaths from the coronavirus on Tuesday for the first time since March … Continue reading >>>

Big Tech tyranny is the biggest threat to democracy in our era
This weeks main story, pushing Coronavirus aside at last, has been the attempt by Twitter to censor U.S. President, classifying his somewhat rabid tweets as misinformation. Whether you love or hate Trump or any other occupant of The White House, their utterings can never be dismissed as ‘misinformation’ because they represent what one of the most powerful people in the world is thinking.

UK To Ask Citizens Over 70 To Self – Isolatate For 4 MONTHS As Coronavirus Fails To Kill Zillions
UK Health Secretary Matt Hancock today confirmed the government plans to ask people aged over 70 to isolate themselves for up to four months amid a coronavirus pandemic. The goal is to protect them.
It’s quite obvious to us, experienced bloggers that we are, that the government, civil service, law encorgement and national security agencies and all the assorted experts and talking heads have forgotten the lesson our generation learned from The Hitch Hiker’s Guide To The Galaxy …

Is the World Health Organization involved in biological warfare research?
Dr. Francis Boyle, a professor of international law, talked in a recent interview with about the Wuhan coronavirus now sweeping through the far east, laboratory in Wuhan, China, where the genetically modified virus appears to have originated, and the World Health Organization’s (WHO) clandestine involvement in biological warfare research …Continue reading

Coronavirus Contains “HIV Insertions”: Claim Stokes Fears Over Genetically Modified BioweaponFor the past two weeks mainstream media reporting of the epidemic of a new strain of coronavirus in China has been getting more and more hysterical. However, reports have pushed back against one “conspiracy theory” about the origins of the virus that has now infected as many as 70,000+ people in the central China city of Wuhan alone (depending on whom you believe).

Corona Virus: Should We Worry
The official data coming out of China and from other sources including the World Health Organisation (WHO) on the spread of the Wuhan coronavirus continues to suggest an exponential growth rate. With more and more infectious disease experts are now openly calling the virus a full-blown global pandemic, many people are asking should we in the west be worried and how bad might things get?

Coronavirus Contains “HIV Insertions”: Claim Stokes Fears Over Genetically Modified Bioweapon
The theory that China obtained the coronavirus via a Canadian research program, and started molding it into a bioweapon at the Institute of Virology in Wuhan before it somehow escaped could be an attempt by the establishment (the Davosocracy,) to spread fear and panic as they see resurgent nationalism across the developed world and growing scepticism about