Authored by Ivan Pentchoukov via The Epoch Times,

A growing number of Americans feel that the political climate is preventing them from sharing their views, according to a new survey by the Cato Institute. 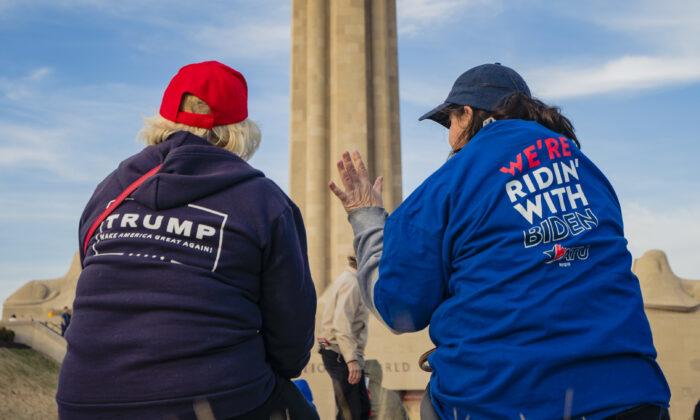 The institute surveyed 2,000 Americans and found that 62 percent are reluctant to share their views due to the political climate. In 2017, 58 percent of people surveyed expressed the same opinion.

The reluctance to share one’s views appears to grow as respondents shift right on the political spectrum, the survey found.

Compared to 2017, the reluctance to share one’s views increased across the political spectrum. Liberals, moderates, and conservatives were all 7 percent more likely to be afraid to express their opinions.

The increase in reluctance was more pronounced among strong liberals, rising 12 points to 42 percent, compared to 2017. Reluctance to share their views among strong conservatives notched up 1 point to 77 percent.

“This suggests that it’s not necessarily just one particular set of views that has moved outside of acceptable public discourse,” Emily Ekins, research fellow and director of polling at the Cato Institute, wrote about the survey.

“Instead these results are more consistent with a ‘walking on eggshells’ thesis that people increasingly fear a wide range of political views could offend others or negatively impact themselves.”

The self censorship cut across demographic groups as well, with roughly 2 in 3 Latino Americans and white Americans and nearly half of African Americans holding views they are afraid to share. More men (65 percent) than women (59 percent) said the political climate prevents them from speaking their mind.

Facebook has for some time had a policy of removing text that the majority of people would consider racist. Now the social media site is now deleting and blocking comments that only one person at Facebook decides is “racist.” The sinister, Orwellian reality of a society in which the expression of majority opinion is being turned into a crime has already been witnessed across Europe. Even more disturbing, social media operators such as Facebook and Twitter appear to be collaborating with governments in the suppression of free speech.
Facebook Declares War On Free Speech

Threats to free speech and other civil rights us ordinary punters fought and shed blood for are under threat, not from the extreme right but from the liberal left. The intellectually bankrupt lefties have realised their hundred year old arguments are never going to win the battle for hearts and minds and so have moved to the position in the political spectrum once occupied by Hitler and Stalin. Many people would never dream of questioning authority; others see their interests as being served by supporting the abuse of authority, they are the ones who call the questioners ‘conspiracy theorists’.
Threats to Free Speech

There can be no doubt, the right of citizens in the developed world to free speech, free access of information and freedom to express ideas is increasingly under threat as the power elites feel their grip being loosened by increasingly well informed and articulate working and midddle classes. Without any apparent sense of irony the advocates of big government and controlled media call themselves ‘the left’ as though their opponents are not bright enough to know that free speech is one of the foundations of classical liberalism and the suppression of free speech is a hallmark of tyrants.
Is Free Speech Being Murdered By The Media And Politically correct Left Wing Activism

The Self Righteous Minority That Threaten Free Speech</ppp

Until recently Universities were places where any ideas were welcome and any economic, social, or scientific theory, no matter how extreme would be given a fair hearing and debated openly. So where did it all start to go wrong? How did the idea that there is only one set of acceptable answers to society’s problems (the ‘pensée unique’ to use a French phrase I am fond of, redolent of The Borg in Star Trek and much more demeaning than “Social Justice Warriors”) and that those who challenge the orthodoxy should be silenced and prevented from broadcasting their ideas in print or verbally.

The Imporantance Of Free Speech And The Right To Offend

Our right to free speech is under threat from intolerant, authoritarian left wingers or ‘progressives liberals’ as these illiberal reactonaries like to style themselves. The ‘Politically Correct Thought Police’ as I have somtimes called them in acknowledgement of Geoge Orwell’s novel ‘1984’, are determined that in they egalitarian dystopia they dream of (but that fortunately could never be) nobody will be able to say or do anything that may offend s member of any racial, sexual or social minority. This kind of fascistic tyranny is justified by invoking politically correct ideals, but it is having a deeply damaging effect on human society and could eventually result in civil conflict in the developed nations.
The Imporantance Of Free speech And The Right To Offend

University students have claimed they are being pressured by political activist lecturers into writing essays which pander to the “anti-Brexit bias”in the higher education system, and fear they will be marked down if their work does not comply with the left wing agenda. Students have alleged that free debate on Brexit, and opinions opposed to those of the “Remain” camp is being shut down by lecturers supporting the movement to thwart the democratic will …

Poor white pupils put off school by multicultural timetable
Education, should it be about learning to read, write, spell and calculate? Or should it be about feminism, gay rights, black history and ‘gender awareness’ whatever that is? For many years we have had multiculturalism and politically correct thinking rammed doiwn pupils throats but noe a study by a local education department suggests this obsession with politically corret diversity is responsible for the failure of white working class pupils.

Education, Education, Education And To Hell With The Kids
Teaching used to be a vocation and education a high minded calling for those who wished to prepare young minds for adult life by making the process of learning, in the classroom, by discovery and through osmosis, an exciting and fulfilling lifelong process

Its Nineteen Eighty Effing Four In The Education System
Progressive aproaches to education seem to be ideologically driven rather than focused on the needs of the individual pupil. so will the left’s dreams of eqality be fulfilled when every child leaving the school system is equally dysfunctional.