Skip to content
HomeThe Biggest Fraud Ever, Part 1: The Hocus “Science” Behind Lockdowns

Fraud (from 14th century Latin) n – deceit, trickery, intentional perversion of truth in order to induce another to part with something of value or to surrender legal rights: and art of deceiving or misrepresenting; imposter, cheat, one who is not who that person pretends to be: something that is not what it appears to be

Hoax (probable contraction of hocus, circa 1796) n – an act intended to trick or dupe: something accepted or established by fraud or fabrication; v – to trick into believing or accepting as genuine something false and often preposterous

Swindle (from Old English, coined circa 1782, “to vanish”) v – to take money or property by fraud or deceit.

When Wirecard went straight from a DAX-30 €12bn capitalisation to insolvency in June, we wondered not only why it had taken so long for the auditor to seek confirmation of cash balances but why so many investors had been hoodwinked for so long by its empty claims to have been a legitimate player at the epicentre of the digital payments industry. We had also long been inclined to believe that $4bn FTSE-100 member NMC Healthcare’s management had been siphoning off shareholders’ assets (and that the same was true of its smaller sister “fintech” company Finablr), but were bemused to see continued institutional demand for insider share placings and belief in faked takeover rumours, right up until the declared insolvency in March.

Whilst we think there is plentiful potential for further stock-market flops it is time to consider whether these serious corporate failings have now been dwarfed by the unnecessary damage caused by the “science” behind lockdown and the current parallel focus on a vaccine as the sole long-term COVID solution. 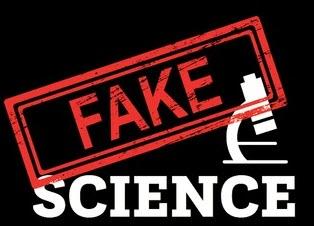 Part 1 – The hocus “science” behind lockdown

When lockdown was imposed, we were told we were facing a second Spanish flu pandemic (thought to have killed up to 50 million people); that hospitals would be overrun and there would be 500,000 deaths in the UK alone. This was a powerful and emotive narrative, but it was never true. Governments and an obedient media focused exclusively on Imperial College’s now discredited doomsday scenario built on a hypothetical, badly coded model5, ignoring its author’s history of failed doomsday predictions and the different views of other scientists.

Alternative evidence-based (i.e. theories based on facts) population samples already existed: the most prominent being the Diamond Princess Cruise Ship; which at the end of February accounted for over half of all confirmed infections outside of China. “Cruise ships are like an ideal experiment of a closed population”, according to Stamford Professor of Medicine John Ioannidis. “You know exactly who is there and at risk and you can measure everyone” .

Quarantined for over a month after a virus outbreak, the entire cruise ship ‘closed population’ of 3,711 passengers and crew, with an average age of 58,  were repeatedly tested. There were 705 cases (19% total infection rate) and six deaths (a Case Fatality Rate of just 1%) by the end of March (eventually 14 in total). This compared to 116 deaths that would have been predicted by the Imperial model).

Over half of the cruise ship cases were asymptomatic, at a time when the official “science” behind the lockdown, Prof. Neil Ferguson (UK), dismissed the lack of any evidence for a high proportion of cases so mild that they had no symptoms and Dr Anthony Fauci (US) had written in the New England Journal of Medicine that in the event of a high proportion of asymptomatic cases, the COVID mortality rate would ultimately be “akin to a severe seasonal influenza” … Continue reading >>>