The government of The Netherlands announced today that public that there will be no legal requirement on people to wear masks in public spaces as a measure to slow the spread of COVID – 19 coronavirus. The announcement from the nation’s capital stated that the effectiveness of mandatory masking of citizens remains unproven. 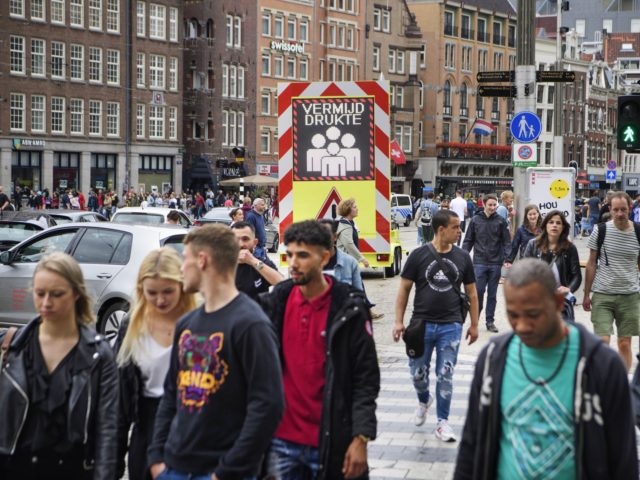 The Dutch Minister for Medical Care Tamara van Ark said the decision had been made after a review of evidence for and against masking by the country’s National Institute for Health (RIVM).

The official advice for preventing spread of the virus from person to person is for better adherence to social distancing rules. After confirmed coronavirus cases spiked over the past seven days, Reuters reports Van Ark told at a press conference in The Hague “Because from a medical perspective there is no proven effectiveness of masks, the Cabinet has decided that there will be no national obligation for wearing non-medical masks.”

RIVM chief Jaap van Dissel conceded that  masks are known to help slow the spread of disease in hospital situations where especially vulnerable people are involved or in crowd situations such as on public transport, but remained unconvinced they will do anything to counter coronavirus outbreaks in the Netherlands.

He argued wearing masks incorrectly, together with worse adherence to social distancing rules that the false confidence masks give to wearers, could increase the risk of transmitting the disease.

The decision followed a meeting of health and government officials after new coronavirus cases in the country rose to 1,329 in the past week, an increase of more than a third. The case level has since flattened out.

As Breitbart Europe has reported, the Dutch response to the pandemic has been differen to most of Europe. Shops and businesses have remained open and families walk and  cycle together to picnics or beisure outings in the sunny summer weather the Netherlands is enjoying. The government describes its actions as an “intelligent lockdown” to meet the coronavirus threat. Sports events, theatres and music venues and other activities which put people in close proximity have been closed but businesses have remained open.

In contrast to most other European countries where people were ordered to remain housebound for months at a time, the Dutch authorities merely advised people to stay home if possible and to keep 1.5 metres (five feet) of social distance.

The Dutch position — very similar to Sweden’s, which has been attacked by control freakery fans  — also reflects a wider philosophical split in both Europe and the world on how to balance the need to control the disease against the catastrophic economic and broader societal damage caused by harsh lockdowns.

While critic’s of Sweden’s limited lockdown and decision to keep the economy running have gleefully pointed to the fact that statistics for deaths and infections in Sweden have been similar to elsewhere in Europe they omit to mention that the vast majority of Swedish cases have occurred in migrant dominated suburbs where people live in crowded conditions and where advice on social distancing and minimising contact has largely been ignored.