Skip to content
HomeNo Whites, No Conservatives, No Dogs: BBC Advertises Jobs For ‘Black, Asian and Ethnically Diverse Candidates Only’ 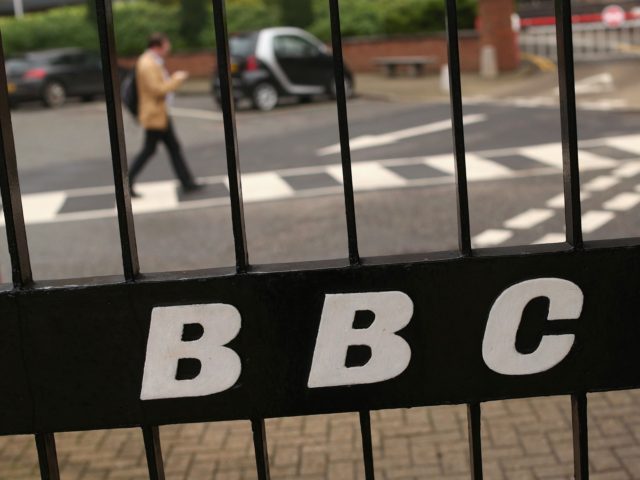 Our taxpayer – funded national broadcester The BBC has warned white people to not bother applying for an entry level job in Glasgow, in the the most blatant to date demonstration of anti-white bigotry from the leftie – run corporation.

A job advert posted by Creative Access — a firm that seeks to increase minority representation in the media and the arts — said that the BBC’s Science Unit in Glasgow was seeking non white applicants for a one-year, £17,810 per year trainee production management assistant position.

A spokesperson for the recruitment agency that placed the ad said the position was “only open to black, Asian and ethnically diverse candidates,” according to The Mail on Sunday. Now a lot of leftoies will chant in chorus “You can’t believe anything you read in the Main, demonstrating again the anti British sentiments that pervade left wing thinking.

Joe Ventre campaign manager for the Taxpayers’ Alliance, said: “BBC bosses shouldn’t be supporting race-based recruiting with taxpayers’ money. Taking an approach like this further undermines confidence in the Corporation and their use of licence fee payers’ cash.”

While positive discrimination was made illegal under the Equality Act of 2010, there is a loophole for ‘positive action’ to discriminate on the basis of race or gender for trainee and internship roles within companies.”

The cooperation between the BBC and the Creative Access agency in discouraging white applicants has been longstanding, with Breitbart London reporting in 2016 that the firm advertised for four positions for the public broadcaster for “Black, Asian and non-white minority ethnic backgrounds”.

What is particularly noticable in this case and others like it is the absence of outrage from feminists, communist, Gay BLT and equal opportunities organisation including the Trade Unions. But then hypocrisy and double standards were always the stock in trade of left wing organisations and their supporters.

The result is exactly the same. And it is blatantly obvious to every intelligent person old enough to have missed or strong enough to have resisted the indoctrination and brainwashing they are subjected to in the left dominated education and higher education systems.

Has everybody forgotten these words spoken by Martin Luter King slightly over 50 years ago: “I have a dream that my four little children will one day live in a nation where they will not be judged by the color of their skin but by the content of their character. I have a dream today.”

To the rabid extremists of the modern left, even the 1960s civil rights leader MLK is a racist now. According to the pseudo – intellectual bullshit passed off as philosophy in academic institutions King was guilty of what they call Colourblind racism and what intelligent, articulate people whose uttering are not tainted by Cultural Marxist bullshit call open mindedness. People who subscribe to colorblind explanations claim they do not see the color of people’s skin and believe everyone to be equal. The cultural Marxists of the far left claim Colorblindness prevents us from seeing the historical causes of racial inequality and how racial inequality persists in our society.

Their fear is that if we treat everybody equally then there are no victims, and those useless whiners who make a nice living in the race baiting industry which has its snout deeply inserted in the trough of taxpayers money will be out on their arses.

[ Race and racial issures ] … [ Politically Correct ] … [ Culture wars ] … [ Humanitas ]
Links to other article on race issues
October 24, 2019 Far left activists, motivate by hatred of anyone who disagrees with them, campaign against ‘hate speech’ (that’s free speech to you and me.) A Massachusetts USA congressman wants to end sexism by punishing sexist language – specifically the word “b***h” – with fines and even jail. But policing speech doesn’t kill the underlying sentiment – … Continue reading

Union of UK academics says you can identify as any race & sex from RT 18 Nov, 2019 Warwick University graduates on the day of their graduation ceremony in Warwick, Britain July 17, 2017 © Reuters / Russell Boyce Birth race and gender can be thrown out the window as far as the UK Universities and Colleges Union is concerned. The fact that you can just declare yourself … Continue reading  ‘White Racism’ January 27, 2017 For too long the neo – Fascist left have been allowed to get away with dividing all of humanity into two racial groups, black and white. This has allowed those extremists who support the idea of an authoritarian, global government to dub white people generally as racist, because we have (again generally)been more successful throughout … Continue reading    Football really is in big trouble with this race thing. January 8, 2012 The lastest chapter in the desultory narrative on racism in football was written on Friday night in the FA Cup tie between Oldham and Liverpool. It is alleged a Liverpool fan racially abused Oldham player Tom Adeyemi who was so upset at being called a “b**** cunt” he burst into tears. Boggart Blog thinks this … Continue reading    Council Of Europe Concerned At Rising Racism In Germany: Immigration A Benefit To European Culture October 1, 2015 A report from Europe’s top human rights watchdog, The Council Of Europe, published Thursday, 1 October raised concerns about the growing incidence of racismracism in Germany, citing a wave of far-right, anti-Islam demonstrations at odds with the more recent image of a country ready to open its doors to hundreds of thousands of refugees (no … Continue reading Council    Even Left Wing News Sites Are Turning On The Bigots Who Screech Racism OUR OTHER SITES
[Daily Stirrer] … [Boggart Aboad] … [ Greenteeth Home ] … [ Medium.com ]

Covid ivermectin and the crime of the century