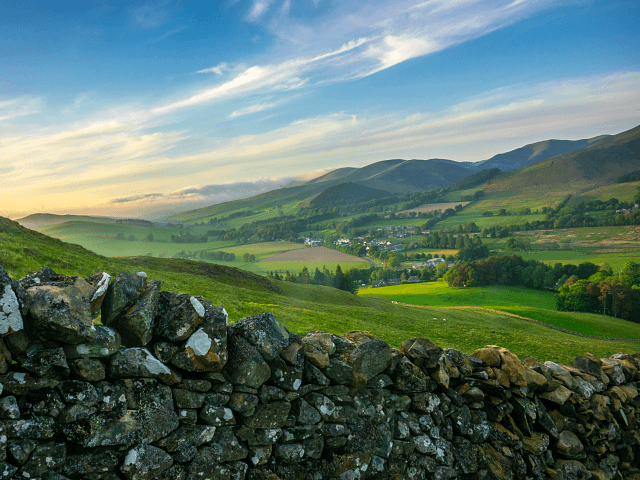 The BBC may have discovered that the countryside… is racist.

According to its rural affairs programme Countryfile – where, thanks to uber woke presenters like Chris Packham, the emphasis is very much on the first syllable — “many Black, Asian and minority ethnic groups see the countryside as being a white environment.”

Well perhaps some of them do. But judging by the thousands of angry responses to the BBC’s race-baiting tweet, there are a lot of people in Britain – both white and non-white – who object very strongly to having the natural landscape used by the BBC as a political football to advance its woke agenda … Continue reading >>>

Our leaders headed to Scotland today, campaigning to save the Union – maybe they should have stayed in London
(picture: The Three Stooges)

You know you live in a country run by idiots if … …

… you can be arrested for fishing or watching television without a license, but not for being in the country illegally.

… you have to get your parents’ permission to go on a school trip but not to get an abortion.

… you have to show identification to board an aircraft, pay by cheque or join a club but not to vote on who runs the government.

… you cannot buy two packs of paracetamol in one supermarket, but you can visit every supermarket, pharmacy and general shop in town and buy a pack in each.

… an 80-year-old woman can be stripped searched by the borders Agency officials but a woman in a hijab is only subject to having her neck and head searched because anything more would be ‘culturally sensitive.

… your government and main opposition party believes that the best way to eradicate trillions of £££ of debt is to borrow trillions more.

… a seven year old boy can be accused of sexism and suspended from school for saying his teacher is ‘pretty’ but giving classes on sexual exploration or diversity to seven year olds is perfectly acceptable.

… the government’s plan for getting people back to work is to reward people for NOT working through a generous benefits system, but punish those who work with high taxes, pointless rules and regulations and a housing policy that make it impossible for couples to start a family because suitable housing is unaffordable.

… being stripped of the ability to defend yourself because as the Crown Prosecution Service goes after victims of crime who injure their attackers in defending themselves, passivity makes you more “safe according to the government.

All of these things prove you live in a country run by idiots.

The main point here is that the swing towards ‘Yes’ in Scotland may be simply a measure of pissedoffness with Westminster consensus politics and the idiocies of political correctness rather than any genuine wish for or understanding of the real implications of independence for Scotland.

It’s probably cheating to dig up a post from 2005 because the story is news again but hey, it saves me a lot of thinking and a lot of typing and this good(ish) weather may not last long 😀

A new danger threatens the peace and security of the Nimby’s who so recently fled the social chaos of the urban jungle to seek a better quality of life in the country. These people are now clamouring to get back into loft apartments cocooned safely in the regeneration areas of the city centres as nature red in tooth and claw conspires to drive them to new levels of paranoia.

Ironically it was the sentimentality of the Nimbys that lad to the plague they are now fleeing. The rural community, in an effort to protect the money rustics make by overcharging the second homers and urban exiles for everything farmers with guns are today beginning a cull of badgers.

Badgers are not stupid however and are taking refuge in proximiy to sentimental and politically correct townies who loathe nature when it is not pretty and photogenic but abhor farmers and guns and thus think farmers with guns are Belial incarnate.

The nimbys are under seige as gangs of Badgers roam the fields and hedgerows threatening to spread T.B. and Bird Flu among dogs, cats, ornamental poultry, other domestic animals and garden gnomes. The Badgers, mostly young and predominantly male, feel marginalised and alienated by the way their environment has been bulldozed to make way for Persimmon Homes Developments.

“I feel some sympathy for them in a way” said Chief Inspector Waddac Hunt of the Merchantbankershire police, even a one bedroomed starter hole round here can cost close to quarter of a million. What chance has a local Badger of ever getting on the mortgage ladder?”

Investment Bankers Rupert and Jemina Offcomer told Boggart Blog that the police are hostile to people like themselves because they are newcomers.

“Our cat Raffles is was traumatised when a young Badger in a hooded sweatshirt stopped her and asked if she was sorted for TB and Bird Flu.” she said Jacintha (32) and looking radiant in a scoop necked T-shirt from D&G.

Rupert (37) then added “that is just the kind of thing we moved out here to get away from as his wife broke down in tears.

“It’s a difficult situation” said Waddac Hunt, “We are trying to work with the leaders of the Badger community but each time we arrest a renegade Badger it just attracts new recruits for the gangs. Some people say we should get tough, but if you send an unruly young Badger to prison, a few months later you release a fully trained criminal into the community. No, I think we should persevere with Anti Social Badger Orders and ask the rich, privileged, egomaniacal cu….. country émigrés to be a little more tolerant. After all, the Badgers were here before the Bankers.

The hunt for the terrorists who didn’t blow up ten jet airliners with bottles of lucozade has centred on a wood in High Wycombe. Police will not say what they hope to find in the stretch of woodland for fear of compromising the investigation.
Squirrel Shit of Mass Destruction is what they are going to find of course.

RELATED POSTS:
Grey and white peril coming to a rural area near you