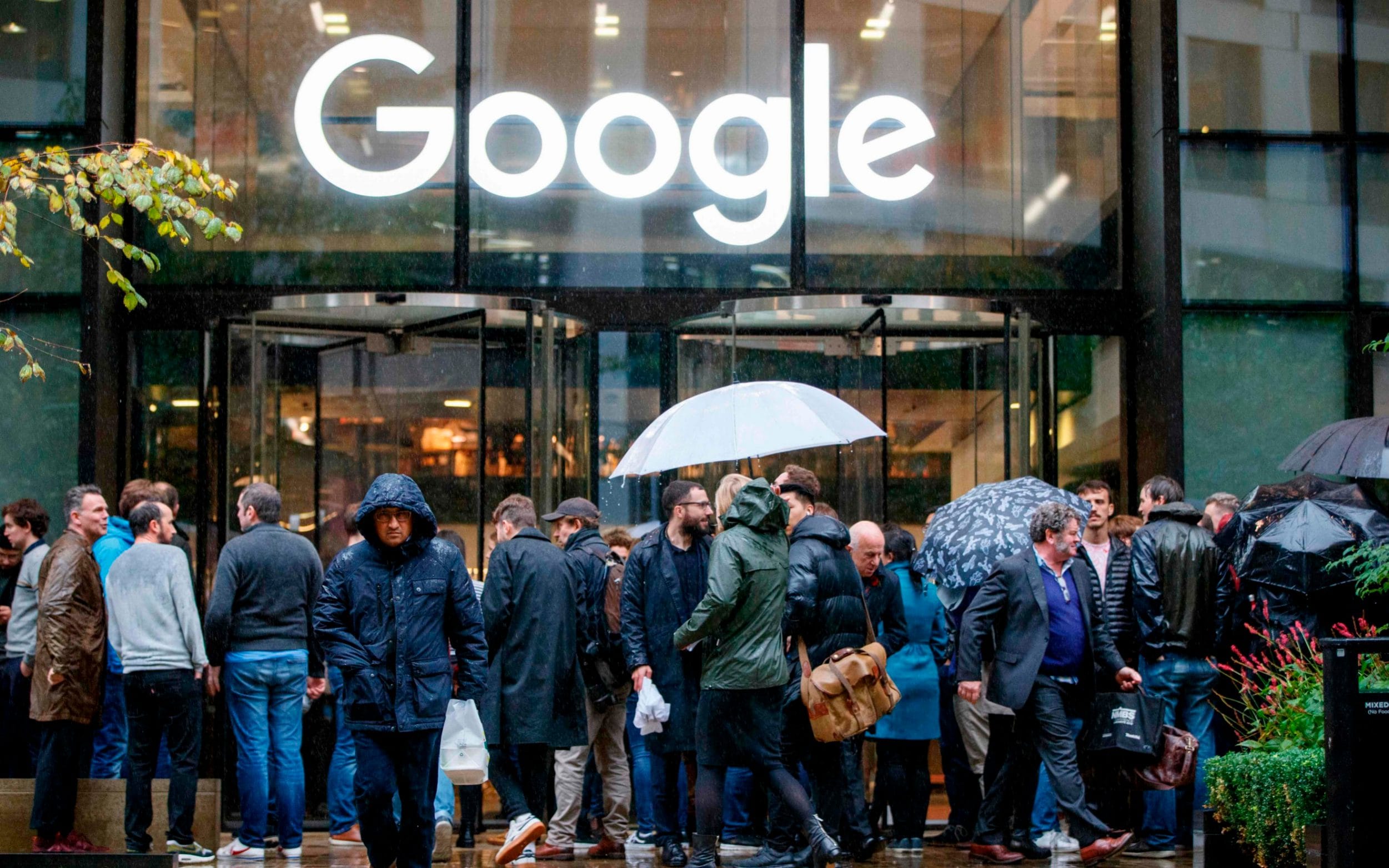 Thousands of Google employees staged walkouts in offices around the world this week in protest at the company’s bias toward while males in its hiring policy and the alleged protection of senior employees accused of sexual harassment and assault. Staff in London, Zurich, Dublin, Haifa, Tokyo, Singapore and its Silicon Valley headquarters arranged protests backed by management, after a post on Google’s internal social network suggesting a “women’s walk” gained hundreds of votes.

What has happened here is due to the politicisation of education, Google (a company this blog has no sympathy for,) can only recruit people who though they might be very clever at solving mathematical equations, have been indoctrinated with the Cultural Marxist dogmas of the far left. This is not the first we have heard of the political monoculture fostered by Google’s senior management:

It was back in September 2016 that the world first heard of James Damore a software engineer employed by Google who became so pissed off with the tech and world domination gian’t hypocritical posturing on issues of political correctness he blew the whistle and revealed that the company’s ‘equal opportunities’ hiring policy was not quite as equal as their public relations information liked to pretend. Google’s technical staff were predominantly male Damore revealed, before going all out off message by stating that scientific studies showed men were biologically better equipped than women for certain roles. More >>>.

In this latest example of how quickly the politically correct though police turn on their strongest supporters at the fist sign on deviation from ‘the agenda,’ more than a thousand employees at the company’s head office in Mountain View, California, paraded outside the building carrying signs that said “Stand up for Google women” and “Act now for our future”. Staff chanted “Women’s rights are workers’ rights”, and “Not OK, Google!”

Hundreds of employees at its San Francisco office staged a similar walk out, holding signs with “Don’t Be Evil”, the company’s original motto, printed on it. (Greenteeth Digital Media have always said it was incomplete – Google’s real motto was “Don’t be evil, that’s our job.”

Meirav Rotsten, an employee who took a leading role in the protest, said: “We’re here to collectively stand up and say ‘No, no more, not here’.”

Workers took to a makeshift stage to share stories of harassment they claimed to have experienced at Google. One app developer said that she would never encourage children to think about a job in technology, likening it to “sending lambs to the slaughter”.

Cathay Bi, one of the march’s organisers, said: “I experienced sexual harassment at Google [and] I did not feel safe talking about it. That feeling of not being safe is why we are here today.”

A Google employee who helped organise the event said: “Boy did I underestimate how big this was going to be.

We wonder how naive these sill females are to accept jobs in an organisation that by its nature will always be organised not just by men, but by nerds, socially dysfunctional men whose lack or interpersonal skills and personal hygiene deficiencies mean that not only will they be sex starved, but they will not know where the line that separates exploratory flirting from sexual harassment is drawn.

It is understood the protestors also have concerns about inequalities in the number of women, blacks, gays and transgendered people Google hires. As somebody who believes Google’s abuse of users privacy and their secret tracking of individuals strayed over the line between creepy and downright criminal years ago, this is good news.

If Google is forced by its SJW staff to start hiring on the basis of ethnic or sexual identity rather than professional or technical merit, the company’s fortunes will soon start to decline.