Has that stupid, boring eclipse business finished yet? I first saw an eclipse when aged about ten, my Dad had to go and stand on a hill in Wales and talk to a bunch of very boring people who prattled on about how exciting it was, because the newspaper he worked for had given away free mylar specs to view it with (failed stunt, all the other papers gave them away too).

There was this massive build up, then it went dark for a couple of minutes, and then when the ghost of Dylan Thomas should have appeared, reciting in sepulchral voice “Do Not Go Gentle Into That Good Night,” everything went back to normal. And since then I’ve thought, “When you’ve see one eclipse, you’ve seen them all, they’re like Carnival parades really.” 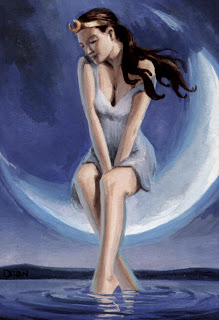 See, the thing about natural phenomena is they’re just so natural. Brian Cock and Dara O’Boring are just people who live very sad lives but when you have more testicles than brain cells and its by no means certain either has a full set of testicles, I suppose soul destroyingly mundane can seem very very exciting.

Anyway there isn’t another here until 2090 (they’re happening around the world all the time) which is probably disappointing for scientists and other magical thinkers, who seem to think each one is a never before experienced event, but as I only plant to live to age 125 with a bit of luck I might peg out before the next.