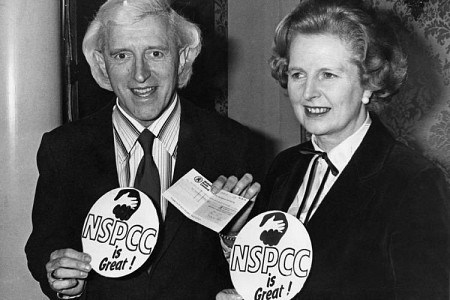 Centralized power – the worst of all possible worlds

For quite some time now, since I gave up trying to raise a smile most days because the world is now so insane it is impossible to parody or satirize it, a theme of this blog has been the dishonesty, corruption and culture of cover up that runs through government and the public sector.

It is not just this country either. Today’s first story, another chapter of the Paedophiles In High Places sage, come from the USA, a country whose rent-boy President, you may remember, actually appointed Kevin Jennings, a man who made a career out of campaigning for legalisation of sex with infants and equal rights for kiddie fiddlers, as a senior manager in the education department.

It doesnt matter whether political or corporate, highly centralized power in any forms must be resisted wherever it rears its authoritarian head. Corporatism is fascism, Benito Mussolini said.

In this, the worst of all possible worlds, to paraphrase Dr. Pangloss such an unholy and undemocratic alliance has become reality as we have stood by and allowed the manipulators to engineer the union of corporate and political power in what we erroniously continue to call ‘the free world’ over recent decades. The inevitable result is that the combined forces of oligarchy begin to rapaciously plunder and ravish the citizenry with zero accountability. This is a fair description of Europe, The United States and other developed nations in 2014.

The problem with centralized power is that lack of accountibility which facilitates the culture of cover up (sic)and thus encourages sociopaths (for obvious reasons) gravitate toward, and greatly covet, positions of power.

Power is the most addictive drug known of course, and even lowly jobs in the public sector offer enough opportunity to fuck with peoples’ lives to attract neophyte sociopaths.

Once embedded in such positions, they are then able to act upon their desires with general immunity, and if they are caught, are often left in positions of power by others who at that point own them via blackmail.

This of course is nothing new, it is how the game of power politics and economics has been played since , the earliest civilisations. It is also why decentralization of power is the natural evolution we as a species must embrace in order to build a better world. And yet we see in Europe a push for greater integration and more surrender of sovereign power to Brussels my member states, we see in the USA more centralization of power on The White House and the increasingly Imperial President and around the world, through agencies like the United Nations, NAFTA, NATO and the G20 we see a push for global government.

And all the time the perverts who have insinuated themselves into the bureaucratic system that serves the power elite are getting on with corrupting innocence and destroying the values that hold society together. how do we know?

Well setting aside the Jimmy Savile affair and other celebrity scandals in which cover ups of wrongdoing protected criminals for decades and putting on th back burner the grooming scandals in Rotherham, Bradford, Newcastle, Oxford and London we only need to take a less than forensic look at world news.

As the acting cybersecurity chief of a federal agency, Timothy DeFoggi should have been well versed in the digital footprints users leave behind online when they visit web sites and download images.

But DeFoggis conviction is perhaps more surprising than others owing to the fact that he worked at one time as the acting cybersecurity director of the U.S. Department of Health and Human Services. DeFoggi worked for the department from 2008 until January this year. A department official told Business Insider that DeFoggi worked in the office of the assistant secretary for administration as lead IT specialist but a government budget document for the department from this year(.pdf) identifies a Tim DeFoggi as head of OS IT security operations, reporting to the departments chief information security officer.

Now it would be easy to get the idea that there are paedophiles everywhere but this blog has never been interested in spreading fear and panic. There aren’t, it is still a relatively rare deviation. That so many of them have ended up in public life, in the Churches and the education system is due to the reasons set out in the opening paragraphs, mainly that centralization of power protects them and bureaucratic organisations have a collective instinct, a kind of hive mentality, that causes individuals to close ranks and protect the organisation.

As that great journalist Bernard Levin once said, “The least amount of power always leads to the greatest desire to abuse it.

The notoriously nasty public lavatories of Malaysia’s largest city are to be revamped with unconventional urinals. The new designs would include urinals in the shape of musical instruments, a clown’s face, and open mouths with
painted red lips and a pink tongue, according to a newspaper quoting Robert Lau, the deputy housing and local government minister.

It was probably around forty years ago that a geeky student wandered onto the Top Of The Pops set and warbled a song about the degeneration of Society. Everyone’s Gone To The Moon was Jonathan King’s first hit record. I the years that followed we all wished he would go to the moon. Or at least fuck off somewhereanywhere.