China’s launch of a Yuan-backed oil futures market could shatter the US dollar dominance of the crude oil market, a goal China and Russia, with support from, Iran, have been working towards for at least five years. The US dollar will not give up the top spot easily however so we can expect interesting times ahead for business and trade.

The long awaited yuan-backed crude oil futures market was launched at the end of last month in Shanghai. China is the world’s biggest oil consumer, with eyes on rival benchmarks Brent and WTI as well as the US currency. Beijing sees the US dollar dominated oil market as standing in the way of it’s becoming the world’s largest economy.

Trading of the new oil futures contracts for September settlement started on the Shanghai International Energy Exchange at 440.20 yuan ($69.70) per barrel, reports Chinese daily the South China Morning Post. Some 18,540 lots have reportedly been sold and purchased so far.

“The question number one is whether China will be able to make the oil market its demand market, and not the oil supply market traded in dollars, which it is now,” Vladimir Rozhankovsky, Global FX Investment analyst comented, according to geopolitics.co. China has recently overtaken the US as the world’s number one oil buyer.

If the world trade enters into a death spiral of reciprocal economic sanctions, keeping oil trade in dollars will be a matter of strategic importance, or a matter of survival for the US,” the analyst added, referring to the recent spate of tit for tat export tariffs imposed by China and the USA.

As a result of these, Washington can deliberately undermine the image of the petro-yuan by attacking Chinese stock, which could result in the devaluation of the yuan, making Chinese oil futures less attractive, Rozhankovsky said. However, the US has some major disadvantages on which the petro-yuan can capitalize. First, the US dollar is still overvalued in currency markets, making domestic oil production very expensive. Second, while Russia and Iran have overland pipelines, the United States does not have transatlantic pipelines to its major markeys in Europe, and tankers are costly and highly risky, the analyst added.

“The trade war between the US and China has already begun. China has plans to promote the renminbi as a reserve currency and there is no better move than to purchase raw materials in its national currency. It can save money on the currency conversion and become less dependent on the US dollar,” Stanislav Werner, head of the analytical department of Dominion, commented in whatreallyhappened.com

Werner notes that the oil market is worth $14 trillion at the moment, and is bigger than the Chinese economy. “The first trading sessions were volatile, but this is a typical story for new financial instruments. The US has a serious reason to get nervous, because in many ways the hegemony of the US dollar came from oil trading in dollars,” he said.

Things seemed to be going to plan for the European Unon’s single currecncy, The Euro, which was the biggest single step in the plan to merge member states into a single political entity. Tied to the German economic powerhouse the poorer nations could not manage their finances efficiently and soon became dependent on bailouts from the European Central Bank which were made with attached conditions suggested by Germany.

Washington is pushing Kiev to military solution of Donbass conflict
The US is inciting Kiev to end the crisis in eastern Ukraine by force, said the Russian foreign minister citing US support of the recent Ukrainian law on the special self-governing status of Donbass, which Moscow says undermines the Minsk-2 deal.

The Imperatives Behind The New cold War
The ‘new Cold War,’ against Russia, is something of a misnomer, because it differs from the original version, against the U.S.S.R., in that it’s already a hot war, which started in Ukraine as being the key proxy-state for the American Government’s chief foreign-policy aim, of defeating Russia.

The world is dumping the American dollar
Fears for the future of the US dollar
Iran, oil and the US dollar
Obama and Kerry warmongering is about saving the dollar
Collapse of the petrodollar imminent
Obama goes head to head with Russia over the Petrodollar
India and Turkey latest sign – ups to dump the dollar club
Russia, Ukraine and the Petrodollar
American dollar dumped?
America’s global hegemony broken?
America’s true debt disaster
Is the USA leading the collapse of the global economy
How the Wall Street Bankers have rigged markets
A conspiracy of Bankers
Debt: The Quadrillion Dollar conspiracy
The dollar ponzi scheme keeps US economy afloat
Why printing money has failed the western economies
Imminent collapse of the petrodollar
Russia and China make war on petrodollar while Obama vacillates
Russia and China sign up Turkey and India to moves against dollar 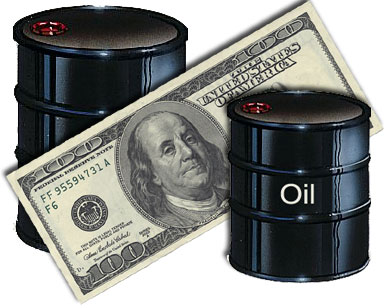 We have been blogging and commenting for several years on moves by Russia, China and Iran to replace the US dollar as the global reserve currency, or at least to create a serious rival to the dollar hegemony. There can be no greater threat to the established order (or to the global banking cartel’s dreamed of New World Order,) than the emergence of a serious rival to the dollar. As economic game-changers go there is none bigger or more disruptive than a yuan-denominated settlement system for crude oil contracts, especially when set it is set up up by the largest importer of crude on the planet and the second largest exporter of hydrocarbons.

Given the level of U.S. provocations of Russia and China over the past few years and the recent return to cold war conditions with a new arms race on the cards, perhaps we ought to be happy that the Russians and Chinese seem to prefer currency wars to shooting wars as both have demonstrated they have formidable arsenals of advanced weapons and it is far from certain the U.S.A. and NATO could take on either, let alone both simultaneously.

And yet Beijing’s strategy seems to be a softly softly approach. Oil trades are already being conducted in petro-yuan at the Shanghai International Energy Exchange is on hold. This may be related to US sabre rattling and concern that the US deep state, having no economic response to the move may react rashly if presented with a fait accompli. Thus the fact that China and its partners chose to play down the official launch of the new settlement system is understandable. There was room for some euphoria following the launch, Brent Crude soared to $71 a barrel for the first time since 2015. West Texas Intermediate (WTI) reached the highest level in three years at $66.55 a barrel; then retreated to $65.53.

The launch also signalled a series of “firsts” for China’s trade links with the west, including the first opportunity for overseas investors to access a Chinese commodity market. Significantly, US dollars will be accepted as deposit and for settlement. In the near future, a basket of currencies will also be accepted as deposit. This is entirely in line with the Sino – Russian policy of moving their economic partners towards conducting trades in the currency of the vendor nation.

Will the launch of the petro-yuan be a deathblow to the petrodollar and U.S. economic dominance and the birth of a new era in trade relations? It will but the change is likely to take years rather than weeks. Many variables have to be considered, the most important being China’s capacity to manipulate and eventually dominate the global oil market.

The Business of War: Defense Sales Keep Economies Of Manufacturing Nations Afloat
Tens of thousands have been killed and millions displaced due to ‘humanitarian’ interventions by the developed nations (led by the USA, France and the UKm the FUKUS axis) in the domestic politics of third world nation. Usually the interventions support rebel groups who if they came to power would be far more oppressive and brutal regime than the one they replaced.

… That gold sale in 2013 was a naked short. The seller had no gold to sell. COMEX reported having gold only equal to about half of the short sale in its vaults, and not all of that was available for delivery (quite a lot of it belonged to the german government) In effect the naked shorting of gold could only work because really the right hand was selling to the left hand.

Arthur Foxake brings us a brilliant analysis of the geopolitical picture from the black Sea and Middle East, but ahead of the embed window we get a few of Arthur’s own thoughts on the situation

Russia Just Sent out a Message NATO Should Better Listen To

The key paragraph from the latest official Russian naval doctrine is that Putin and his military advisers have sent a clear message that NATO encroachment is unacceptable. To be honest, there is nothing earth shattering in this, The Daily Stirrer and many other alternative media news and analysis sites have been warning for about two years that Obama’s foreign policy was making conflict inevitable.

De – dollarization Moves Ahead – Once Again We Told You So,

Another Conspiracy Theory Becomes Fact: Oil Collapse Is All About Obama’s Proxy War With Russia.

Iran’s Oil and the US Dollar

Strange things are happening in the finance markets, very strange. As the FT and Dow Jones main indexes go up and down faster than a whores knickers, commodity prices are behaving weirdly too.

Back to Contents table

If You Look At How Fast Global Trade Is Unravelling, You’ll Get Dizzy

Governments constantly make positive noises about the health of their economies although most people who are in work have felt no improvement on the position they were in after the crash of 2008. Wagest are stangnant, employment has reduced somewhat (see below) and while the banks are printing money and the super rich are widening the gap between themselves and ordinary people faster than ever, the real situation is frightening.

The move by governments to eliminate cash as a means of trading goods and services is moving faster than we imagined. With another global financial crisis looming according to financial journalists and investment experts this is as understandable as it is undesirable for us ordinary punters.

Refugee Crisis Or Existential Battle With USA for Europe

It has been clear for some years now that the USA, backed by its main NATO and EU military allies the UK and France (the FUKUS axis has been trying to provoke Russian into firing the shot that will be heard around the world and recognised as the startiung signal for World War Three.
Nothing is ever as it seems to be however, and views from middle east and far eastern journals suggest the USA is also working at destabilizing EU nations in order to force their support in its wars.