Skip to content
HomeRussia’s Surprise Withdrawal From Syria? “If We Don’t Go Away, We Can’t Come back Again.” 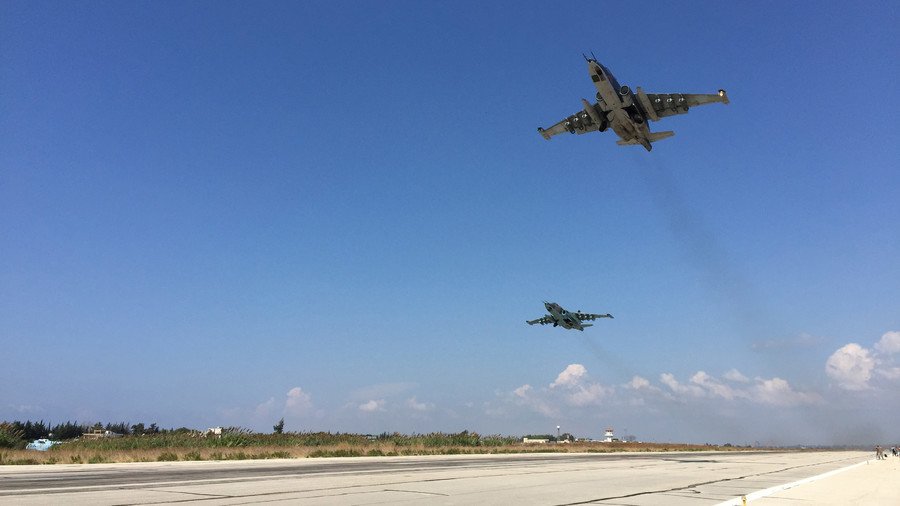 Russian warplanes: Leaving Syria but for how long?

Although we Boggart Bloggers like to boast we are usually ahead of the news, and in some cases even manage to report news before it happens (and still get it right) we have to admit we did not see yesterday’s announcement, following a meeting between Vladimir Putin and Bashir al Assad, of the withdrawal of all Russian army and airforce combat personnel from Syria took us by surprise.

There is no doubt that the withdrawal is not quite what it seems to be, but more likely a tactical move by the Russians. The Kremlin feels it has done enough to secure the regime of President Assad, the remnants of the Sunni Muslim Free Syrian Army are no longer capable of mounting a challenge and the Syrians, along with Shi’ite militias in Iraq and Kurdish irregulars, backed by Iranian Republic an Guard troops ought to be capable of dealing with ISIS whose forces (terrorists rather than an organised fighting force) are dispersing and heading for other failed states and basket case states in Africa.

Thus Putin’s move not only draws the sting out of US propaganda from The Pentagon and The State Department that was aimed at convincing the world (and particularly British voters who are making up their minds how to vote in the EU referendum,) that Russia had ambitions to expand its territories in Europe and Asia and this threatened the security of Britain.

Western media are presenting the withdrawal as a move aimed at forcing Assad to negotiate a transition from autocratic rule to a more democratic system. but even such a move could be nuanced, most things that happen in Russian politics are, as Zero Hedge suggests:

On Monday, Putin surprised the world by announcing a partial withdrawal of the Russian military presence from Syria. Moscow’s warplanes, backed by Hezbollah ground troops, had effectively encircled Aleppo where rebels were preparing to make what amounted to a last stand just prior to the ceasefire that took effect late last month.

“I think that the tasks set to the defense ministry are generally fulfilled,” Putin said. “That is why I order to begin withdrawal of most of our military group from Syria starting from tomorrow,” he added.

Indeed. Despite President Obama’s early contention that Russia would end up in a “quagmire” in Syria, The Kremlin instead showed what happens when a mishmash of loosely aligned rebels squares off against a modern air force.

Five months and thousands upon thousands of sorties later, the rebel cause has become virtually hopeless. It’s much easier to broker a ceasefire when the enemy has been, for all intents and purposes, decimated.

Now, all eyes are on peace talks in Geneva where there is “no Plan B,” according to United Nations special envoy for Syria Staffan de Mistura.

De Mistura has called a political transition the “mother of all issues,” with the only alternative being a return to war. But Syrian Foreign Minister Walid Muallem has shown little willingness to negotiate for the future of President Assad while the main Syrian opposition umbrella group, the High Negotiations Committee looks determined to demand the installation of some manner of interim government devoid of Assad and his top brass.

“[We don’t know] who we are negotiating with and what the issues are,” Syria’s UN representative, Bashar Jaafari complains. All sides probably feel the same way.

Other sources are suggesting the move is a symbolic gesture to the Syrian opposition pill, because while they are involved in negotiations on Syria’s future and their US ally in The White House has stepped back, the crushing damage suffered by the anti – Assad guerillas due to Russian air strikes has rendered the opposition groups the west could support completely ineffective.

Not even the rogue state Turkey can support ISIS now so with forces in disarray and their supply lines destroyed they are no longer an “Islamic State” capable of threatening standing armies.

“Assad is clearly not going away anytime soon even if Russia slightly reduces its operations,” Anton Lavrov, an independent Russian military analyst told Bloomberg, adding that “this is clearly linked to the start of negotiations in Geneva [and] it’s a signal to the opposition and an attempt to influence their agreeability.” That underscores our assessment above: the opposition has now seen what can happen when there’s a lack of “agreeability,” so now Putin will play good cop to his own original bad cop and see if that works to bring the rebels to the table.

Other reports from Syria suggest the general population (a majority of which always supported Assad knowing the alternative was worse) is finding the resolve to resist the terror tactics of Islamic extremists. This from the BBC:

“On Monday, there were reports of demonstrations against the Nusra Front in territory it holds in Idlib province in north-western Syria,” BBC reports. “Photos and videos circulated on social media by an analyst with the Brookings Institution think-tank showed supporters of Western-backed rebels marching in the town of Marat al-Numan [and] there were also reports the protestors had stormed a Nusra Front prison, freeing detainees.”

Though we are sure this is not the end of the Syria sage, and ISIS are making gains in Afghanistan, Indonesia, Pakistan and many African nations including Libya and Somalia, in the middle east at least it seems things are moving in the right direction.