For the Yellow Vests movement in France, September 7th was billed as a come back from the summer break when there has been a lull in activity. France traditionally comes to a near standstill in August each year as the French head off on their annual vacation, and the protest movement was no exception.

Unpopular French President Emmanuel Macron tried to take political advantage of this distraction to advance one of his many unpopular policies, pension reform plans that will create a single national pension system with higher contributions for individual taxpayers and lower ones for business, thus stoking up the potential for an escalation of protests to the levels witnessed earlier in the year.

Former investment banker Macron is not trusted on the pension issue by 70 percent of the population according to polls and his plan is seen as a ruse to lift the retirement age to 64 from 62 and a continuation of broader policies to tax workers more to pay for the welfare state while cutting taxes for business and wealthy individuals in the name of economic stimulation and competitiveness in the world economy.

The vehicle fuel taxes that triggered the fist protests last year were ostensibly “green” but in effect they served the same purpose of relieving the tax burden on business and shifting it onto the general population.

The notion that business comes before environmental concerns reinforced by word going into the Newsdump Weekend that pesticide use in France will be allowed within distances ranging between 15 and 30 feet of schools and homes.  Environmental activists and the EELV environmentalist party expressing their opposition to the plans. Such policies have destroyed Marcon’s credibility as they contradict his pretence to be heading a ‘green’ government, having made grandiose but unachievable promises to phase out petroleum and diesel vehicles and make France a net zero emissions economy by 2040.

Thousands took to the streets of France to protest today, not in the huge numbers at the height of the movement in the early months, but significantly up on recent weeks.

Demonstrations took place in Paris, Bordeaux, Montpellier and Rouen as part of Yellow Vests’ “Act 43” rally. In some cities, particularly Montpellier, the protests turned violent with clashes between the participants and riot police. Violence was also reported in Rouen.

“The demonstrators threw projectiles on the police as protests continued into the night. Summations were made and there was the use of tear gas in response to the throwing of projectiles, the protesters were rejected and returned outside the perimeter,” the sub-prefect of permanence, Jean-Éric Winckler, said as quoted by AFP.

​In Montpellier, between 1,500 and 3,000 people took part in the rally, with clashes also reported near the city’s station. According to AFP, some of the protesters fired projectiles, prompting the police to use tear gas. 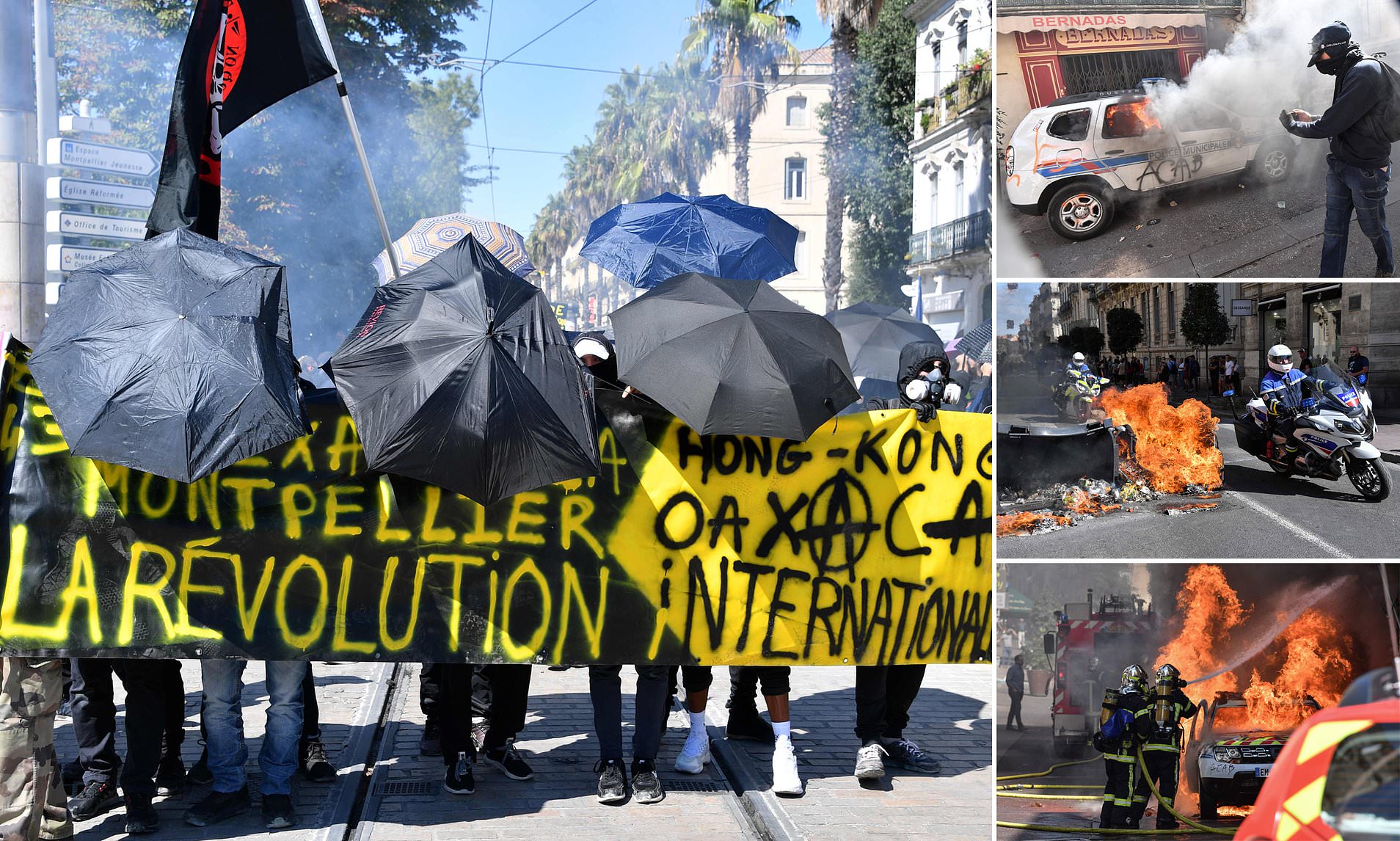 Some incidents and clashes were also reported in Lille, where more than 600 protesters took part in the rally (according to a police source), while the Yellow Vests say the number of demonstrators there stood at 1,500.

Meanwhile, during a rally in Paris, an emblematic figure of the Yellow Vests movement, Éric Drouet, was fined twice “for organizing an undeclared event” and was ordered to leave the perimeter.