You’d think Hillary Clinton might come up with a better zinger than “Russian asset” when she flew out of her volcano on leathery wings Friday and tried to jam her blunted beak through Tulsi Gabbard’s heart. Much speculation has been brewing in the Webiverse that the Flying Reptile of Chappaqua might seek an opening to join the Democratic Party 2020 free-for-all. Wasn’t “Russian asset” the big McGuffin in the Mueller Report – the tantalizing and elusive triggering device that added up to nothing — and aren’t most people over twelve years old onto that con by now? 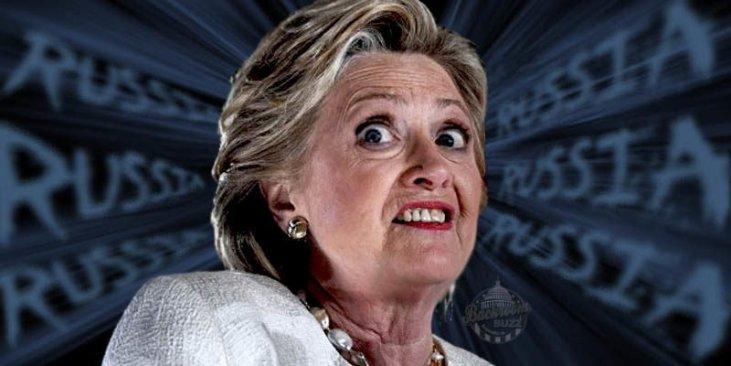 It’s not like Tulsi Gabbard was leading the pack, with two cable news networks and the nation’s leading newspapers ignoring her existence. Tulsi must have been wearing her Kevlar flak vest because she easily fended off the aerial attack and fired back at the squawking beast with a blast of napalm:

“Great! Thank you @HillaryClinton. You, the queen of warmongers, embodiment of corruption, and personification of the rot that has sickened the Democratic Party for so long, have finally come out from behind the curtain. From the day I announced my candidacy, there has been a concerted campaign to destroy my reputation. We wondered who was behind it and why. Now we know — it was always you, through your proxies….”

Ouch! The skirmish does raise the question, though: is the Democratic Party so sick and rotted that it would resort to entertaining Hillary Clinton as the 2020 nominee? Fer sure, I’d say.

READ ALL at Zero Hedge

Clinton Kill List To Determine Who Will Be US 2020 Presidential Candidate?
And then, in accordance with Murphy’s law, which states just when you think things can’t get any worse, they do, Hillary Clinton has emerged, having found what she obviously thinks is a sure – fire route to the presidency, to offer her services as vice presidential candidate to whoever wins the nomination. And just to show how far The Democrats are removed from reality, many leading figures in the party and the left leaning media think it’s a good idea.