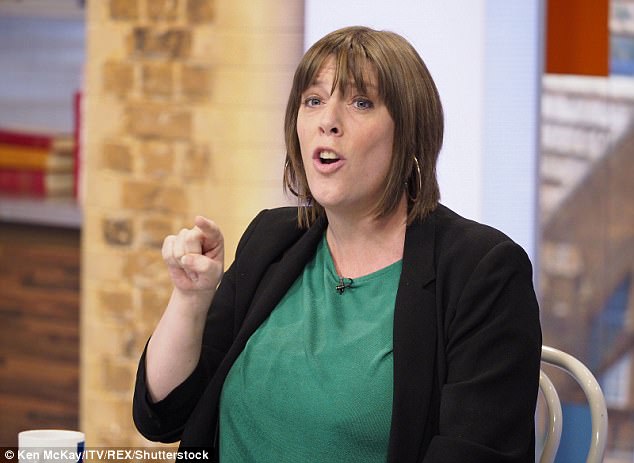 Reports coming out of Labour Party HQ suggest Jess Phillips was struggling to stay in the Labour leadership race on Monday night after the most likely union to back her opted to support “Sir” Keir Starmer, enabler of rape gangs, friend of terrorists and millionaire lawyer, instead.

USDAW, the shopworkers’ union, declared their support, stating that Sir Keir was “someone who can persuade voters that they have what it takes to be a prime minister”, and supported Angela Rayner as its deputy leadership candidate. Well if USDAW think being a smarmy, oily, slippery – toungued, self – serving, wank – stain are the qualities needed to become Prime Minister, Labour are in deeper shit than even their harshest critics suspected. Let’s not forget “Sir” Kier is not even a proper lawyer, he’s a “human rights” lawyer who got rich arguning the case for terorists and hate preachers to be allowed into Britain in cases head by fer – left activist judges who had already decided their verdict before any evidence was presented.

The USDAW nomination leaves three of the big five Labour unions left to nominate a candidate, with Unite and the CWU expected to back Rebecca Long-Bailey (Becky from accounts,) and GMB expected to choose between Lisa Nandy and Sir Keir.

Monday’s USDAW committee decision puts Sir Keir into the final round of the contest, where members and registered supporters will vote directly for their preferred candidate.

Without union backing, Jess Phillips and Emily Thornberry will now the support of five per cent of local Labour groups (CLPs) to demonstrate they have the support among the membership. Lady Nugeee (to give Thornberry her proper title,) is dead in the water, or on the sand like a big, flabby beached whale perhaps, and Phillips, despite some of her whacko pronouncements, is seen as a moderate by the ‘woke’ millennials of Momentum.

In the local associations they will both face strong resistance from Momentum, the grassroots Corbyn-supporting campaign group which has organised effectively to back its candidate in previous leadership contests.
This is disappointing news, while I do not agree with much Jess Phillps says, she is at least entertaining and has more personality that the other four put together. All would be absolute disasters as Prime Minister of course, but Labour should reject Starmer as potentially more catastrophic for the party than Corbyn & Co.

All it would need to plunge s Sartmer – led party into the depths of destruction is for some rogue MP to find the testicular fortitude to drag up Starmer’s record as Director of Public Prosecutions and the fact that it was on his watch the edict went out to police forces and prosecutors to back off investigating the notorious Asian grooming gangs in order to avoid increasing inter – racial tensions.

Sarcasm and invective aside, one thing I do support Jess Phillips for is her superior understanding of the nature of Labour’s core vote. While the other candidates are content to refer to “the working class” as if there is a great mass of bovine cud – chewers just waiting to be told what they think by far – left intellectuals who claim to speak for “the working class,” but have never done a day’s real work in their lives.

Jess Phillips alone of the Labour leadership candidates has recognised the scope of working class diversity, and that should be to her credit, although given the level of contempt The Inner Party (h/t George Orwell) shows for the average working class person,  the gap between voters and the political elite is only going to get wider.