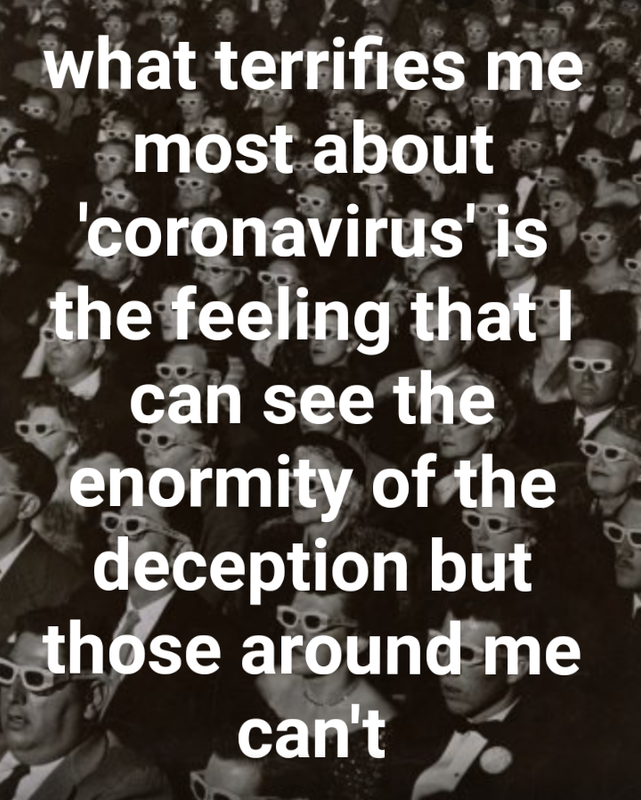 Germany’s Official State TV Channel Cheers Coronavirus For Killing Old People Trawling around the weirder fringes of the web, as we bloggers and cyberjournalists are sometimes obliged to if we want to bring you the news the mainstream will not report, one occasionally comes across something important but disturbing – like being brought face – to – face with how sick and warped the far left ecopsychos really are. Take a sketch recently broadcast as part of a satirical show the title of which translates as Bohemian Browser Ballet, shown by German state broadcaster ARD. UK To Ask Citizens Over 70 To Self – Isolatate For 4 MONTHS As Coronavirus Fails To Kill Zillions UK Health Secretary Matt Hancock today confirmed the government plans to ask people aged over 70 to isolate themselves for up to four months amid a coronavirus pandemic. The goal is to protect them. It’s quite obvious to us, experienced bloggers that we are, that the government, civil service, law encorgement and national security agencies and all the assorted experts and talking heads have forgotten the lesson our generation learned from The Hitch Hiker’s Guide To The Galaxy … Is the World Health Organization involved in biological warfare research? Dr. Francis Boyle, a professor of international law, talked in a recent interview with about the Wuhan coronavirus now sweeping through the far east, laboratory in Wuhan, China, where the genetically modified virus appears to have originated, and the World Health Organization’s (WHO) clandestine involvement in biological warfare research …Continue reading Coronavirus Contains “HIV Insertions”: Claim Stokes Fears Over Genetically Modified BioweaponFor the past two weeks mainstream media reporting of the epidemic of a new strain of coronavirus in China has been getting more and more hysterical. However, reports have pushed back against one “conspiracy theory” about the origins of the virus that has now infected as many as 70,000+ people in the central China city of Wuhan alone (depending on whom you believe). Corona Virus: Should We Worry The official data coming out of China and from other sources including the World Health Organisation (WHO) on the spread of the Wuhan coronavirus continues to suggest an exponential growth rate. With more and more infectious disease experts are now openly calling the virus a full-blown global pandemic, many people are asking should we in the west be worried and how bad might things get? Coronavirus Contains “HIV Insertions”: Claim Stokes Fears Over Genetically Modified Bioweapon The theory that China obtained the coronavirus via a Canadian research program, and started molding it into a bioweapon at the Institute of Virology in Wuhan before it somehow escaped could be an attempt by the establishment (the Davosocracy,) to spread fear and panic as they see resurgent nationalism across the developed world and growing scepticism about

EU States Rebel Against Brussels As Van Leyen Demands Borders Stay Open
The cracks in European solidarity are growing deeper by the day as the coronavirus crisis threatens to split the bloc. The response of European leaders has varied from panic, as several member-states have takeen unilateral action including severe border closures, to a laissez – fair attidude, notably from France’s idiot president Emmanuel Macron who favours total inaction, having said complacently that viruses don’t recognise borders.

Ebola outbreak caused by new strain never seen before; was it weaponized ask sceptical scientists? Since we and other blogs reported the concerns of highly regarded virologists about the strain of ebola virus involved in the outbreak currently devastating three west African nations, several more experts have gone public to say that the current strain of Ebola virus plaguing Africa and slowly spreading to other continents is potentially much more lethal than previous strains identified by virologists.

Ebola and the Absent “Humanitarians”
When the FUKUS axis leaders, France, United Kingdom and the Unites States of America were calling for approval to intervene in Libya, Yemen, Syria and Ukraine, they justified their lust for war by claiming that bombing the crap out of those counties was necessary on humanitarian grounds. And the member of the FUKUS axis and their allies spent billions of $£€ on humanitarian bombs that wreaked hiumanitarian havoc among the innocent poor and middle class citizens of those nations. Now they have work out their ‘The Jihad Is Coming’ scare but have a new weapon Ebola …

Fear and Panic and Ebola Fever
The latest attempt to justify war has been the shooting down of Malaysia Airlines flight MH17 over Ukraine allegely by pro Russia separatists with support from The Kremlin. So far the ‘compelling evidence’ the American government claimed to possess has not been revealed but such evidence as has been seen points to another false flag even. Remember the Swine Flu pandemic?They’re doing it again with Ebola fever, ramping up the scare factor and trying to spread enough fear and panic to justify suspending democratic rule by pretending this disease could potentially kill most of us.

If Free Market Capitalism Is The Global Economic System, WTF Is This All About?
One day we post a long article on how the corporate cartel is taking over the world, the next we read very credible information showing the corporate businesses that make up the cartel are being bought up by the central banks. Now nominally the central banks are owned by government, i.e. we the people. In reality however most central banks are controlled by the rothschild banking dynasty which hold jaw dropping amounts of government debt. WTF is going on?

Population Is The New Climate Change
As the fake science that was used to push the global warming scare is exposed further almost every day, where do the global elites look now for the scare story that will generate enough fear and panic to drive their global totalitarian government agenda forward? Over population is the new climate change. The Daily Stirrer tells all in this article

The International Elite’s Contempt For National Sovereignty
One of our themes in The Daily Stirrer has been the new elise and their push for global government. Here in a cross post with Philo and Sophia we look at the political philosophy behind multiculturalism global view thinking and the push to abolish national sovereignty and hand power to supranational bureaucrats

Everything has been corrupted.
We’ve been telling you for years that government and the entire public sector is corrupt. The courts, the civil service, police service etc. Your doctor and the people who will tread you if you have to go to hospital really work for Big Pharma even though their wages are paid out of taxes collected from you. The scientists who dutifully write reports that offer …

Winter Deaths: Annual Fear And Panic campaign begins
Winter deaths? Why does the government launch this big fearand panic campaign every year, if not to push flu vaccines for their Big Pharma buddies. Do you think it is coincidence that the annual ‘flu’ death toll is the same as the annual Winter Death figure. Yeah, every death from some non specific viral infection during the flu seaon is a flu death. It’s just another fraud, very few people actually die of true Influenza

Scientific Dictatorship: The Total Surveillance Society Is Coming Soon.
Just because you’re paranoid, it does not mean they are not watching you. The totall surveillance society is spreading as fast as your freedom is disappearing. CCTV, Drones, Google data snooping, giant databases, everything you do is monitored and logged.

Fear and Panic: how To Create Threats and Enemies Fear and panic has always been one of the most potent weapons of tyrants and wannabe tyrants. But in an world lacking enemies how do the elitists of the New World Order create enough fear and panic to persuade populations to surrender freedom and live under a global totalitarian government?