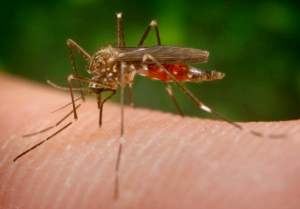 Just as it was new media that broke the story of the Ebola / US Department of Defense link last year (Why does the DARPA bological Warfare Agency need a patent on the virus and why did The Pentagon and a US University have a research team in Africa working on genetically modifying the virus? – links below this article) so a link between American GM scientists and Zika has been exposed.

Here’s an article exposing the epicentre of the Zika epidemic as the region of Brazil where only last year, Genetically Modified mosquito zapping mosquitos were released into the environment. The idea was the GM mozzies would mate with wild mosquitos but their offspring would be sterile, ergo no more baby mosquitos. Initially the scientists claimed succcess in reducing mosquito numbers. And then it all went wrong. Well biologists are all idiots with a God comolex of course, they never consider for a moment that they are anything less omnipotent and infallible. The flaw in their grand design is a thing called evolution.

I’ve never met a scientist yet who understands evolution. Why? Because to understand evolution you’d have to accept the supremacy on nature. And science tits are genetically incapable of admitting anything is cleverer than them.

And which socipoathic science nerd do you think was behind this insane plan?

It was the madman who says his vaccine programs will reduce the global population by fifty percent, The Blue Screen Of Death Demon himself, Bill Gates. Watch this video (something is blocking me from embedding it, try the link):

Ebola US bioweapon? Some difficult questions for Washington

The actress and the fascist charity millionaires