The option, listed in the “help” section of the app, allows customers to report drivers if they feel have been the target of verbal or physical abuse, discrimination or prejudice based on gender, sexual orientation, religious affiliation, or disability, French newspaper Le Parisien reports.

A 20-year-old man in France told the newspaper that he needed such an option last weekend after a poor experience with an Uber driver in Rennes.

“I summoned an Uber cab after a party. I was with my friend and we had a very banal conversation with the driver when he suddenly asked us: are you married? We answered: no. Then, he added: you are in a relationship? We said yes,” the complainant said.

“He became hyper-aggressive and asked us to get out of his car. It was the first time that it had happened to me. I did not want a problem, we went out and we had to finish the last kilometre of the walk. It was 3 am,” he added.

Similar discrimination has been reported in other countries like the United States, where a Palestinian Uber driver was accused of kicking out passengers in Los Angeles because they were Jewish. 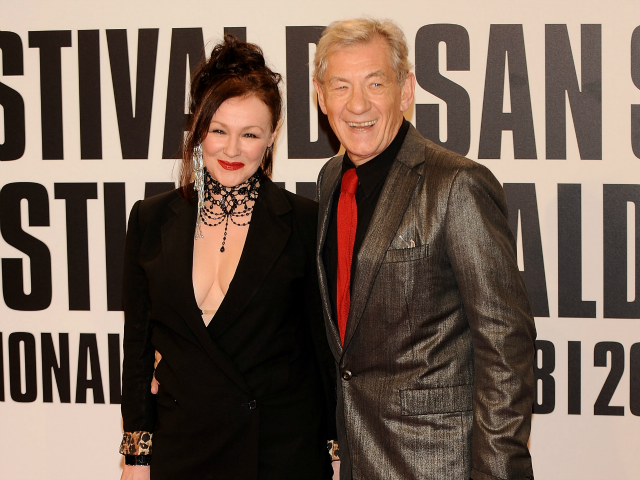 Actress Frances Barber (pictured with Sir Ian McKellen,) complained that an Uber driver who took her home after this gig told her she was dressed disgustingly (picture pbs.twing.media)

A British woman reported she once got book an Uber cab to a liquor store but the driver  refused to allow her to carry alcohol in his car as he said his religion forbade it, (not hard to guess his religion then.) When the woman called the taxi company to.complain they said drivers are self employed so it was up to the driver to decide what he would accept in his car.  This is tota! BS. Muslims cant drink alcohol. There is no rule that they can’t have it in their cars.

While it is positive, though not exactly reassuring, to know that Uber are trying to protect users from discrimination, the do not appear to be doing much to protect fare paying passengers from crime. It is widely known in Europe, the USA and elsewhere that a common practice among Uber drivers is to accept payment from ‘guest drivers’ to operate a vehicle while the registered driver takes time off. Neither passengers, the company, nor regulatory authorities have any way of knowing who these people are or if they are qualified and adequately insured to dive fare paying passengers. And that does not even consider the possibility that convicted criminals are posing as legitimate cab drivers.

Meanwhile Uber itself continues to burn investors money while also continuing to ride roughshod over local public transport laws and regulations, by claiming it is not a taxi cab operator but merely a platform that puts people needing rides in tough with people offering rides. However, the lawmakers are catching up. Uber is facing massive fines and tax penalties in the USA and EU, is banned from certain counties.

Uber is just one example of how the internet has enabled and facilitated crime.The third world invasion of European and North American nations has been helped by the internet as much as by politically correct politics and globalist dominated media. Fraudsters, scammers,  paedos, dating site liars and former Nigerian government officials needing help liberating their money have all benefitted from the anonymity provided by the web.

Criminals have always been around but the internet has made it easier and faster to steal money. The various apps accessible from your own phone, the tracking software used by Goggle, Facebook, Apple, Microsoft etc. have made it easier for the criminals to access personal information and contact individuals on a daily basis. But that’s another article.

Technology rules you
London Black Cab Drivers Take On Uber Cancer
After Leaked video Of Adolescent Idiocy Uber’s CEO Wants You To Know He Needs To “Grow Up”
As Uber Implodes Are Unicorns An Endangered Species?
The Daily Stirrer