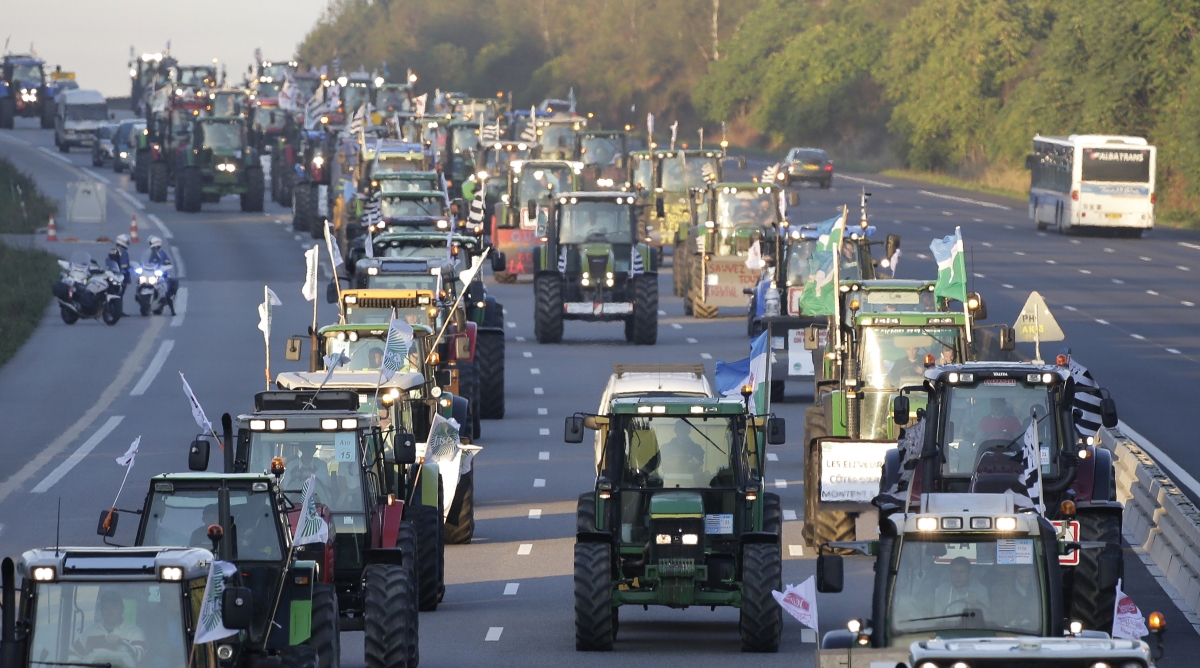 Around a thousand French farmers drove their tractors into the centre of Paris in a protest against new EU regulations which farming organisations and agricultural workers unions against they say are ruining their standard of living and destroying French agriculture. The regulations, and other globalist policies implemented by the government of Emmanuel Mascron, aim to advance the move towards merging EU member states into a federal superstate run by a committee of unelected bureucrats, and to strengthen the case for a global government. Even more dangerously for the future of France, they are part of the boy presdent Macron’s efforts to make good an election pledge to turn France into a third world nation by 2040.

Detached from reality like most of the west’s political elite, Macron seems able to shut his eyes to the detrimental effect of his virtue signalling governance on the great majority of French people. Even after a year of Yellow Vest protests, the president and his government are not getting the message.

The protesting  farmers of France assembled on the Avenue Marshal Foch, near the Champs Elysees and the Arc de Triomphe to call for the lifting of EU regulations which they insist are devastating the agricultural sector. Their main concerns center on the readiness of the media  and politicians to accept the claims voiced by the Swedish muppet Greta Thunberg on behalf of her far – left, Vegan Nazi handlers and indulge in “agri-bashing,” using some very dodgy “science” to back their sensationalist allegations, while farmers now find themselves blamed for environmental issues and pressured to amend their behavior in the name of preventing climate change.

The farmers are furious at how such fake evidence as the case that cow farts increasee the greenhouse gas levels in the atmosphere, fabricated by vegan activists and cited to justify violent attacks on butchers and dailry merchants, and calls to ban the weedkiller glyphosate, which President Emmanuel Macron wants to outlaw by 2021. They also fear that EU trade deals with Canada and the Mercosur bloc in South America will flood the market with cheap imported foods of lower standards than those imposed by the EU on internal producers.

The two main farmers’ unions have demanded a private meeting with Macron to discuss his policies. So far, we understand, the boy president has not responded.

This is just the latest in a wave of  anti-globalist revolts taking place in member states acrodss the European Union. Earlier this month, as Boggart Blog and The Daily Stirrer reported, German farmers blocked roads in Hamburg with their tractors to protest against environment regulations.

Last month (October,) it was the turn of The Netherlands, when Dutch farmers descended on Amsterdam to protest against a government proposal that livestock production be slashed by up to 50% in the name of preventing global warming.

The Yellow Vest movement in France, which just marked its first anniversary, also began as a backlash against onerous gas tax hikes and other regulations impacting rural workers.