France has been closer to social breakdown than the political establishment in the EU and their mainstream media sock puppets will ever admit since the the gilets jaunes demonstrations at their height nearly torched Paris and other cities. It would be a mistake to think, as television news bulletins and large circulation newspapers have suggested that support fot the protest movement has dwindled or the national mood is any less angry. Last month we reported on protests promted by new, over – zealous restrictions on agriculture imposed by the EU, as thousands of French farmers drove their tractors into Paris and other cities and blocked the main highways.

Today, in responce to calls by unions and activist groups for a nationwide strike, public workers across the country stayed home on Thursday, immobilizing public transit across the country as the first general strike in more than 20 years began.

The main reason for the walkout was President Emmanuel Macron’s pension reforms (not unlike how a planned – then scrapped – gas tax hike sparked the giles jaunes). 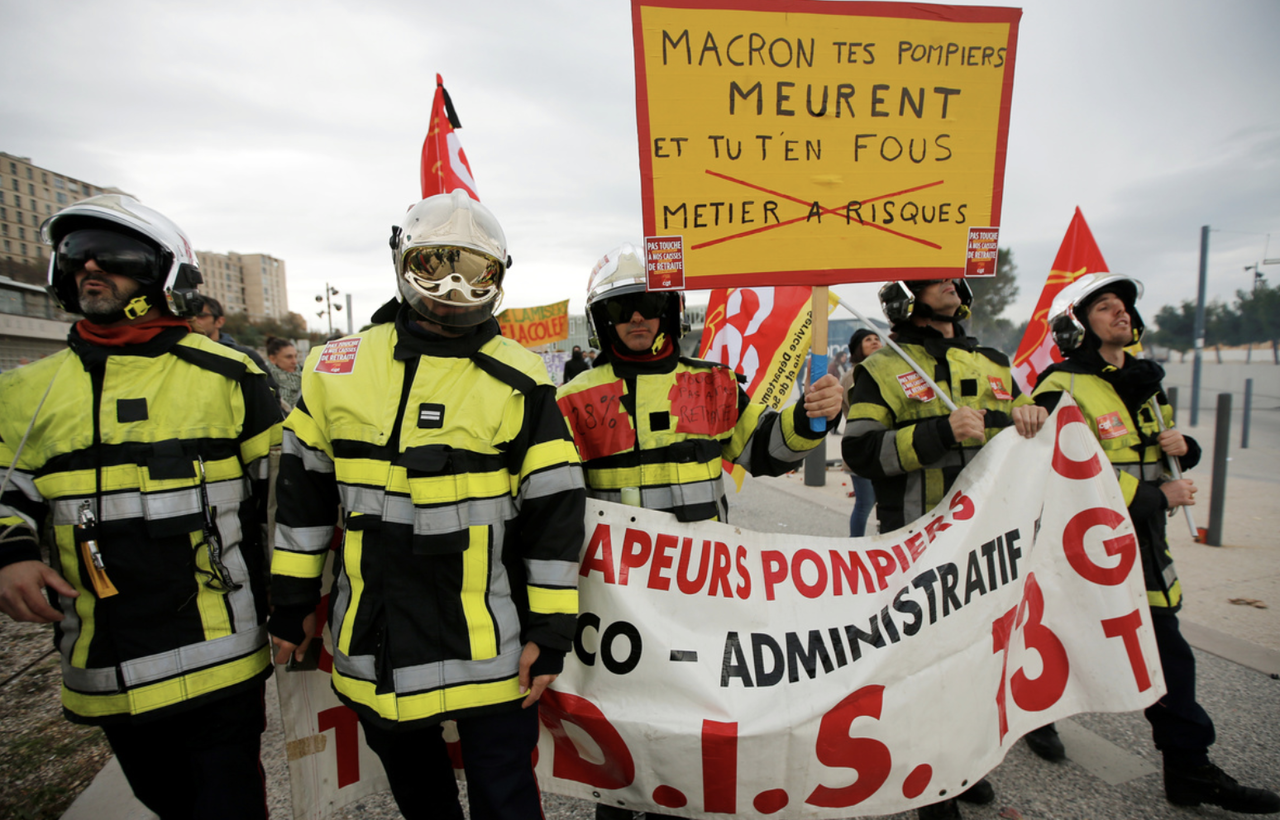 On the fist day of the strike, which is planned to last through the weekend, parts of Paris resembled ghost towns during the morning rush hours. Roads were empty, and train stations were deserted, according to the Times.

The biggest industrial action of Macron’s tenure is, so far, outweighting by a huge margin the Yellow Vests protests  in scale: 50% of French teachers are reported to be off work, nine out of ten trains have been cancelled today and eleven of the fourteen lines in the Paris Metro are closed. A total of 245 separate demonstrations have been announced across France as students,  police officers and firefighters, healthcare workers and others joining the action. Striking ground staff at Air France forced numerous flight cancellations, leaving thousands of travelers stranded. Air France cancelled 30% of its domestic flights and 10% of international short- and medium-haul flights on Thursday, RT reports.

Millions of workers are staying home.

In Paris, some commuters and shoppers resorted to bikes, skateboards or walking in the bitter cold as buses and underground trains failed to run. Some joked that the strike had made Paris into a much more ‘eco-friendly’ city. This  way of looking at the situation must have appealed to thousands of Extinction Rebellion activists and other environmentalist groups who took the opportunity to link their the climate action agenda to the protests.

The strike is expected to continue until Monday as the unions and Macron butt heads over the controversial pension reform proposals. Paris police are deploying 6,000 riot police to do battle with demonstrators who have decided to take their yellow vests out of the closet and back into action. 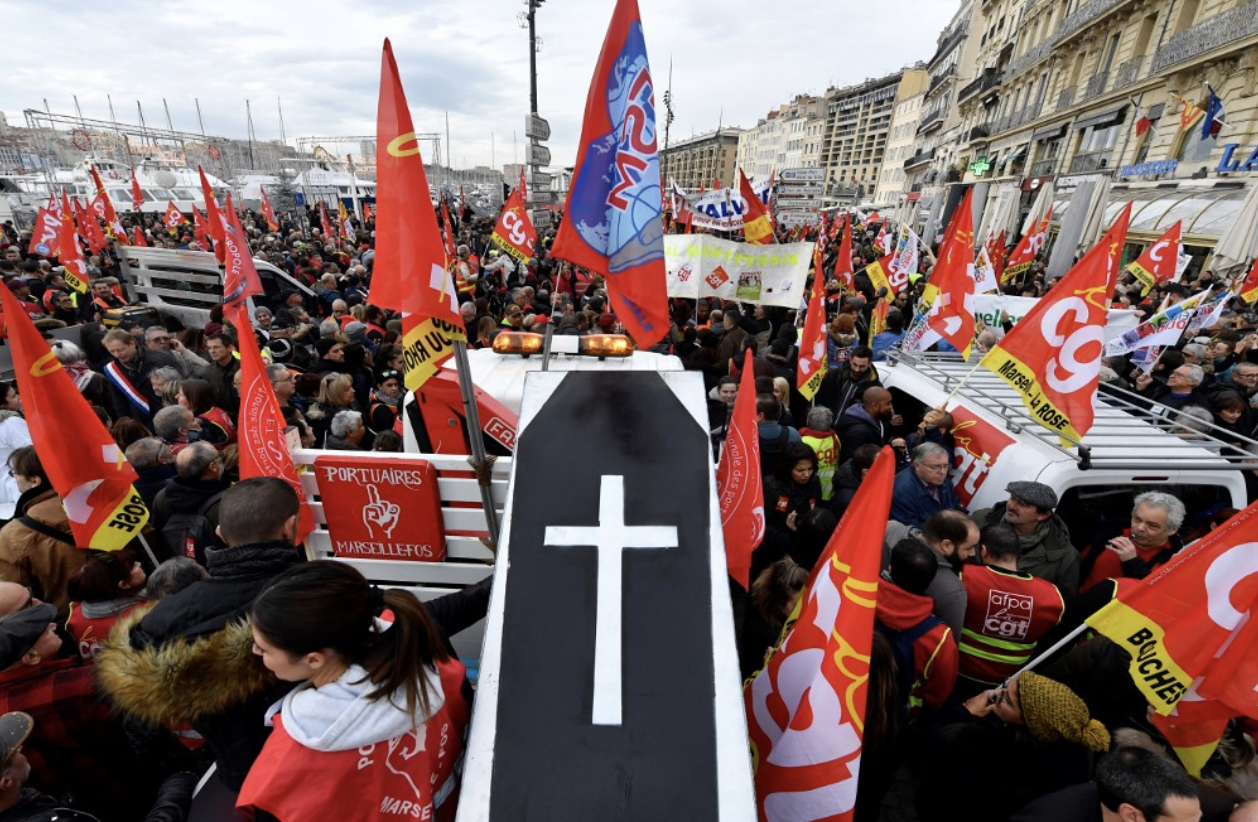 Many of the French capital’s most popular tourist spots were forced to shut their doors because of the strikes. The Eiffel Tower and the Orsay museum did not open on Thursday, while the large parts of The Louvre, the Pompidou Center and other museums were mostly closed with only the most popular exhibits accessible.

Outside the busy Gare du Nord railway station taxis lined up with their green lights on, struggling to find customers in the deserted streets.

Of more immediate concern for Macron and his beleagured government is the fact that dozens of gilet jaunes protesters are blocking the nations major fuel terminals in the south and near the city of Orleans, leaving more than 200 petrol stations without fuel on Thursday, while another 400 report they will run out on Friday. If that action persists the country could be at a standstill by the end of next week. These blockades show the protesters have a coherent strategy which could bring the country to its knees and force Macron out of office or at least into a humiliating climb down. No matter how many times political leaders wax lyrical about the wonders of clean, green, sustainable energy, society still needs oil,  in spite what the Swedeish Baby Troll Greta Thunberg and her supporters wish for.