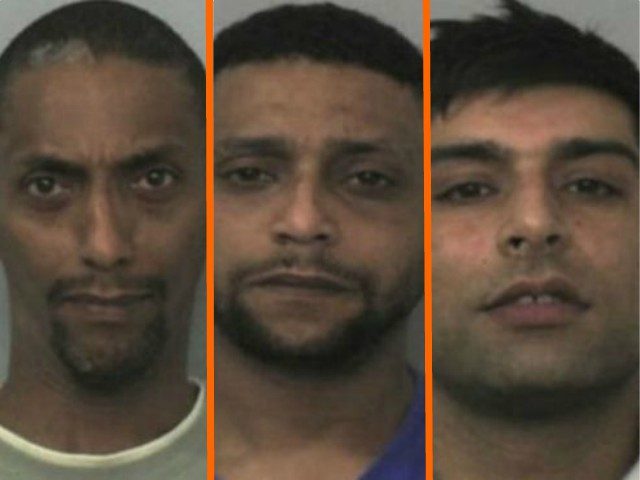 Following on from a previous report on this page, about an Oxford grooming gang that lured young girls to their “shag wagon”, three men have been now been found guilty of historic sexual offences against an Oxford school girl who was groomed and raped from the age of 14.

Anjum Dogar, 36, and brothers Mohammed Karrar, 44, and Bassam Karrar, 39, were all found guilty in a unanimous verdict by jury at Oxford Crown Court on Tuesday. on ten charges including indecent assault, conspiracy to rape, and rape, reports the Oxford Mail.

All three men were already serving prison senyences after being convicted in 2013 of similar crimes — being described as part of a “violent” sex grooming gang by the BBC — having abused six vulnerable Oxford girls over an eight-year period.

The victim of these crimes, now in her thirties, told jurors she was taken to different locations around the famous university city to be plied with drugs and alcohol, raped, and forced to perform sex acts on groups of men at parties.

While public opinion has been outraged by reports of similar crimes in industrial communities like Rotherham and Rochdale, cases in Oxford have an additional element as the city’s public image is of a genteel, academic community. In fact, in the 1950s government housing schemes built vast tracts of public housing around the outer suburbs to rehouse people displaced from larger cities in slum clearance schemes and these have become some of the most socially deprived areas in Britain.

The problems in Oxford are huge but as usual lettle is being done to address them due to the presence of immigrant communities and fears among local officials of being branded racist.