Amid all the huff and puff about wind farms and the moonshine about solar power, this blog, while deeply sceptical of Carbon Dioxide driven climate change has always said if there is a need to move to clean technologies for generating electricity, nuclear was the only viable solution.

Nuclear power has of course faced implacable opposition from the Green Blob, whose opposition to anything with any chance of reducing CO2 emissions without destroying western civilization has blocked progress on nuclear, tide power, wave power and river barrages (sorry, can’t raise the river level a couple of inches, the mud flats are a habitat for two toed toads.”)

So where do we go now? Here’s one idea guaranteed to enrage the Green Blob. For that reason alone it must be worthy of consideration. 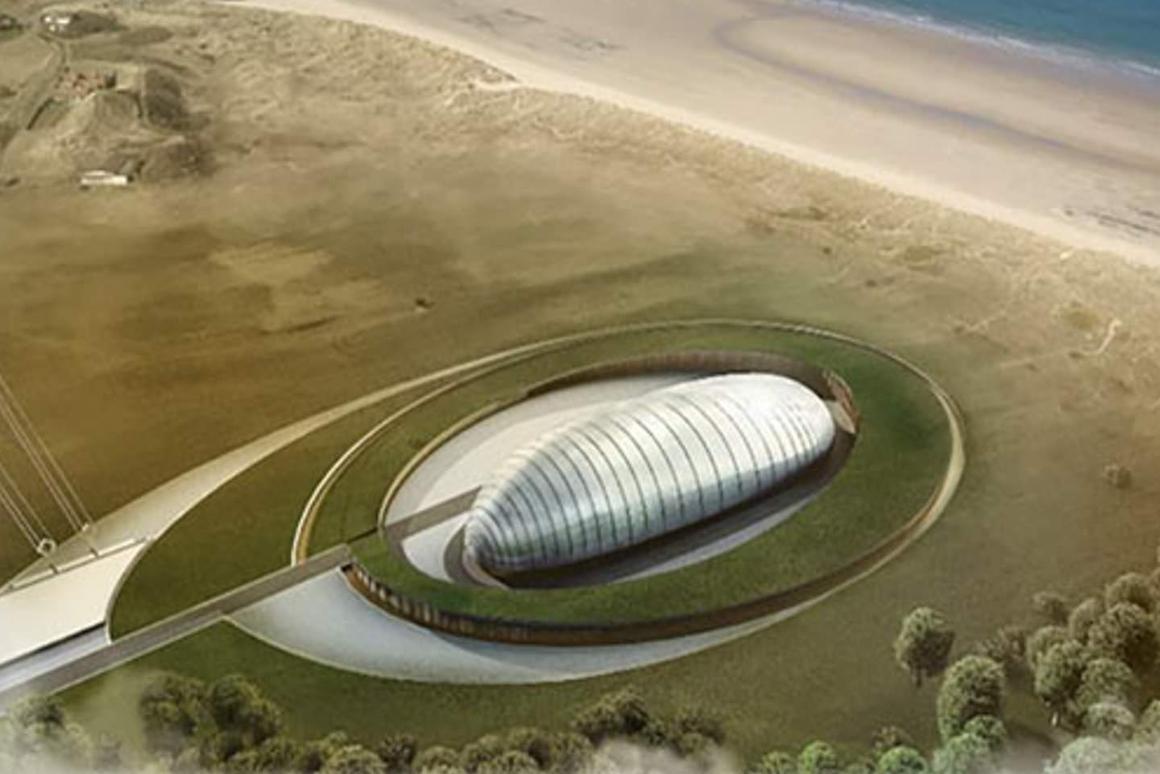 Artists impression of one of the  planned Nuclear Plants, source Rolls Royce via New Altas

Rolls-Royce has announced that it plans to build, install, and operate up to 15 mini nuclear reactors in Britain, with the first set to go online in nine years. In a BBC Radio 4 interview with business journalist Katie Prescott on January 24, 2020’s Today program, Paul Stein, chief technology officer for Rolls-Royce, said that the company is leading a consortium to produce factory-built modular nuclear reactors that can be delivered for assembly by ordinary lorries.

Currently, the world is undergoing a boom in nuclear power. According to the World Nuclear Association, there are 448 operating civilian reactors and another 53 under construction. However, almost all of these are being built in Eastern Europe and Asia, with China alone building more reactors than the entire Western world combined.

Part of the reason for this is political with every reactor program in Europe or North America facing implacable environmentalist opposition and part of it is the expense of building and operating large reactors in an energy economy now dominated by cheap natural gas. However, one technology trend that could reverse this stagnation is the development of small, modular nuclear reactors that could be mass-produced in factories, carted to the site by ordinary lorries, and then assembled to generate cheap carbon-free electricity.

This approach, too, has its drawbacks, but Rolls-Royce believes that its consortium has got its sums right and can restart Britain’s nuclear industry by building up to 15 Small Modular Reactors (SMR) with an expected value to the UK economy of £52 billion (US$68 billion), another £250 billion (US$327 billion) in exports, and 40,000 new jobs by 2050.

Each power station is projected to have a service life of 60 years and generate 440 MW of electricity, or enough to power a city the size of Leeds. The estimated cost of the electricity generated is £60 (US$78) per MWh.

“Our plan is to get energy on the grid in 2029,” Prescott told the BBC. “The obvious sites to put them are what we call brown-field sites – sites where we’re running elderly or decommissioned nuclear power stations. There are two sites in Wales and one in the northwest of England. Eventually in the UK, we’ll be rolling out 10 to 15. We’re also looking to a significant export market. In fact, the current estimate for the export market for SMRs is £250 billion, so this could be a huge industry.”

According to a previous press release from Rolls-Royce, the British government has already promised £18 million in matching funds, or about half the present costs of the endeavor, with the consortium partners providing the rest. Prescott says that the advantage of the Rolls-Royce plan is that it doesn’t involve building a whole new reactor, as other companies have tried to do, but rather to adapt a present design. In addition, the reactors will be built along manufacturing lines rather than civil construction, which the company claims will drive down costs rather than inflating them.

Why Are The World Government Schemes, Agenda 21 and Agends 30 blanked by big media?
Since the early days on the old blog.co.uk platform we have from time to time raised the issues of Agenda 21 and Agenda 30, The New World Order, and the push for a global, authoritarian, socialist government. Any mention of these things in online forums is certain to get the author accused of being a conspiracy theorist, a right wing extremist, a nutcase, a young earth creationist and much worse.

Greta Thunberg Slams Australia for Coal Industry, Expands List of Climate Demands
Little Greta Thunberg, who was elected by nobody apparently now speaks for us all on matters relating to climate change. The Swedish climate change hustler who is making a fortune for her handlers from donations to her campaign, again castigated Australia for continuing to mine and export coal despite her previous complaints, adding a call for an end worldwide to the actibity to her list of climate demands to be delivered at the upcoming World Economic Forum in Davos …