Skip to content
HomeMacron Threatens G20 On Climate Then Backs Off

France’s boy president and current climate scaremonger in chief and leading European federalist Emmanuel Macron arrived in Japan for the G-20 summit full of sound and fury, which like the stuff of Macbeth’s soliloquy in Shakespeare’s play turned out to signify nothing. Having started with a threat that France would refuse to sign the concluding statement unless it included a renewed committment to actions agreed in The Paris Accord of 2015 according to Bloomberg. 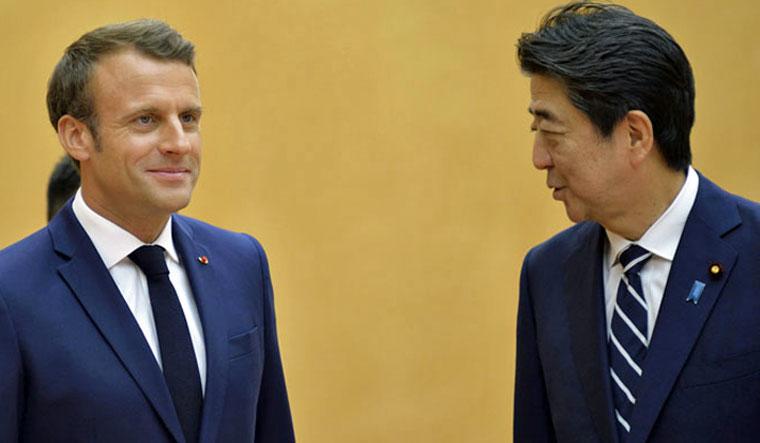 “If we are not able to get around a table and defend the climate, then France won’t go along with it,” he said. “It’s that simple.”

Then, probably because is aides were reminding him in stage whispers that The Paris Accord did not committ some of the world’s biggest carbon dioxide emitters, including China, India, Indonesia, Pakistan, Mexico and Turkey to do anything on the grounds that they are ‘developing nations, the boy president began to backpedal. One of his entourage suggested that it was impossible to discuss hypotheticals, and another said that the threat wasn’t a threat – rather, Macron was simply indicating France’s priorities.

Hours later, Macron rewound his position during a press conference with Abe, saying that he had only meant if France’s climate initiatives weren’t adopted, “We’ll have met for nothing.”

By Friday, Macron had backpedalled even more, saying only that climate would be a major issue at the G-20, a statement which did not contain a threat of any kind.

As Bloomberg notes, “Climate and bio-diversity have always been major issues for Macron — partly because the landmark 2015 Paris Accord was signed in the French capital while the former Goldman Sachs investment banker was a minister in Francopis Hollande’s socialist government, and we should not forget the even more politically significant fact that the French Green Party made major advances in May’s European parliamentary elections,, to become serious contenders alongside marine Le Pen’s EurosceptIc Rassemblement National to challenge Macron’s globalist, Europhile, neoliberal party. Macron has calculated that voters favoring tougher action on the environment could be an important source of support as he fights to stave off Le Pen’s challenge.

14 thoughts on “Macron Threatens G20 On Climate Then Backs Off”